Deforestation in the Gran Chaco

Over twice the size of California, the Gran Chaco contains south America’s second largest forest behind the Amazon Rainforest. It spans around 650,000 km2 over Argentina, Bolivia, Paraguay and Brazil in a semi-arid climate. Featuring dry thorn forest and cacti to savannas, it is home to over 850 animal species, 3400 plant species. The Gran Chaco is now under threat due to deforestation for agricultural development.

Recent observations by Landsat satellites have shown that between 1985 and 2013, ~142,000 km2 (or approximately 20%) of the forest’s area was cleared and converted to farmland. An additional 29,000 km2 were cleared from 2010 to 2018, mostly in Argentina. Using MODIS imagery, we are able to see the extent of the Gran Chaco deforestation in the Salta Province between 2000 and 2019. 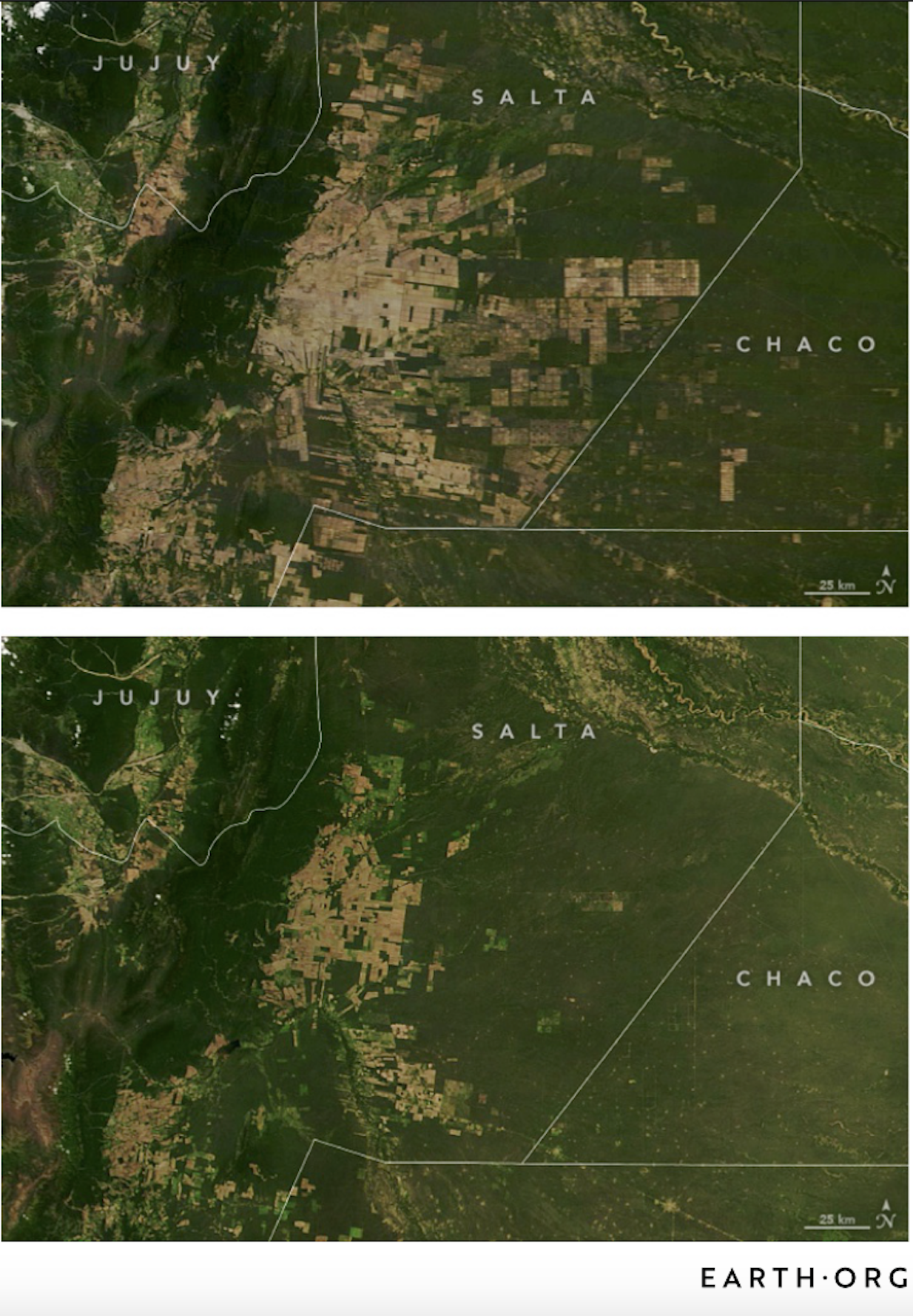