Amsterdam and the rest of the Netherlands have learnt to co-exist with water bodies, implementing sophisticated flood control systems over the last 50 years. However, rising sea levels are projected to overrun the barriers and drainage systems, meaning Amsterdam will have to invest and adapt to avoid severe flooding.

Earth.Org has mapped the extreme flooding Amsterdam could experience by 2100.

The Netherlands has been dealing with floods for hundreds of years and has learned to handle them. After a 1953 flood killed nearly 2000 people, a massive network of dams and levees was built. Indeed, 26% percent of the country is below sea level, and many agglomerations are built around water bodies with flood potential.

From dikes, dams, and floodgates to floodable amenities like the Water Square Berthemplein and salt-tolerant crops, the Netherlands has the most sophisticated water control systems in the world. In fact, most experts in the field selling their services to places at risk, like Bangladesh, are Dutch.

Despite this, the infrastructure in place today cannot protect Amsterdam forever. Meteorologists from Utrecht University say that a long term, controlled withdrawal will have to be considered. This is because the area and population that rising sea levels will put at risk would require a gargantuan investment and work to protect.

Earth.Org has modelled what some of these future extreme flooding scenarios could look like in Amsterdam by 2100. 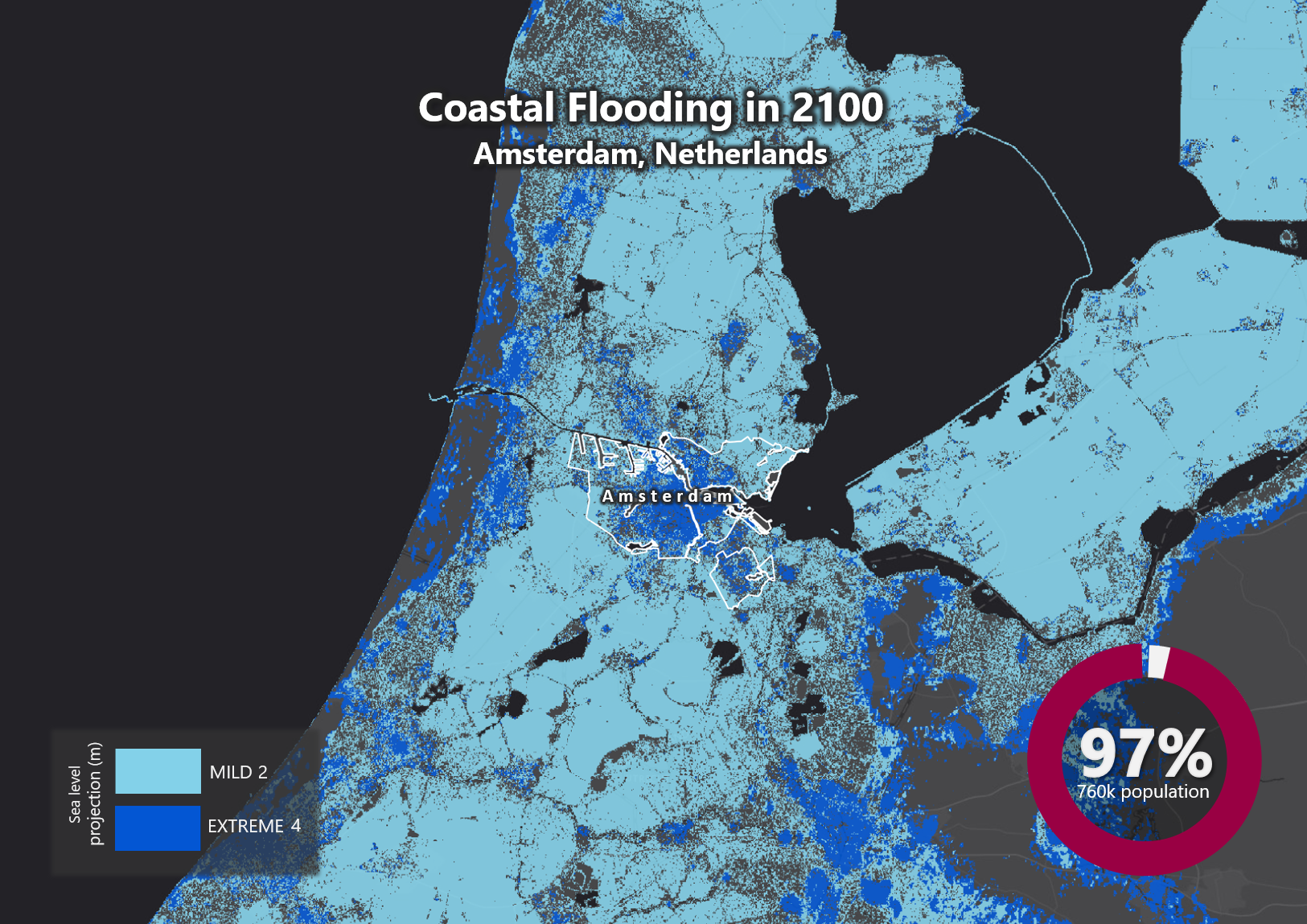 Vulnerability to Climate Change and Emissions by Country

Tipping Points in the Earth System