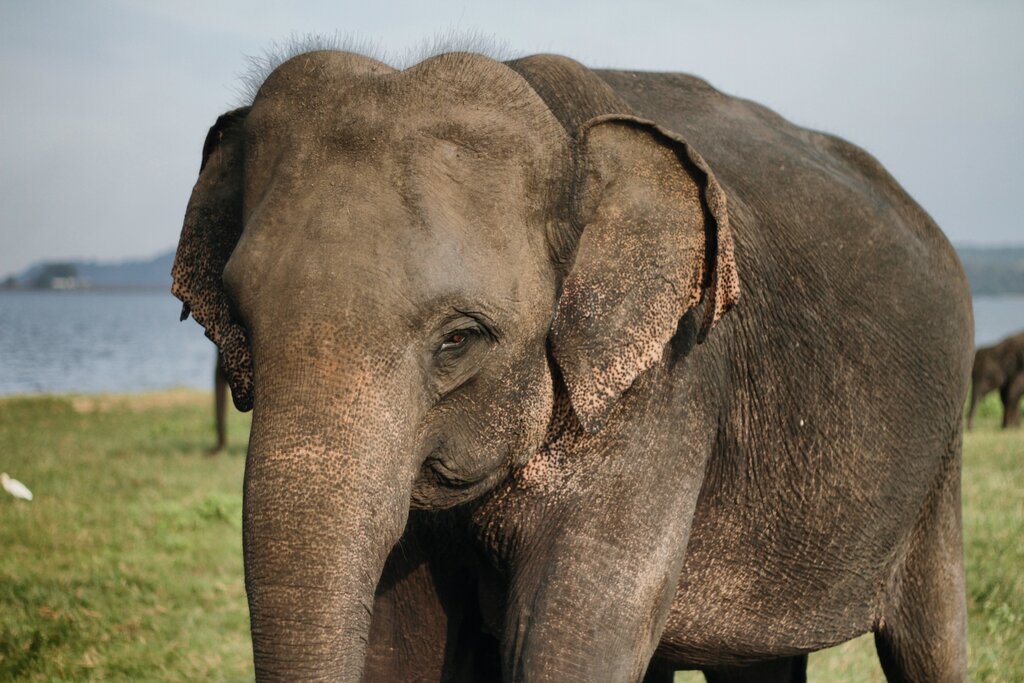 The magnificent Asian elephant, found across India and Southeast Asia, is the largest land mammal on the continent. Due to their distribution across 13 countries, differing subspecies inhabit a range of habitats, from grasslands to tropical forests. However, their advanced intelligence and complex social structure allow them to adapt to the resources available in the face of rapidly changing environments.  To celebrate World Elephant Day, which falls every year on August 12, here is all you need to know about the endangered Asian Elephant.

The herbivorous diet of an Asian elephant consists mainly of tree bark, roots, leaves, stems,  and grass. They spend approximately two thirds of their day feeding, with adults consuming as much as 130kg of food daily. Valiant individuals often wander into fields of cultivated crops, showing a preference for bananas, rice and sugarcane plants.

One of the most defining characteristics of this elephant species is their incredible trunk, which contains  approximately 40,000 muscles. It is utilised for breathing, drinking, showering, and even as a snorkel when crossing deep rivers. The Asian elephant trunk features a small, finger-like appendix at its tip to assist with holding onto small objects, whereas its cousin, the African elephant trunk has two.

As aforementioned, elephants have a high intellectual capacity which enables them to adopt  learned behaviours. With a neocortex on a similar evolutionary stage as humans, apes and dolphins, elephants demonstrated a range of behaviours, such as tool-use and displaying emotions including grief and compassion, which are typically associated with intelligence. In fact, the temporal lobe of elephants is actually larger and denser than that of humans, indicating a higher capacity for memory retention. Coupled with their extensive social ties, these spectacular animals are able to develop and socially teach novel foraging techniques, warning signals, and other behaviours which aid in their survival.

Another survival technique which elephants have evolved is their abnormally long gestation  period and birth interval. The gestation period of the Asian elephant, which lasts approximately 18 to 22 months, is one of the lengthiest amid the animal kingdom. It allows  for the calf to develop the necessary physical and neurological features to stand up a mere 20 minutes after birth, walk within an hour, and keep up with the herd after just two days of life. Along with a four year birth interval, this evolutionary adaptation allows for the herd  to continue their migratory route in search for food and water without the burden of a dependent infant.

Firstly, they assist with maintaining the integrity of their habitats. The sheer size of an Asian elephant’s body, which can reach a height of 3.8 metres and a weight of 6,000kg, facilitates the creation of pathways through dense thickets and forests. These routes ease the travel or migration of numerous species throughout the forest, in addition to controlling  the overgrowth of vegetation.

Furthermore, the monumental feeding needs of a single Asian elephant can produce as much as 100 kilograms of dung daily, spread across an area of 325 square kilometres. This allows for the mass dissemination of germinating seeds, thereby conserving plant diversity, as well as supporting a range of smaller animals which feast upon the insects and grubs found within the elephant’s faeces.

Despite their critical importance to Southeast Asia’s ecosystem, these incredible creatures  have been listed as ‘Endangered’ under the International Union for Conservation of Nature  (IUCN) Red List since 1986. Studies conducted in the mid-70s indicated a reduction in population size of over 50% over the course of three generations (approximately 75 years), primarily based on measurements of occupancy area and quality of habitat. An investigation into the fragmentation of Asia’s wild lands in 2003 revealed the impact of anthropogenic pressures on half of the species’ geographic range, with habitat loss at the forefront of  threats against the Asian elephant.

The imprudent and seemingly incessant deforestation witnessed in Southeast Asia over the past three decades is truly unparalleled. It holds the highest rate of deforestation of any  tropical region, with 1.2% of forest lost per annum, and has already destroyed over 50% of  its original forest cover. Fuelled by the constant desire for agricultural and commercial development, plantations of palm oil, rubber and timber gradually limit the amount of space and vegetation available for wild elephants. Inevitably, human-elephant conflicts occur over  land and crops, leading to increased violence towards these creatures. Additionally, linear infrastructure, such as roads, railways and canals, obstruct traditional migratory routes, endanger the lives of elephants, and push them further from protected areas. In India,  approximately 310 elephants have perished due to railroad accidents from 1987 to 2019, whereas in Sri Lanka the figure stands at 21 elephant deaths between 2018-2019 alone. 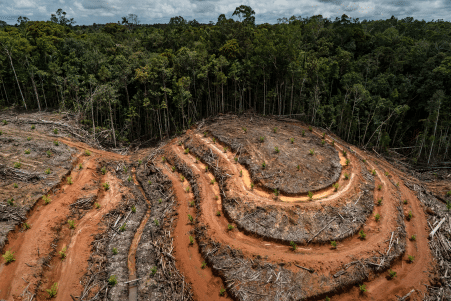 Deforestation in Indonesia to clear land for palm oil plantations (image by Ulet Ifansasti for Greenpeace).

Another major threat towards the Asian elephant is their illegal capture for labour and  tourism. Today, approximately one third of the Asian elephant population is in captivity, with  most found in Thailand, India and Myanmar. Whilst some are used for logging and mining work, the majority are utilised for performing at shows or giving rides to tourists. Fear-based techniques are used to tame the animals into submission, with little concern for their welfare. Further exacerbating the situation is the difficulty with regulating this industry, since elephants in captivity are classified as domestic animals and are thereby ‘property.’

Whilst ivory mainly originates from African elephants, due to the fact that female Asian  elephants do not have tusks and some males never develop theirs, poaching still poses a great danger to Asian elephant populations. Elephants are poached for their skin, meat, tail  hair and other body parts, as the use of elephant skin in jewellery and pharmaceutical products has increased in popularity over the past few years.

Conservation efforts have been underway for decades, yet with the ever-increasing  population of Southeast Asia and the difficulties with regulating illegal trade, the protection of the Asian elephant has proven difficult.

The main priority in elephant conservation is the preservation and restoration of their  habitat, with a focus on forest connectivity and the establishment of protected areas as core habitats. Studies have shown that, whilst some countries still possess a fairly decent amount of potential elephant habitat, only a small percentage of that land is protected and it is often fragmented by anthropogenic structures. In addition, the introduction of invasive species and livestock has heavily impacted the quality and availability of vegetation habitually consumed by Asian elephants. In Myanmar, an area of 170,000 square kilometres was  identified as suitable for elephant inhabitation in 2003, yet only 7% of that land was  protected by the local government. Furthermore, pre-existing protected areas, such as the Kathapa National Park and the Htamanthi Wildlife Sanctuary, accommodate only a very small percentage of all Asian elephants within Myanmar. The majority of Asian elephant populations inhabit areas frequently utilised by humans.

There is thus a clear need to expand conservation efforts beyond maintaining currently protected areas. An extensive investigation into the traditional migratory routes of each Asian elephant subspecies is needed to highlight the regions in which forest corridors should  be established to maintain forest connectivity.In India, the Asian Rhino and Elephant Action Strategy (AREAS), launched in 2000 by WWF, has been successful in securing habitat  protection and connectivity through the collaborative work of local NGOs, forest departments, and communities.

In areas where elephants and humans must inevitably coincide, education and awareness building programs are necessary for local communities to understand how to defuse encounters without the use of violence. WWF has been actively supporting local populations in establishing eco-friendly elephant deterrents around crops, as well as in learning how to safely usher elephants back into the forest.

In an effort to combat the illegal capture, trade and poaching of Asian elephants, international NGOs have partnered with local agencies in conducting wildlife patrols throughout core elephant habitats.

Of equal importance is the work conducted by local NGOs, such as the Voice for Asian Elephants Society (VFAES). As news of wildlife deaths tend to escape international media  attention, organisations such as the VFAES shed light on the ongoing plight of Asian elephants in remote, and often forgotten parts of India. Most recently, they highlighted the unprecedented number of elephant deaths in Odisha’s forests during the COVID-19  pandemic, as restrictions limited the number of patrols conducted around forested areas. Their numerous local projects, such as the positioning of reflective billboards along highways to protect elephants from road accidents, as well as the instalment and widespread advocation of elephant-friendly electric fences, have saved the lives of countless elephants. 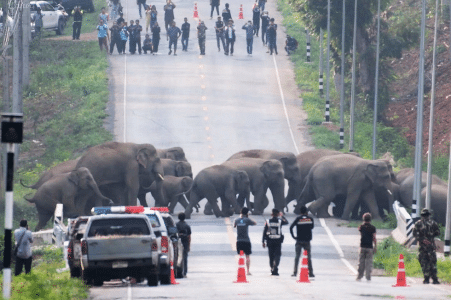 A herd of Indian elephants crossing a highway in Odisha (photo from the Voice for Asian Elephants Society).

What Can You Do? 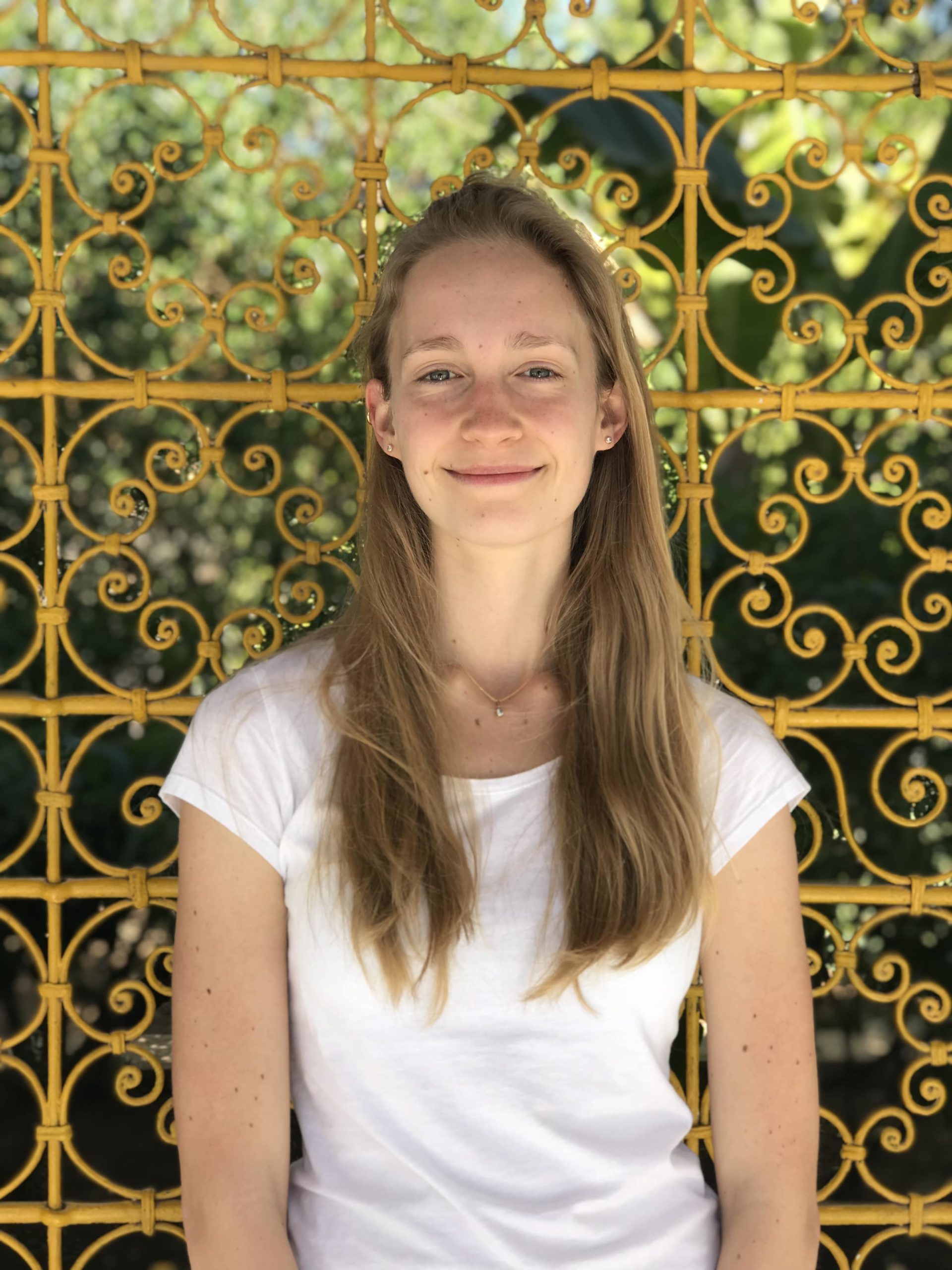 Clara Steel is an aspiring wildlife conservationist with a background in law. After graduating from university and dabbling in the culinary industry, she discovered her passion for conservation and environmental sustainability. Having completed courses in animal behaviour, marine ecology and conservation research, she hopes to continue her education in zoology to one day work in wildlife rehabilitation centres. 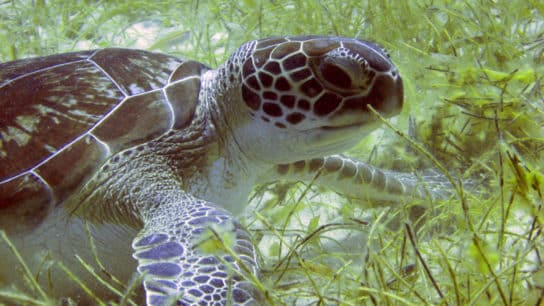 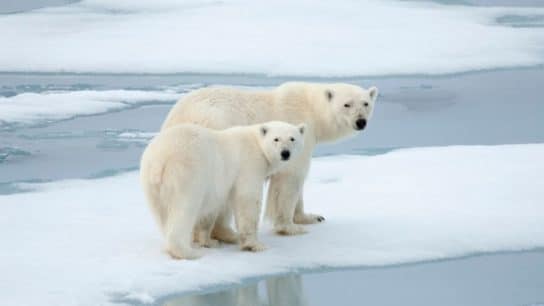 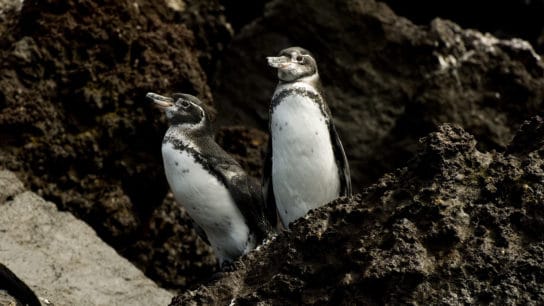