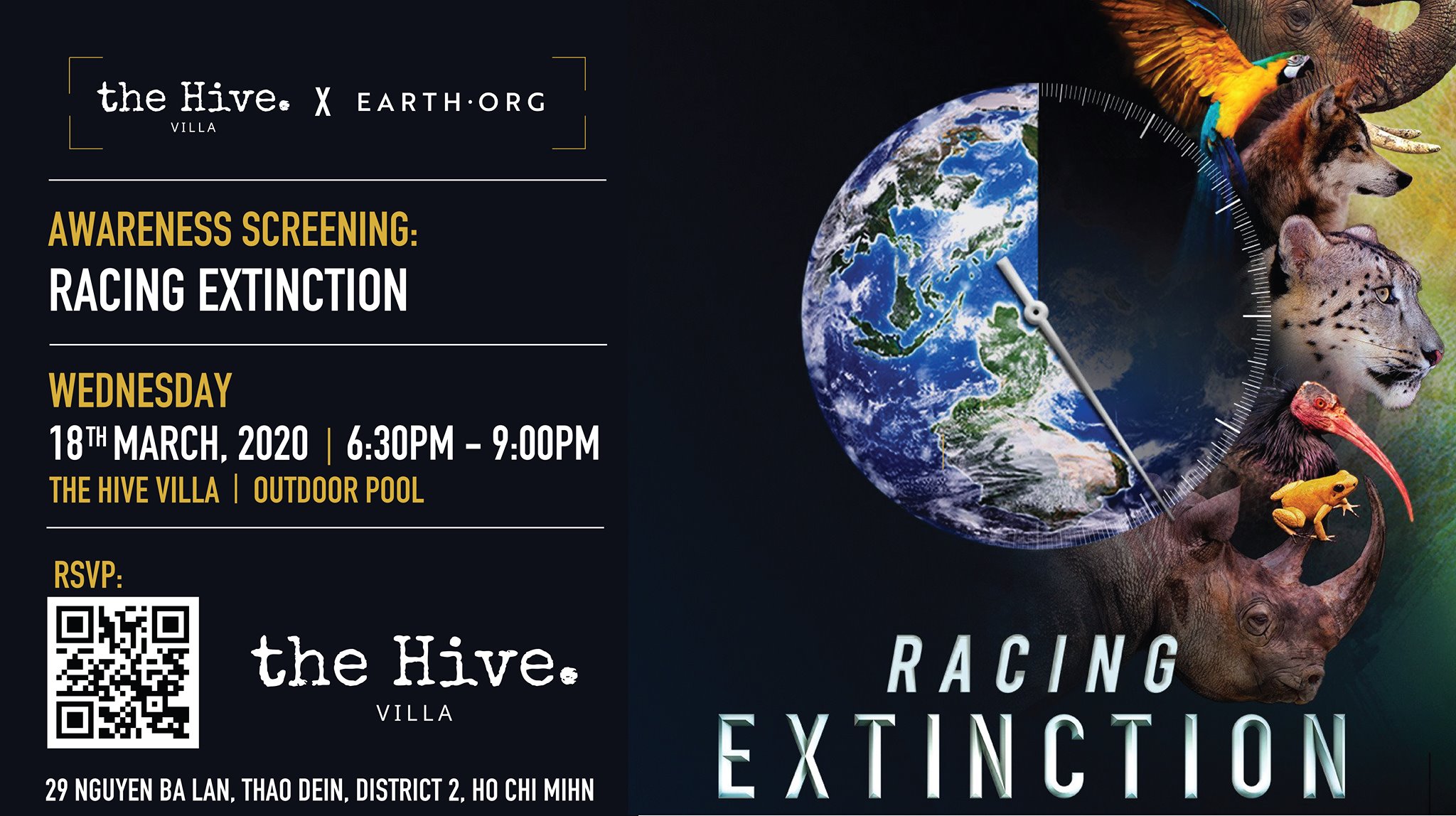 In collaboration with The Hive (Villa Saigon), join us for another Awareness Screening for an important look into this eye-opening documentary, “Racing Extinction.”

This era is called the Anthropocene era, or the ‘Age of Man’. The evidence shows that humanity has sparked this catastrophic loss and we are the only ones who can stop it.

About the film:
Utilising state-of-the-art equipment, Oscar-winner Louie Psihoyos (The Cove) assembles a team of artists and activists intent on showing the world never-before-seen images that expose issues of endangered species and mass extinction.

Check out the trailer here: https://www.youtube.com/watch?v=MwxyrLUdcss