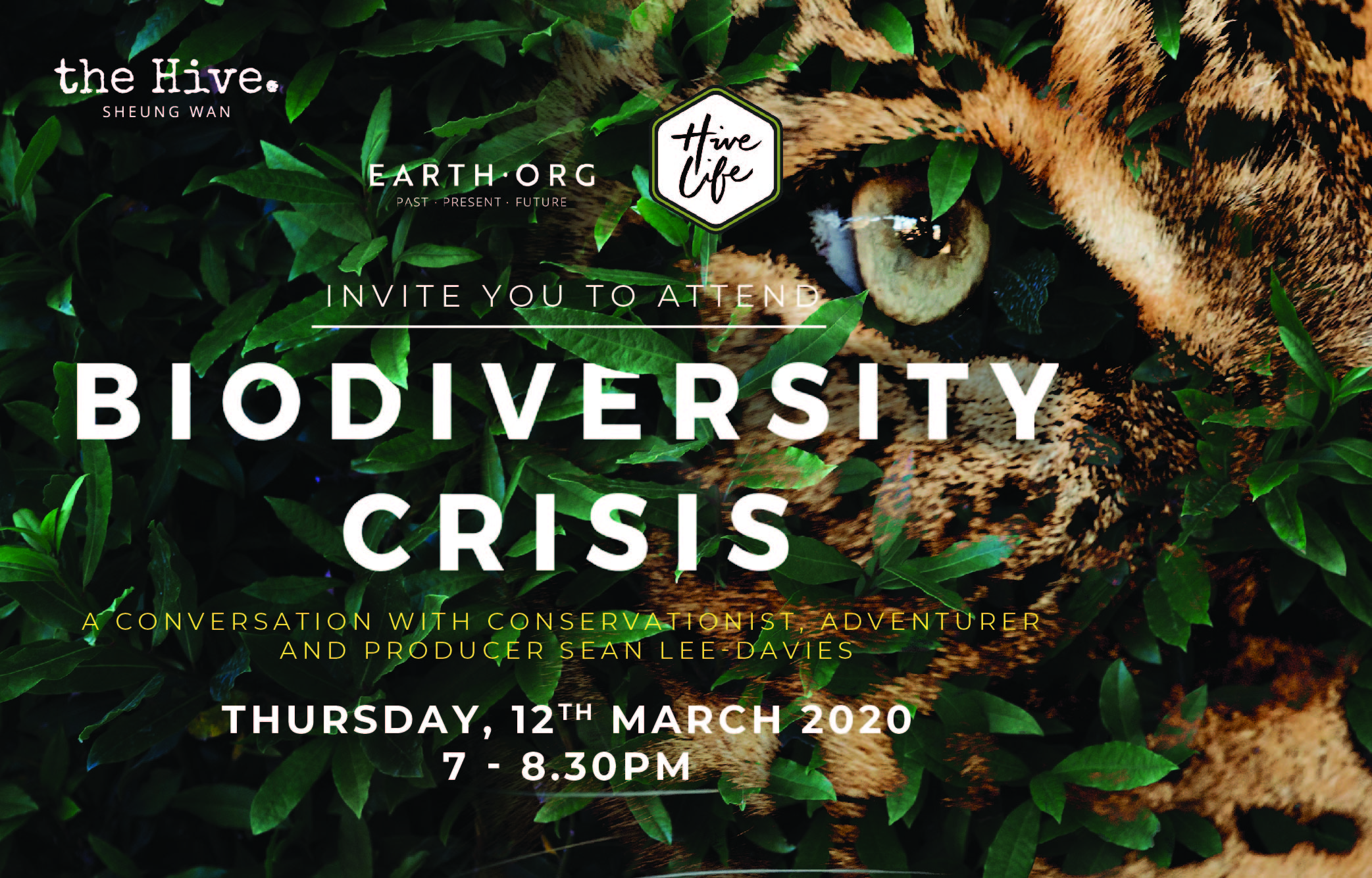 Sean Lee-Davies is a wildlife conservationist, adventurer and producer who founded Project C: Change, an NGO that raises funds and awareness in Asia to combat the illegal wildlife trade through art, photography and film. The funds generated from his multimedia projects go to charities working to protect animals and ecosystems from poaching, overfishing and possible extinction.

Earth.Org will interview him on his experience as a conservationist in Asia, using the power of media to bring awareness to an issue plaguing humanity.

This will be a relaxed fireside chat; a 20 minutes interview followed by 40 minutes of Q&A with a small & engaged audience.

• How Sean’s travels have shaped his activism
• Challenges in bringing awareness to long-term environmental issues, especially in Asia
• The state of the illegal wildlife trade in Asia
• The use of technology and media in the fight against climate change and the illegal wildlife trade
• The impact of celebrity influence in communicating the state of the planet
• The progress that Hong Kong has made in addressing biodiversity loss and pollution and what still needs to change
• Best ways to shift global society’s consciousness on environmental issues

Sean began his professional life at independent film companies in London before joining Colombia Pictures in Hong Kong. He soon moved into the world of magazines where he served as the director of editorial and photography at Edipresse Media Asia. He is the founder of Awethentic Studio, a production house specialising in branded content, television and film and has since produced and hosted shows all over Asia, including documentaries for National Geographic, Channel News Asia and TVB. Sean is also the founder of Project C:Change, which raises funds and awareness in Asia to combat the trade of endangered wildlife through art, photography and film.