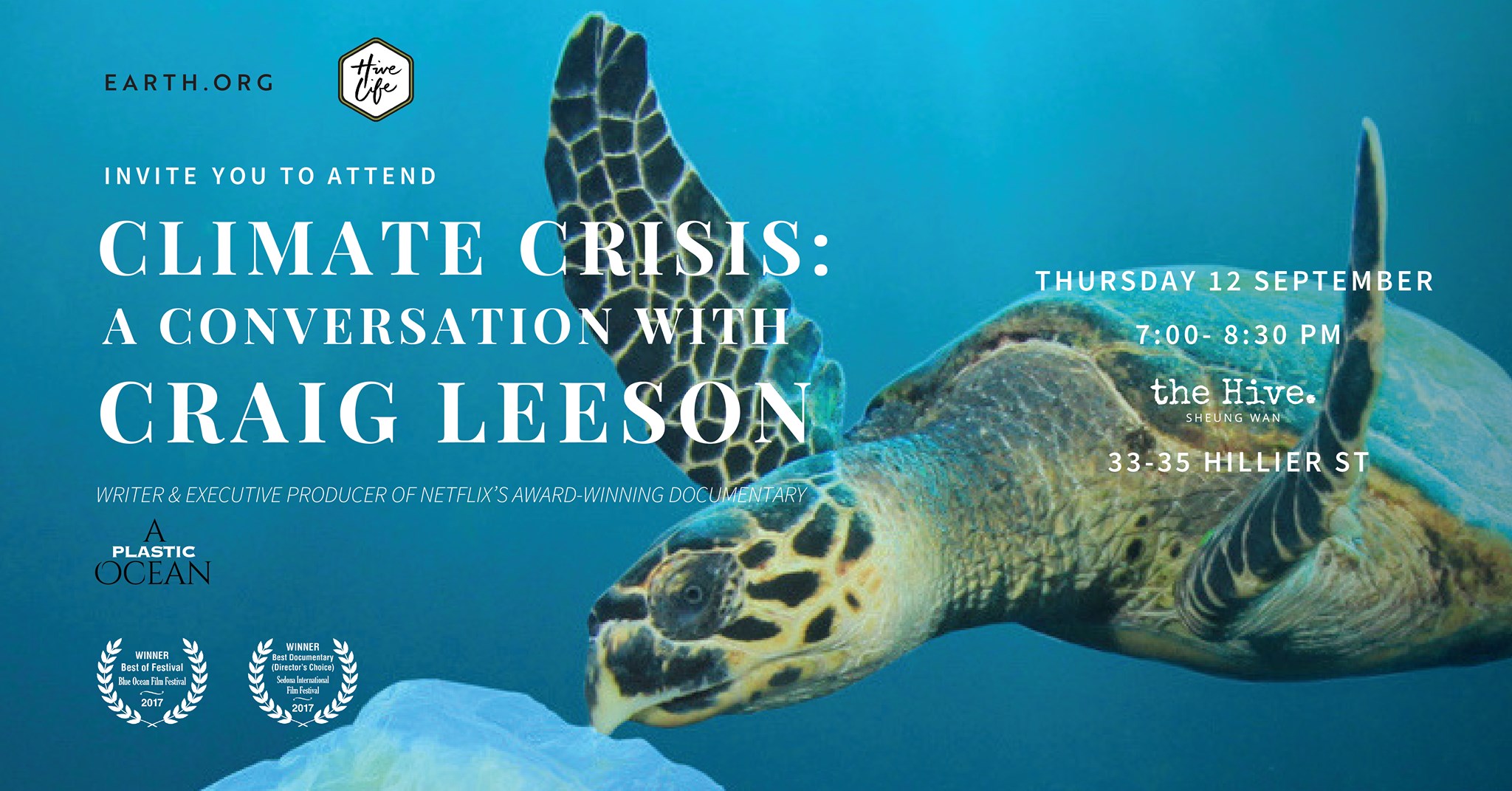 Craig Leeson is a globally renowned ocean lover, arctic explorer, surfer and journalist who wrote, directed and produced the award-winning Netflix documentary “A Plastic Ocean.” Earth.Org will interview him on his experience as a filmmaker, exploring his life journey that brought him into the international spotlight.

This will be a relaxed fireside chat; a 20 minutes interview followed by 40 minutes of Q&A with a small & engaged audience.

Topics we’ll cover:
• State of the Planet: Plastic anecdotes
• Keeping up a sense of urgency for a long-term problem
• How to influence world-scale behavioural change in society
• Insider tips on how to make real impact and be a driver of policy change
• The importance of philanthropy for documentary filmmakers

About Craig Leeson:
Craig is an all-rounded renaissance communication man with a passion for the environment. An award-winning journalist, filmmaker, television presenter and public speaker, his debut documentary “A Plastic Ocean” topped the category charts in the U.S., the U.K., and Canada. It won more than 15 film festival awards and is shifting global attitudes towards the Planet’s plastic emergency.

He began his career as a newspaper journalist before moving to television as a news correspondent and anchor. Craig has worked with major global broadcasters including the BBC, CNN, Bloomberg, PBS and Australia’s ABC. He began his documentary filmmaking career with the National Geographic Channel. Craig is also a qualified surf life saver, an advanced scuba diver and a private pilot.

His newest documentary “The Last Glaciers” will be released by the end of 2019. He is also the Global Evangelist for Plastic Oceans International and the Global Sustainability Ambassador for BNP Paribas.