Saltwater aquariums are aesthetic displays of reef systems that are placed inside homes or public spaces to evoke a sense of calm. Less calming is the process of harvesting these marine organisms, which is severely deteriorating sensitive coral reef systems.

The Truth About Aquariums

Some countries, like Hawaii, lack regulations that protect their reefs- anyone is free to take reef fish; unless a net with holes smaller than two inches is used, people are able to catch fish for home aquariums without permits. Other countries may have stricter regulations such as the Philippines, that ban visitors from taking marine organisms and ban the use of destructive fishing methods. Despite this, marine animals are still collected through unsustainable practices, including using cyanide as a sedative to collect reef fish, physically chiselling corals and snapping off branch corals to scare fish into nets. These practices are highly destructive to reefs, causing massive trauma to slow-growing corals. The marine aquarium trade is an added pressure on the planet’s reef systems, along with the climate crisis, overfishing and accidental damage by tourists. The Banggai Cardinalfish is an example of a reef fish that has been harvested to the point of endangerment. 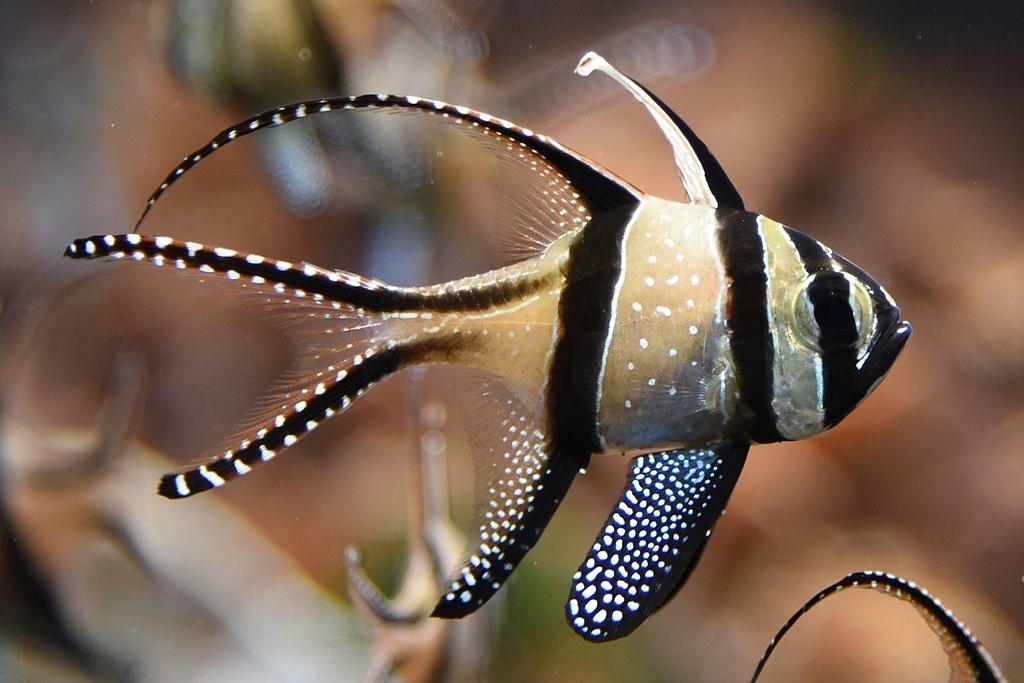 Some countries have banned some of the most destructive techniques of harvesting reef species, for example the Philippines’ Fisheries code of 1998, however, it is difficult to monitor and educate locals on better harvesting techniques as most fish harvesters for aquariums are individuals or small families that sell to exporters that ship the animals, with the largest markets being the US, Europe and Japan. This is exacerbated by government corruption and poor enforcement, particularly in the Asia-Pacific region.

However, the trade is essential for communities living in the Coral Triangle, including the Philippines, Indonesia, Papua New Guinea and Malaysia. Named for its incredible number of coral (nearly 600 different species of reef-building corals alone), communities in this region are usually limited in job opportunities due to the lack of development and with the aquarium trade booming in demand, the trade provides vital jobs.

Aside from reef destruction from harvesting, countries are reporting invasive species introduced by the aquarium trade. An example of this is the lionfish that has wreaked havoc in US waters. The fish, native to the South Pacific and Indian Oceans, has been introduced to Atlantic waters through accidental or mercy releases by aquarium owners. The lionfish is a predatory fish that poses a considerable threat to native species due to competition and predation. A study by Oregon State University revealed that over a five-week period, the presence of lionfish on reefs prevented 79% of small larval fish reaching adulthood in coral research sites. These important species include herbivores that graze on algae that grow on corals; without them, the health of corals drastically decreases. Common snapper and grouper populations are decreasing as the lionfish competes with them for food. Economic damage from the lionfish invasion was analysed in Jamaica and was estimated to be approximately USD$11 million for June of 2011 alone. A more recent study conducted on the smaller Island of Tobago shows that the welfare loss due to lionfish invasion was valued at USD$130 000 per year. Some other popular fish for aquariums seen as invasive include the clownfish, tang fish and angelfish.

The only international agreement that makes provision for the protection of coral reef wildlife is the Convention on International Trade in Endangered Species of Wild Fauna and Flora. The agreement has 183 signatory countries, including China, US, Coral Triangle countries and Japan. However, a key issue with this agreement is that numerous species that are popular within the trade are not listed, making their conservation difficult.

Developed nations (importers) should take the lead in implementing laws on the trade, since countries in the Coral Triangle, for example, do not have the resources to implement and enforce regulations.

Besides regulations, developed nations can support developing nations through the provision of resources, like educating local fish harvesters on safer methods of collection, educating communities on aquacultures of local corals and marine fish, avoiding the capture of endangered species and supporting local governments to enforce regulations.

Currently, there are varying levels of success for certain regulations in the marine aquarium trade in both source and importing countries. Gear restrictions, Fish Recovery Areas, bans and catch limits, seasonal regulations and precautionary regulations are successful management methods that show the significant potential for wide-scale sustainable transformation of the trade.

However, the trade provides some environmental benefits; firstly, it increases the valuation of marine aquarium species. Although this can result in increased catches, conservation efforts have also increased. For instance, to keep up with the demand for corals in the trade, aquarists have grown corals in tanks for sale. As a result, after decades of coral propagation, extensive scientific information gained from coral aquacultures can be used in the restoration of coral reef systems. By manipulating environmental factors such as lighting, nutrition and water flow, there is greater quality, productivity and growth rates of corals.

The marine aquarium trade has also benefited science by providing easy access to marine species for research as well as educating the younger generation in the hopes that there will be more future awareness and conservation efforts. All these benefits further reflect the importance of creating a sustainable marine aquarium trade.

Coral reef systems are important ecological hotspots for ocean biodiversity and many vulnerable communities rely on them for their livelihoods. It is a shared responsibility between importing and exporting countries to improve the practices within the marine aquarium trade so that oceans and livelihoods are protected.