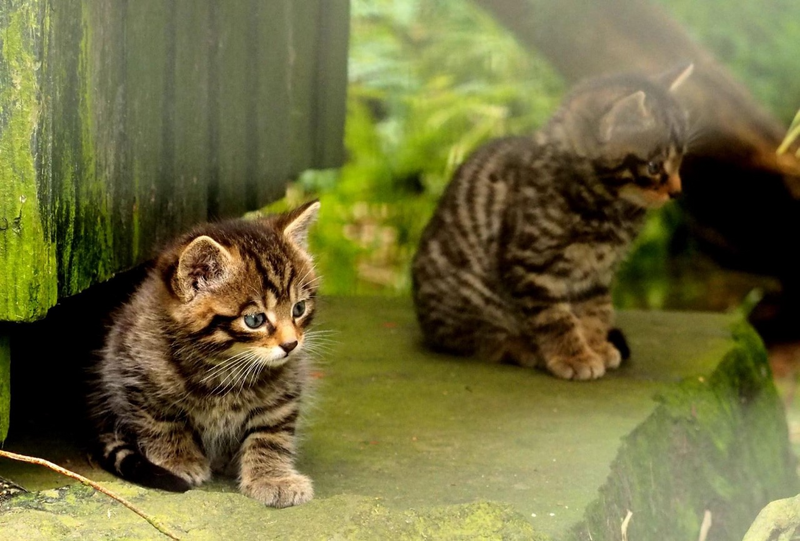 The Royal Zoological Society of Scotland (RZSS) is celebrating a record breeding year after 57 wildcats were born within the UK conservation breeding programme in 2020. 22 litters of kittens were born across 10 of the RZSS’ zoos, wildlife parks and private collections working to manage the captive population since 2015, bringing hope to the critically endangered species.

Due to habitat loss, persecution and breeding with domestic cats, wildcats are on the brink of extinction in Britain. Additionally, a new partnership project, Saving Wildcats, aims to secure a future for the Highland tiger by breeding wildcats and releasing them into the wild.

David Barclay, Saving Wildcats ex-situ conservation manager and coordinator of the UK conservation breeding programme, says, “Wildcats are one of Britain’s rarest and most endangered mammals which means every one of these kittens is a potential lifeline. Over the last few years, the members of the wildcat breeding programme have demonstrated the immense value in working together to secure a future for this iconic species.”

As part of the Saving Wildcats project, a dedicated conservation breeding for release centre is being built at Highland Wildlife Park near Aviemore. The centre will provide facilities for breeding, veterinary care, remote monitoring and training to prepare the cats for life in the wild. It is hoped that in 2022, the first cats will be released.

The project is led by RZSS and is in collaboration with NatureScot, Forestry and Land Scotland, The Cairngorms National Park Authority, Norden’s Ark and Junta de Andalucía.

Barclay adds, “It has been a challenging year but we are really excited to be bringing together all the necessary resources and expertise to save Scotland’s wildcats, and incredibly grateful to everyone making this vital work possible.”