How a Mining Project Could Wipe Out Rural Villages in Indonesia 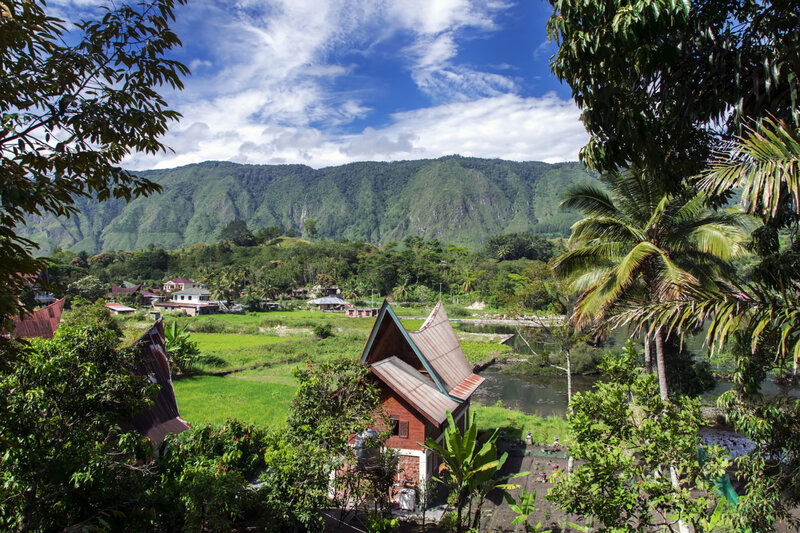 Residents from the Sopokomil Village in Indonesia are continuing their fight for the government to withdraw the PT Dairi Prima Mineral (DPM) project, a ‘highly risky’ mining project that could result in a catastrophic dam failure, putting thousands of lives at risk.

A USD$632 million mine is set to begin operations in the Sopokomil area of the Dairi Regency in Indonesia. It involves the extraction of the Anjing Hitam deposit, consisting of zinc sulphide and the secondary ore of lead sulphide and silver, over a 27 420-hectare area in the North Sumatra and Nanggroe Aceh Darussalam (NAD) provinces. The project, named the PT Dairi Prima Mineral project, is a joint venture between China Nonferrous Metal Industry’s Foreign Engineering and Construction Co., Ltd (NFC), a mining conglomerate based in Beijing, and PT Bumi Resources Tbk, the Indonesian mining giant.

The Contract of Work of the project was granted by the government of Indonesia in 1998. Further exploration and studies were carried out in subsequent years to explore the extension of the project. Positive findings were observed on the composition of the ore and the substantial amounts of it that can be extracted. In 2012, the government issued the project a borrow-use permit which allowed the commencement of development of the mine. Meanwhile, the production operation permit was issued in 2017. Pre-development planning, including the processing and transportation of ore, once the construction was completed continues to this date.

With the PT Dairi Prima Mineral (DPM) project in place, villagers have raised their concerns over the close proximity of their homes to the project site and the potential risks involved.

Around 76% of the nearby residents in the Toba and Pakpak communities work as indigenous farmers. They are worried about the sulphuric acid that will be generated when the zinc and lead sulphide extracted are exposed to oxygen and water during the mining process. Unless contained or neutralised, the acid drainage will acidify soils and water supplies, poison forests and crops and endanger lives around the mining sites. According to an article from China Dialogue, villagers have commented that ongoing exploration and development work have already caused water contamination and an increase in flash flooding due to the large-scale clearance of forests in the surrounding hills which increases erosion and runoff.

Farmer Loris Bancin said that residents have been experiencing unfamiliar health issues such as skin problems and internal pains. Meanwhile, the threat to biodiversity is another alarming issue. Out of the 24 636 hectares of concession in the initial production operation permit, over 16 000 hectares are located within protected forests.

The Sumatra forest is also home to an incredible array of flora and fauna, including critically endangered orangutans, according to Tongam Panggabean, Executive Director of the advocacy group Bakumsu. There are an estimated 10 000 species of plants in the Tropical Rainforest Heritage of Sumatra, including 17 endemic genera. It also has an impressive 201 mammal species and some 580 species of birds, of which 465 are resident and 21 are endemic, according to the World Heritage Convention. With the mining project in place, species such as the Sumatran tiger, the Sumatran orangutan, and the Sumatran elephant will be at high risk of going into extinction.

In addition to these concerns are those of the construction of a tailings dam to hold the waste slurry of the mining activities. Although the initial plan for DPM was to locate it next to the mine’s processing facility adjacent to the mine, plans have changed since then to moving it within a few hundred metres of the nearest village. 11 villages and 57 hamlets are estimated to be impacted by the development and its spillover effects on agricultural land, rivers and water sources for those living downstream.

Fears have also arisen over the high rainfall of the region where the tailings dam will be constructed. The region is among the rainiest places in the world, with an annual rate of precipitation ranging between 3 000 to 5 000mm per year, and a daily rainfall of 300 mm is common. This means that flood water rushing into the tailings dam can turn the thick slurry into liquid and easily overflow or breach the dam within a very short timeframe, releasing a large volume of the toxic sludge into the surrounding environment. It also means that the villagers will likely suffer what happened in the 2019 Brumadinho tailings dam disaster, where weeks of heavy rain liquefied the impounded material of the dam, resulting in a catastrophic mudflow of waste material that travelled rapidly downstream, killing 270 people.

In a video, Steven Emerman, mining hydrologist and Associate Professor at Utah University, emphasised that the design of the tailings dam to accommodate only a once in 100-year flood is inconsistent with international guidelines and Indonesian regulations. Instead, he argued that the dam wall needs to be at least robust enough to withstand a once in 10 000-year flood.

The unstable foundation that the tailings dam will be constructed on adds to the chances of a catastrophic dam failure. According to Dr. Richard Meehan, consulting professor at Stanford University specialising in dam design and safety, there is a high risk of the tailings dam collapsing because it is situated on an unstable volcanic sediment shaped by the Toba Tuff, the ignimbrite deposits that resulted from the eruption of the Toba caldera some 70 000 years ago. The proposed location of the dam is also in the most active earthquake zone in the world and is close to the tectonic plate that caused the Boxing Day tsunami of 2004.

In the occurrence of an earthquake, the tailings facility’s defences will shatter, and its toxic contents will seep into the groundwater. Meanwhile, the more than one million tons of slurry that could be sent downstream will have the potential to engulf the Sopokomil village within two minutes, and take out the next village downstream, Parongil, in six minutes. Similar past incidents include the 2014 Mount Polley mine disaster in Canada as a result of the mining company’s failure to account for structural insufficiencies and a local weak zone in the foundation of the dam.

A study published in the journal Geotechnical News in 2010 found that tailings dams fail at a rate of about 100 times greater than that of conventional water retention dams. In addition, a tenth of all tailings facilities worldwide has experienced stability concerns, making the PT Dairi Prima Mineral project one with high chances of faults and errors, even long after the closure of the mine. To quote from Dr. Meehan, “a failure is as likely to occur 100 years from now long after the project has been ‘closed’.”

Despite the project’s high vulnerability to faults and errors, Indonesia sees it as a significant opportunity given that zinc is in short supply globally and the demand for it is growing. The PT Dairi Prima Mineral project will tap one of the world’s largest and richest unexploited zinc reserves, removing up to six million tons of zinc and lead ore. The ore will then be grounded and the resulting concentrates shipped to China for uses in a variety of consumer and industrial goods, such as cars, aeroplanes and construction materials worldwide, according to documents obtained by Inclusive Development International, a human rights organisation that partners up with local communities and organisations worldwide to protect their rights against potential threats from investment projects.

Meanwhile, issues related to the accountability and transparency of the PT Dairi Prima Mineral project remain among concern groups, with particular doubts on the amount of power given to the mining companies. The Sumatra communities have been continuing their fights for their say across local and international platforms, emphasising the need for the government to take into serious account the societal and environmental costs of the project.

While the villagers’ fight continues, ongoing exploration and development of the project is taking place. The Indonesian government has just granted DPM the mining rights in the area until 2048, and government officials are now debating whether to approve the updated proposal to further extend the dam. The PT Dairi Prima Mineral project will continue to be a burning topic among the Indonesian and international communities.