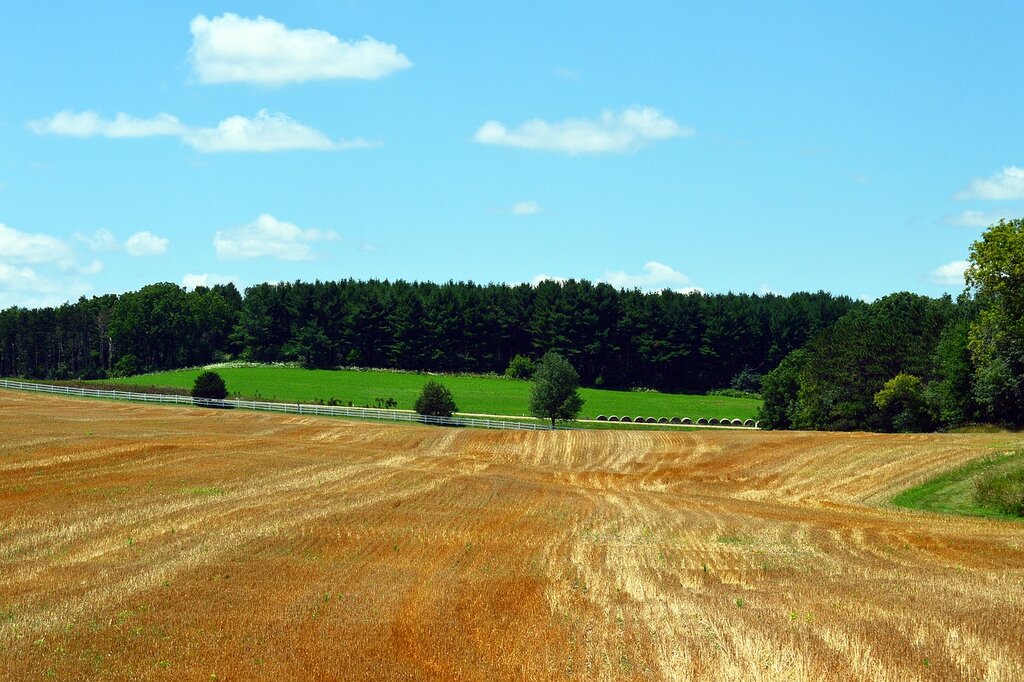 Abandoned farmland restoration can be harnessed to create more food while benefiting the environment by avoiding deforestation. Other restoration projects, led by the people, have shown promise — and rejuvenating these areas could be the start to ending world hunger.

Farm-fresh food is something nearly everyone loves. After all, they provide people with tasty, nourishing food that can keep them full and energised. Unfortunately, many farms have been left abandoned — meaning nothing is growing on the land and it’s not being used for any purposes.

Transforming unused farmland into restored areas can help promote the growth of fruit, vegetables and meat while saving the environment from further deforestation for new farms. Can it be that simple, though? Restoration is always a tricky subject, but it can help the environment and the beings who live on the planet in the long run.

Abandoned farmland is land that hasn’t been used for years. In many cases, this occurs because those in charge could no longer take care of it, or the crop yields had become too low for them to justify continuing to work there. Still, the space has already been prepped as farmland, meaning trees have been removed and there’s likely no substantial growth happening.

These abandoned farmlands can be revived and used for working farms instead of mowing down new primary forests. Deforestation adds carbon dioxide to the atmosphere, destabilises soils and increases the likelihood of erosion, which means pollutants can enter nearby water. That way, less deforestation has to occur, and no one will have to worry about the carbon emissions that soil can release into the atmosphere when left alone.

About 80% of farmland created in the 20 years before the turn of the century was made from tropical forests. Habitats and endangered species are led to ruin when creating space for farmland. There has been a nearly 70% drop in wildlife populations worldwide in the last 40 years. This occurrence could be because much of their habitats are taken away to make room for new farms, which increases the rate of environmental degradation yet so many abandoned areas could be taken over and restored to their former glory.

Farmland restoration is also a great way to support farmers and ensure there’s enough food to go around. Since the Covid-19 pandemic, more families have found it harder to get food. In the US for example, about two in five households on average are not getting enough and are considered food insecure.

Certain organisations have already pledged to end hunger, thanks to rapid changes in how food can be grown and produced. Hunger can be solved in the US and worldwide if society actively chooses to implement fundamental changes using new technology and operate sustainably by reusing old, abandoned farmland.

Abandoned farmland restoration isn’t the first land restoration project the United States will have adopted. They are everywhere, and they work to benefit the environment and the people who live in the area. These three projects are pretty well-known and have shown accomplishment of their goals or great promise for success.

One of the most well-known forms of renewable energy is solar power. The price of solar energy and panel installation has gone down over the years, but it’s still unaffordable for most people, and has yet to be widely adopted in many parts of the world. But the city of Houston in Texas is working to change that by installing a solar farm in what used to be a landfill.

This landfill site originally opened in the 1930s but closed down just 40 years later due to the high lead concentrations. Before this project, the land was simply sitting there, untouched and doing nothing. Now, Houston will lease it out to Sunnyside Energy, which plans to turn the land into an impressive solar farm.

This is an excellent example of what can be done with unused land, just like farm restoration projects. So much good can come from abandoned land. This urban solar farm will power thousands of houses and transform the lives of many families. Converting to solar energy is great for the environment and homeowners’ wallets, as they can save money on their monthly power bills and hefty sums on their taxes if they install the panels themselves.

Located about half an hour outside of New York City, The Meadowlands is around 10 times the size of Central Park and is supposed to be a hub for nature. Yet has since become synonymous with pollution. People and companies alike have filled this once-beautiful area with waste, to the point where growth ceased and areas have been left completely barren. Finally a few years ago, the US Environmental Protection Agency (EPA) promised funds to help with the restoration process.

It worked, and hope is greater than ever for reviving this land. All but one of the landfills in this area remain closed to ensure waste won’t leak into the environment. Increased number of migrating birds have already flown in during 2022 and nesting birds are always a good sign of growth and repair.

The Meadowlands is an excellent case study to show that restored land can benefit all creatures, whether human or animal. The impressive news doesn’t stop there – the Meadowlands recently received a grant to work toward more significant conservation efforts. This grant should help the city prioritize reducing flood risks in the future so the land can continue to flourish. Over time, people may see it return to its former glory.

The Merrimack is among the largest rivers in the New England area. It used to be known for its abundance of fish, which would help sustain wildlife for the season the fish migrated in for. The maintenance of the food chain is crucial as it helps support a wide variety of species and keep them thriving for generations. The construction of the Great Stone Dam means fewer fish have been able to migrate to the Merrimack River seasonally.

One such fish is the Atlantic salmon. This species is endangered, though there are other types of salmon that aren’t under threat of extinction. Atlantic salmon return to where they were born to spawn, so the need for this species to migrate is something that can’t be overlooked. The dam makes it difficult for these fish to travel and fulfil this part of their lives.

Luckily, plans have been made to restore the species of fish that once frequented this river. Water power is a great alternative to fossil fuels, so experts are working to balance that energy resource with fish restoration and conservation. This process restores the environment to how it used to function, much like abandoned farmland restoration would give the land a second chance. Passages through this dam and others like it in New England should allow migratory fish to return. There isn’t any evidence of this plan working yet because it’s still being implemented, but it shows how a little work can go a long way with restoration missions.

In the best case scenario, these abandoned farmland restoration projects will turn into flourishing opportunities for food for everyone. They’ll provide all sorts of crops and meat to families that are hurting – but there is a chance this outcome may not happen.

Some of the soil in abandoned farmland might not be good for use anymore, meaning nothing will grow from it, no matter how hard someone tries. Still, building new farms atop these abandoned ones is worth a shot due to how much benefit it could provide the country. Turning something unused into something that can help people – like the Houston solar farm – is a great way to give back to the world.

Around 31% of farmland is considered abandoned worldwide. The world could produce that same percentage more food if those farms could be rejuvenated and filled. That would be enough to feed more hungry families and ensure food insecurity is on its way out. Solving world hunger is one way to ensure everyone has a happy, long life and doesn’t have to worry about where their next meal comes from.

How likely is this outcome to happen, though? Landowners that don’t want to farm could lease it out to farmers, provided they would receive a financial incentive to use their unused land. If people who own farmland don’t want to lease or sell it for the greater good, money could speak to them.

Once those landowners are on board, people have to test the farmland to ensure it’s suitable for crops and grazing. Not every farm will pass the test due to nutrition-less soil. Still, society may be able to use farmland that isn’t good for growing as a place to raise livestock for meat stores.

Farm restoration may not yield the best results, but there is still hope. Citizen participation is key in any restoration effort, as it helps speed processes and ensures they’re being done well. Regular people must advocate for change so those with influence know what they want and can implement those changes. Advocate for change, and people will listen. Your voice may be louder than you think. 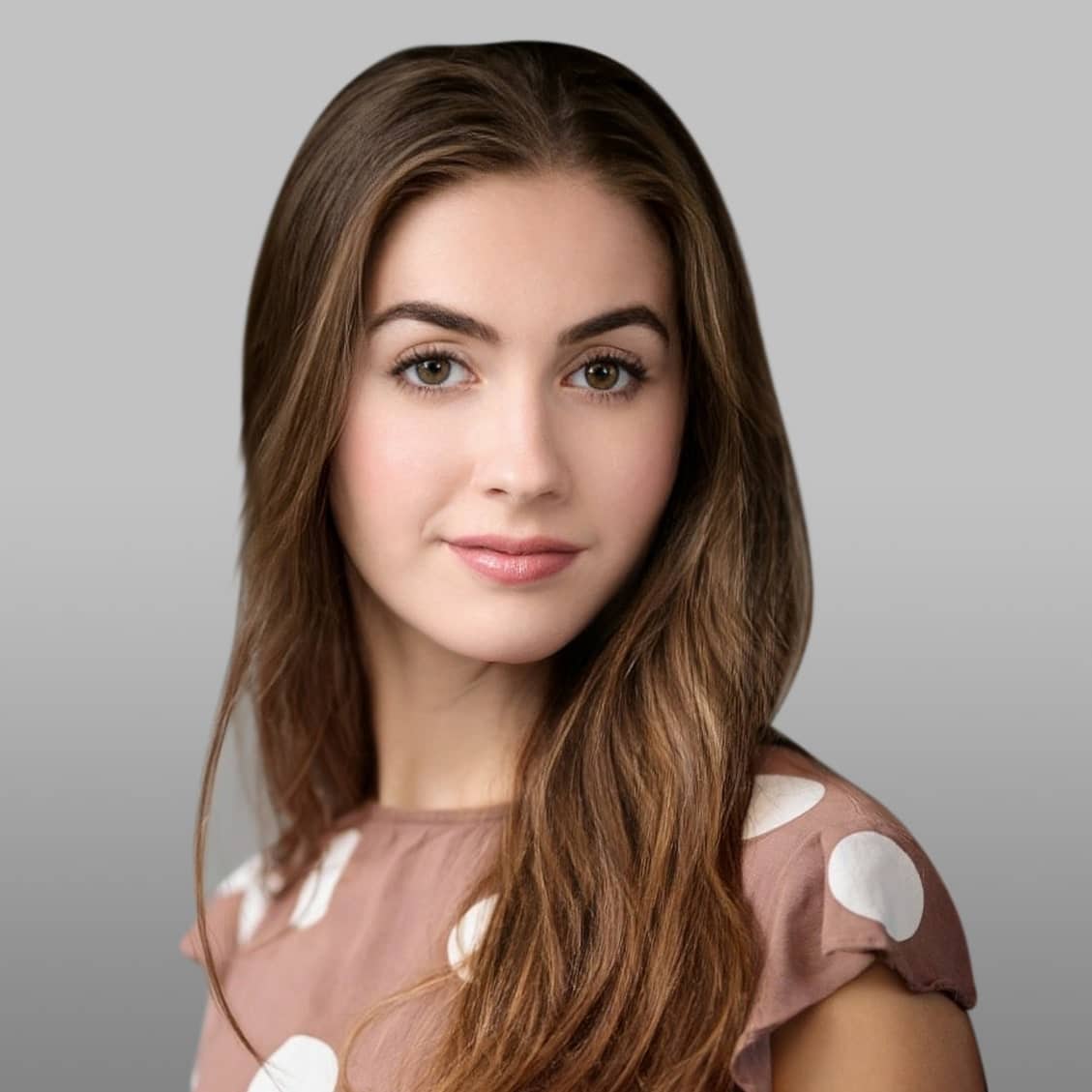