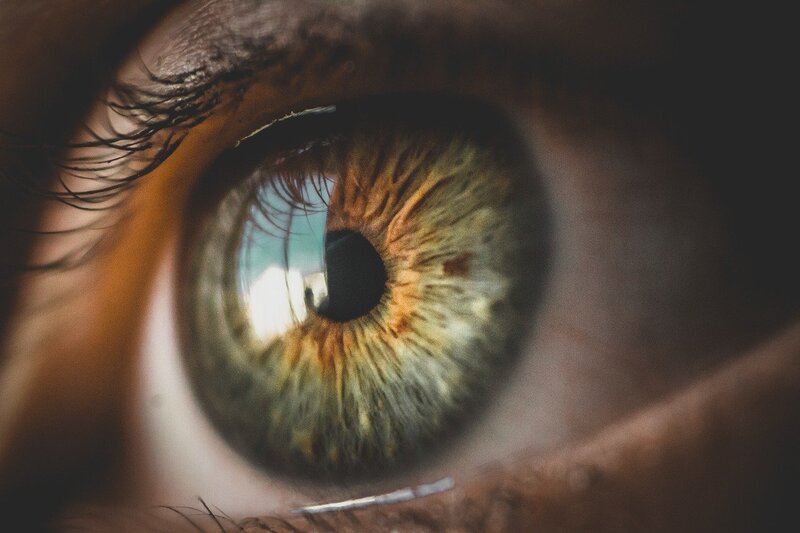 Air pollution is known to negatively impact virtually all of our organs, including the lungs, heart and bones. Long-term exposure to air pollution is also eroding eye health and vision in general. If exposed on a regular basis, air pollution can cause dry eye syndrome, watering and burning sensations, blurred vision and even glaucoma, the effects of which could be irreversible. Naturally, these incidents are more likely to occur in bustling cities like Mumbai, Delhi, Ulaanbaatar, Jakarta and Hanoi due to having large amounts of emissions in a concentrated area.

Dry eye syndrome occurs when you aren’t able to produce enough quality tears to moisten and nourish the eyes. Hopkins Vision Researcher, Sheila West, says that with increasing air pollution, there will be more incidents of severe dry eye syndrome, and impairments to eye health in general. She says, “I think it’s reasonable to expect that under conditions where there’s an increasing lack of moisture that the dry areas are spreading that symptomatology with dry eye disease will get worse. I don’t think there’s any data suggesting that we’re going to see an absolute increase in numbers but I think the symptoms will get worse and the need for people to seek relief for their dry eye may be worse as that spreads. Another example is the increase in irritants in the air due to smoke.”

In India, it has been estimated that up to 15% of the country suffers from dry eye syndrome; by 2030, this may jump to 40%.  Symptoms include: redness, soreness, sensitivity to light, sensitivity to wind and smoke and mucus forming around the eyeballs.

A study conducted by China Medical University in Taiwan has delved into the correlation between Carbon Monoxide (CO) and Nitrogen Dioxide (NO2), two prevalent air pollutants, and long-term deterioration of the retinas. Out of 40 000 subjects over 50 years old, those living in areas with a high concentration of CO and NO2 had a greater amount of age-related macular degeneration. “I was a bit surprised that only the highest levels of exposure showed risk,” said head researcher Dr. Suh-Hang Hank Juo. “But what that seems to show is that if the exposure goes beyond a certain threshold, the risk starts to appear.”

Another recent study from India concluded that of 210 young people in New Delhi that were surveyed, 24% had abnormal results on their Schirmer test – which determines whether the eyes create enough tears to remain moist. Another scientific study found that American veterans older than 50 years old living in cities have a higher likelihood of developing dry eye syndrome, saying that “most metropolitan areas, including New York City, Chicago, Los Angeles and Miami showed relatively high prevalence of dry eye syndrome (17 to 21%) and high levels of air pollution.”

Burning sensations of the eyes is a result of air pollutants such as Nitric Oxide, Nitrogen Dioxide and Sulphur Dioxide. These hazardous elements are known to affect the eyes by causing irritation, redness and watering. Chemical conjunctivitis is also becoming a growing issue within cities and is a by-product of smoke and fumes; even allergic conjunctivitis (which is caused by airborne particles such as pollen, as opposed to other bacterial infections) can be triggered by air pollution, symptoms of which include swelling, reduced vision and intense eye pain. It is caused by the inflammation of the conjunctiva, found on the outer-layer of the eyeball.

Dr Razdan Sinha, ophthalmologist at All India Institute of Medical Sciences, says those with contact lenses may be at a greater risk: “People who wear contact lenses have a greater chance of facing problems because they already have dry eyes. Whenever the air quality goes down, it increases discomfort, leading to irritation and conjunctivitis. The same goes for those suffering from eye allergies.”

A particularly invasive chemical known as Hydrogen Sulphate has also been linked to cases of chemical conjunctivitis, overall eye irritation and in extreme cases blindness. Whilst found naturally in volcanic gas and animal protein, it is also used regularly within industrial processes, like combustion of biomass and fossil fuels. The US’ Environmental Protection Agency (EPA) has stated that within urban areas, approximately 1 to 92 µg/m3 (micrograms) of Hydrogen Sulphate is found in the air, the general average being 0.11-0.33 ppb (parts per billion) but still maybe higher in particular areas.

Additionally, emissions from anthropogenic sulphur gases (typically caused by activities such as burning high-sulfur coals, the use of industrial boilers and power plants heating oils) have surpassed that of natural sulphur gasses by 70-100 million metric tons every year. In one deadly case in 1950, a large volume of Hydrogen Sulphate was accidentally released into the atmosphere in Poza Rica, Mexico, which led to 320 hospitalisations and 20 deaths.

Although total vision loss from exposure to air pollution is rare, Dr Sinha says, “If exposed to air pollution for a long time, these problems could become irreversible. One may have to face damage for a longer time. It has been observed that pollution also causes blurring in the eyes and leads to vision trouble. There have also been cases where people have faced colour contrast problems.”

A rise in damaging chemicals in the air could also be causing increased cases of glaucoma. Researchers in a UK study found that out of 100 00 people who underwent eye tests for glaucoma, those from highly populated areas had a 6% increased risk of developing glaucoma. In fact, those living in urban environments are 50% more likely to be diagnosed with glaucoma than those living in rural areas. Dr Sharon Chua of UCL Institute of Ophthalmology and Moorfields Eye Hospital and one of the study’s researchers, has cited air pollution as a big contributing factor to the results: “Air pollution may be contributing to glaucoma due to the constriction of blood vessels, which ties into air pollution’s links to an increased risk of heart problems. Another possibility is that particulates may have a direct toxic effect damaging the nervous system and contributing to inflammation.”

According to IQ Visual Air’s 2019 research, Indian cities represented 21 of the top 30 for worst air pollution. In 2019, more than 1.67 million deaths in the country were linked to long-term exposure to polluted air, varying from chronic lung disease, heart attacks and strokes to neonatal diseases- all exacerbated by air pollution. Dr Pragnya Rao, of the LV Prasad Eye Institute highlights the severity of the problem: “Since India is an emerging economy with a growing middle-class, increasing urban-migration and a large aging population, the country is on the brink of a dry eye disease epidemic.”

Another country with one of the worst air quality in the world is Bangladesh. In 2019, there were 173 500 deaths linked to air pollution, over 50 000 more than 2017. Additionally, at least 560 000 people who are over 40 years old have glaucoma. Bangladesh’s Director of Air Quality Management, Md Ziaul Haque, has laid out plans to cut emissions, saying that “in 2025, there will be no use of bricks in any kind of construction work except road construction. Everyone will have to use blocks which are more environment friendly. Moreover, following the High Court directives, we put together and distributed a guideline, where we defined what roles will be played by the various ministries and departments to stop air pollution.”

As the world’s largest emitter of greenhouse gases, China is stepping up to combat the country’s air pollution issue by increasing support for the electric vehicle industry and allowing subsidies for those buying EV cars. Electric buses are also becoming increasingly popular, with over 400 000 buses representing 99% of the world’s total. This year, the world’s largest solar plant (2.2 GW) has gone online in the rural province of Qinghai. However, China’s President Xi Jinping voiced the need for quicker, more effective measures to combat air pollution, saying, “We must speed up the construction of a system of ecological civilisation and ensure that the ecology and environment are fundamentally improved by 2035, and that our goal of building a beautiful China is basically achieved.”

In Europe, cities like Birmingham and Madrid are looking to create ‘clean air zones’, implementing driving restrictions within inner city spaces. However, a lot more large scale solutions are in need around the world to ensure a great chance of permanently cutting life-shortening emissions and improving eye health around the world to prevent unnecessary illnesses that could permanently alter vision.