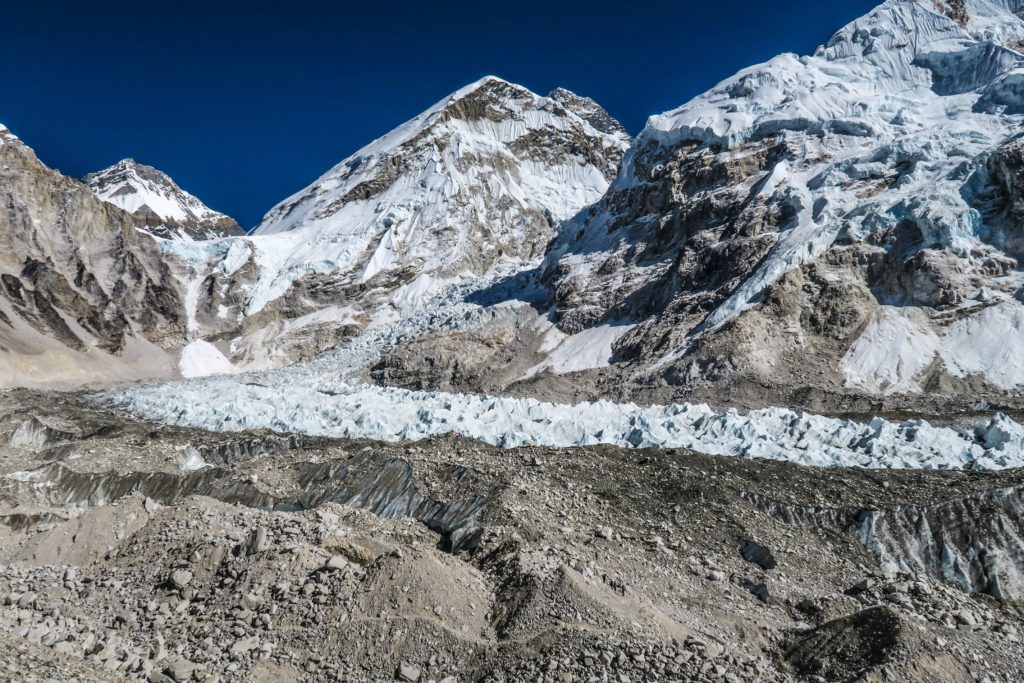 Rising temperatures could melt at least one-third of the ice in the Himalayan glaciers by 2100, even if the most ambitious climate change targets are met. The number would double if global warming and greenhouse gas emissions continue to rise at their current rates.

All this is according to a landmark new study published by the International Centre for Integrated Mountain Development (ICIMOD), an intergovernmental organisation focused on environmental and social change in Hindu Kush Himalaya, it lays out the issue in clear terms.

The Hindu Kush Himalayan Region – home to the world’s tallest peaks – hems eight countries in Asia, including India, Pakistan, China and Afghanistan. It is sometimes referred to as the world’s ‘Third Pole’ because of its vast frozen freshwater reserves.

Water gushing from these heights swells the rivers that fill humanity’s rice bowls. Around 250 million people live in the mountainous region while another 1.65 billion directly depend on the downstream flow of Himalayan waterways for food security. Rivers originating here include China’s Yangtze and the Ganges and Brahmaputra in India, whose importance eschew agriculture and enter a dimension of religious and civilisational relevance.

The progressive reduction of millenary glaciers threatens the stability of food and water supplies. A worsening of conditions would provoke profound societal dislocations and likely spark conflicts over water access.

River flows are closely dependent on monsoon rainfalls and glacial meltwater particularly during the dry season. Rising temperatures resulting from climate change are expected to accelerate the rate of depletion of high altitude ice sheets, a dynamic that will eventually lead to their progressive demise with incalculable effects on down valley ecosystems in the entire region.

Yet, the Hindu Kush is an often underrepresented area in global climate reports.

This exhaustive 600-page report by ICIMOD was compiled to obviate this knowledge vacuum. Over 200 authors worked with 350 researchers and policymakers worldwide. “This is the climate crisis you haven’t heard of,” said Philippus Wester, the report’s lead coordinator.

The report recommends governments to urgently map the geographical areas likely to be the most affected by shrinking glaciers and devise contingency plans to safeguard communities and local biodiversity.

The Indus River for example is one of the most vulnerable ecosystems, especially outside the monsoon season, according to Lonnie Thompson, a climate scientist and co-chair of the Third Pole environment program at Ohio State University. A significant portion of its water flow – about 40% – comes from glacial meltwater during the dry season. A persistent reduction in its volume would threaten species and the entire economy of the valley.

Why are the Himalayan glaciers so important?

“Glaciers are like insurance policies which provide water when it is most needed during the dry season and during times of drought,” he said. “The Indus River and its tributaries rise in the western Himalaya, an area that has undergone a recent increase in temperature and a decrease in precipitation” said Arun Shrestha, a climate change specialist with ICIMOD.

“There are a number of things that can be done to reduce the impact of melt that I think the region, including the Himalayan glaciers, should and could do, including improving flood forecasts, early warning systems for extreme weather events and access to insurance.”

Taking steps to help reduce local air pollution could also help slow some of the melting, even if only in a small way.

But reducing greenhouse gas emissions remains the most important action nations can take, according to Shrestha. “Mitigation actually does work. The more you can reduce now, the less the consequences will be in the future.”