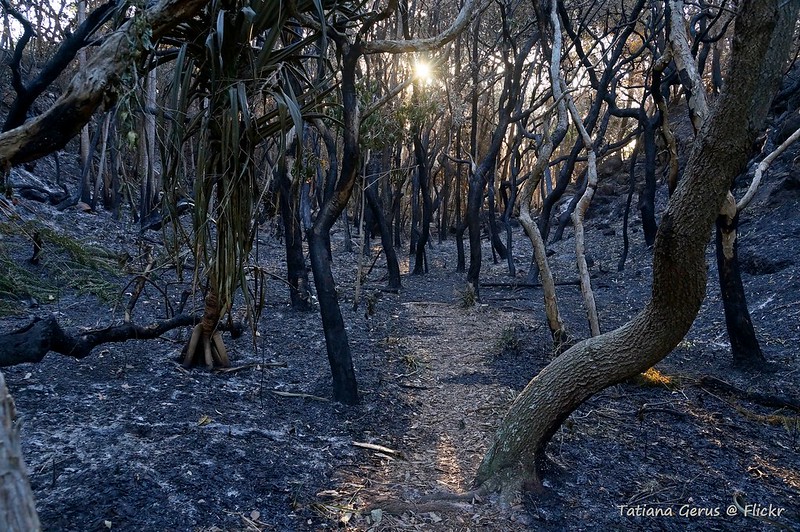 Between 2019 and 2020, turbulent bushfires ripped through Australia, turning green forests into ash, and producing plumes of smoke that hovered over the country like a shroud. While the flames have been extinguished for several months now, scientists are still scrambling to understand the full impact of the bushfires on the native wildlife in Australia.

A new paper on the impact of the fires published in Nature Ecology & Evolution estimates that the bushfires burned through about 97,000 square kilometers (37,500 square miles) of vegetation in southern and eastern Australia, equivalent to 18 million football fields, or an area bigger than Portugal. The fire-impacted regions included critical habitat for 832 species of native vertebrate fauna, including 378 birds, 254 reptiles, 102 frogs, 83 mammals and 15 freshwater fish, according to the study.

“This figure doesn’t include invertebrates or plants, so while a huge amount of species, severely underplays the impact of just one fire event,” lead author Michelle Ward, a researcher at the University of Queensland, told Mongabay in an email.

According to the study, 70 species had more than 30% of their habitat burned, with some species losing more than 80% of their natural territory. Of these 70 species, 21 are already threatened with extinction, including the Kangaroo Island dunnart (Sminthopsis aitkeni) and long-footed potoroo (Potorous longipes), both mouse-sized marsupials.

Ward and her colleagues say the bushfires likely caused a 14% increase in the number of threatened species, and have called for an urgent assessment of these species via Australia’s Environment Protection and Biodiversity Conservation (EPBC) Act, a piece of legislation that classifies threatened species and subspecies, and provides a legal framework for their protection.

Species not currently listed as threatened, but that may need assessment under the EPBC Act, include Kate’s leaf-tailed gecko (Saltuarius kateae), the short-eared possum (Trichosurus caninus), and Littlejohn’s tree frog (Litoria littlejohni), the study suggests.

“It’s important to remember that many of the animals impacted by these fires were already declining in numbers because of habitat destruction, drought, disease, and invasive species,” Ward said. “These fires are just another nail in the coffin for many of our native species.”

Ward said some independent and government-funded surveys are already underway, but the process of getting listings updated via the EPBC Act can be a lengthy process, sometimes taking more than two years. However, Ward says she and her team have been in “constant communication” with the government of Australia about the impact of the bushfires.

A spokesperson for the Australian government’s Department of Agriculture, Water and the Environment told Mongabay it has established the Wildlife and threatened species bushfire recovery Expert Panel to help guide recovery actions for native species impacted by the fires, and it was already engaging with the Threatened Species Scientific Committee, which is responsible for amending and updating lists of threatened species. Additionally, the government said it had invested $200 million to support bushfire recovery for native wildlife and their habitat.

“The bushfires have had a significant impact on native plants and animals, and it is likely that species which were not previously considered threatened with extinction are now at risk as a result of the fires, while other species, which were previously considered threatened, are likely to now be at greater risk of extinction,” the spokesperson said.

Another team of researchers recently released an interim report, stating that nearly 3 billion animals had died in the fires, including  143 million mammals, 2.46 billion reptiles, 180 million birds, and 51 million frogs. These numbers are much higher than previous estimates of 1 billion animals dying in the fires.

“It is quite likely the fires would have caused some extinctions, but we won’t know until after the surveys,” Ward said.

Ward says native species may need a “range of strategic post-fire management actions to maintain and recover their populations” following the bushfires, including invasive species management and captive-breeding programs. It’s also important to protect fire-burned areas from salvage logging and other destructive activities that can disrupt an ecosystem’s ability to recover, she said.

With the next bushfire season right around the corner, study co-author James Watson, director of the science and research initiative at the Wildlife Conservation Society (WCS) and professor at the University of Queensland’s School of Earth and Environmental Sciences, said it’s important to learn how to better manage forests to reduce fire risk and protect threatened species.

“While fire is a crucial aspect of many ecosystems, we’re witnessing climate change-induced drought combined with land use management practices that make forests more fire prone,” Watson said in a statement. “We need to learn from these events as they are likely to happen again.”