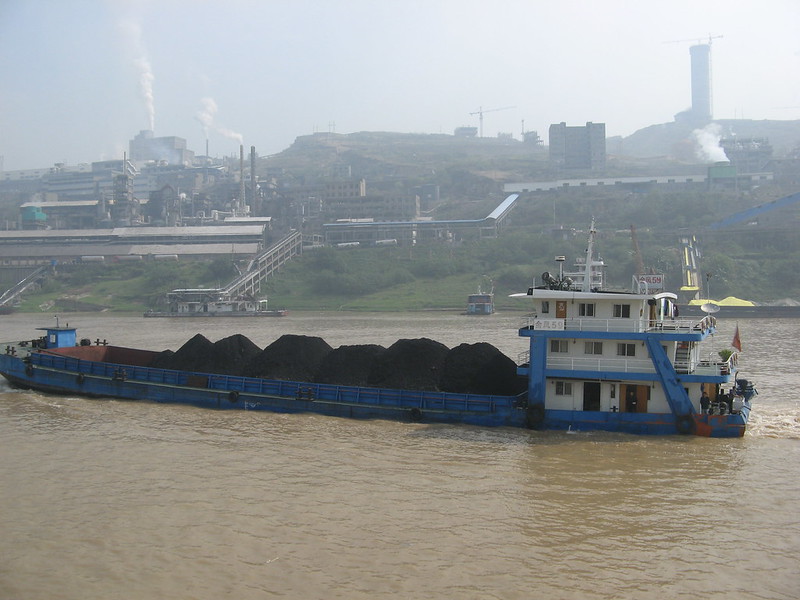 Calls from Australia for an investigation into China ’s role as the origin of the COVID-19 pandemic has triggered a coal trade war between the two countries, which will have harmful impacts on both countries. While Beijing has responded by blocking the import of Australian barley and beef from major processing plants, Australia continues to put pressure on China’s methods of handling the virus despite risk of further trade retaliation.

China is Australia’s largest trading partner, with China receiving about AUS$123.3 billion (USD$85bn) worth of goods in 2019, equivalent to over 30% of Australia’s total exports. A trade war between these countries could have disastrous consequences for Australia, whose economy was losing about US$2.6bn per week at the height of COVID-related shutdowns. Following Australia’s demands for an investigation into the pandemic, China has blocked Australian imports of barley and beef, worth a total of AUS$9.9 billion in 2017 to 2018.

Chinese investment in Australia had already fallen by 58% from AUS$8.2 billion to AUS$3.5 billion in 2019, as Australia changed its screening rules for foreign projects to stop Chinese buyers from purchasing strategic assets at low prices. Other countries, such as the US, Canada and members of the EU have also implemented tighter foreign investment screening measures.

With support from powerful western Allies, including the US, Australia is confident that it can continue to put pressure on China to carry out investigations. However, this puts them at risk of further trade retaliation.

Tensions have risen as reports suggest that China is now targeting Australian coal by clamping down on import quotas. Australia’s top export commodities to China include iron ores and concentrates, which take up an approximate 15.2% share and coal, with 15%. There was a -2.0% change in the share of iron ores but a 11.3% change in the share of coal from 2017 to 2018, showing the increasing importance of coal exports in Australian trade. In response to this news, Australian coal mining firms are looking to diversify and build their market into southeast Asia in case such quotas come into effect.

In 2019, China’s global purchases of coal totalled US$18.9 billion, with almost 50% of this coming from Australia. Therefore, by applying strict trade barriers on coal coming from Australia, the amount of coal being imported would be cut down considerably. Since China actually imports more coal than it needs and has been pushing for better use of its own resources, this would affect Australia more than China.

The importance of coal exports to Australia allows China to use it as a trading threat, since China has alternative sources of supply from other exporting countries, such as Mongolia, Indonesia and Russia. Due to high amounts of imports during the first five months of the year, China has started to step up its custom checks for coal imports which has led to lengthy processing delays at ports. It appears as though China is looking to boost its domestic coal industry.

However, doing so will go against China’s 13th Five-Year Plan, which places a heavy emphasis on long term sustainability. There are three key areas to the plan, including the promotion of new businesses and business models that support sustainability. This means that businesses must provide services that are resource-efficient enough for at least 10 billion people to use without negatively impacting the planet.

While coal is widely used to generate electricity due to it being very energy dense, it releases more acidic and greenhouse gas pollutants than both oil and gas, making it an unsustainable and unclean form of energy.

Furthermore, the coal industry in China is struggling financially, with profits falling since 2016 and turning into losses from 2017. There is significant overcapacity in the sector as China overinvested in the coal power sector; major companies are operating on losses as high as 50% and have debt ratios exceeding 200%, with some plants having to declare bankruptcy and shut down. A study from the University of Maryland projected that the average utilisation rate of the country’s coal plants could drop to 45% by 2025.

In the last three years, China cancelled 103 projects that were planned or under construction, which eliminated 120 gigawatts of potential coal-fired capacity. However, coal still accounts for 57.7% of its total energy use as of 2019.

Despite China cancelling a significant amount of coal-fired projects, the country is continuing to grant permits for coal-fired power plants at the highest rate since 2016, and has built nearly two-thirds of the world’s operating plants and is home to nearly 90% of generators under construction, according to a recent report by the Global Energy Monitor, a research and advocacy group.

The International Energy Agency predicts that the world demand for coal is set for its biggest annual drop since World War II because of COVID-19.

Nevertheless, efforts continue to be made to stimulate China’s domestic coal industry, according to a report published by the National Energy Administration in February. The report indicates a loosening in restrictions for new coal-plant approvals. Additionally, the development of major infrastructure programs and other stimulus to counteract the impact of the COVID-19 pandemic have been announced, with no mention of prioritising and promoting clean and renewable energy, indicating their continuing dependence on coal as a source of energy.

Thankfully, China has made remarkable strides in the renewable energy sector and, according to a report published by the Global Commission on the Geopolitics of Energy Transformation, has become the world’s largest producer, exporter and installer of sustainable energy sources such as solar panels, wind turbines, batteries and electric vehicles.

It is difficult to say why China continues to prop up its coal industry despite it not having significant financial returns, but what is clear is that China has more than enough of its own coal, and so any attempt by Australia to weaken China’s reputation in the international community will unfortunately affect it more than China, unless Australia can find suitable trading partners.

However, it is concerning that China continues to develop coal power plants at a time when the planet is trying to keep global warming under 2 degrees Celsius. It should continue to invest in renewable energy projects and divest from fossil fuels, especially since renewable energy has shown to be more profitable than fossil fuels.