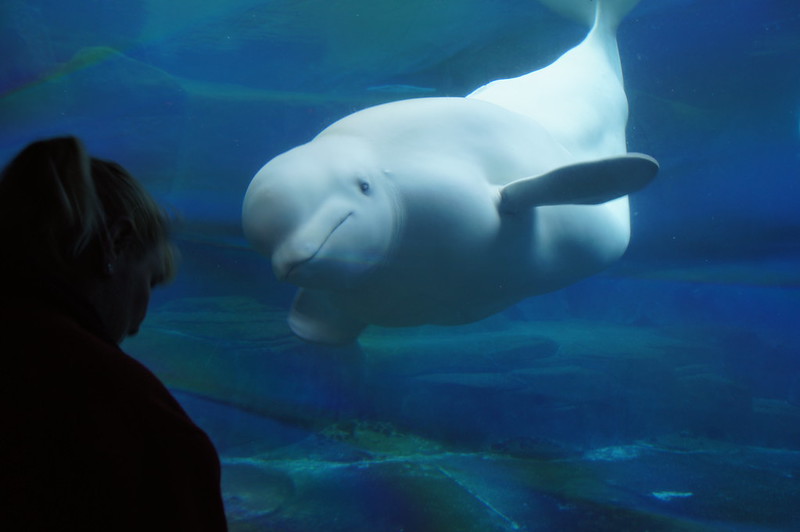 According to new research published in the journal Scientific Reports, beluga whales have complex social networks, with close relationships outside of their immediate kin. The study changes scientists’ understanding of the whales’ social dynamics, which they believe are a result of the whales’ highly developed vocalisations.

The study used field observations, DNA profiling and multi- locus genotyping of beluga whales from 10 sites across the Arctic to address key features of beluga group structure, the pattern of kinship and behavior.

Contrary to previous studies that postulated that belugas live in communities where social bonds focus on closely related individuals from the same maternal lineage, as seen in African elephants, the study revealed that both large and small social groups also frequently form bonds with whales of unrelated and distant lineages. The genetic analysis from the study revealed that Beluga whale groupings were not usually organised around close maternal relatives, instead involved more paternal relatives, indicating the male beluga whales’ high fidelity to a herd.

The observed whales were often found in pods organised by age or sex rather than just family, meaning that beluga whales form relationships that go beyond those needed only for survival and “beluga communities have similarities to human societies where social networks, support structures, cooperation and cultures involve interactions between kin and non-kin,” the study authors write. Given the fact that they can live for up to 70 years and tend to remain within their natural community, these findings show that beluga whales may form long-term affiliations with unrelated as well as related individuals.

Further, certain behaviours were associated with group type, and group membership was found to be often dynamic. Greg O’Corry– Crowe, an ecologist at FAU and the lead author of the new study, says, “It may be that their highly developed vocal communication enables them to remain in regular acoustic contact with close relatives even when not associating together.”

Additionally, the frequency with which adult female belugas associate with non-kin complicates the studies of menopause, indicating a need to expand the study outside of current evolutionary mechanisms.

O’Corry says, “The findings improve our understanding of why some species are social, how individuals learn from group members and how animal cultures emerge. They also will hopefully promote new research on what constitutes species resilience and how species like the beluga whales can respond to the emerging threats including climate change.”