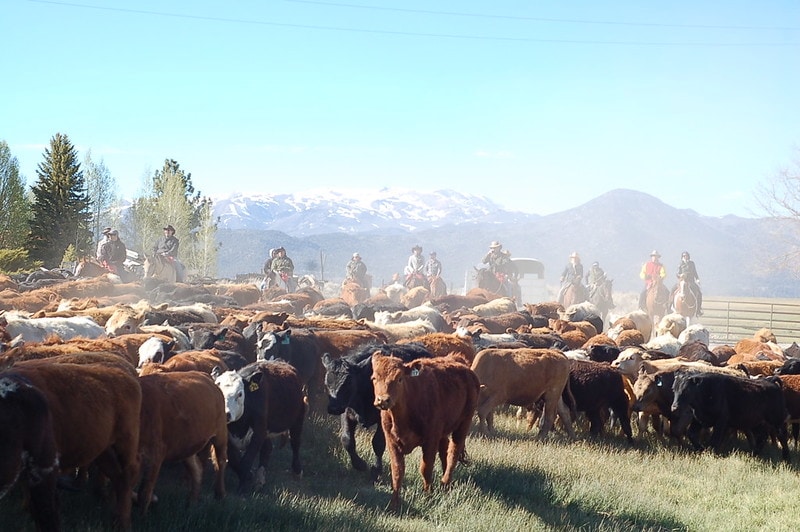 One in every 10 pieces of beef served up on Brazilian plates is paid for by tax dollars. The beef industry, including cattle ranches, is one of the most heavily subsidized by state and federal governments in Brazil, to the tune of 12.3 billion reais ($2.2 billion) per year in the form of tax incentives, easy credit, and even debt forgiveness.

Even though it’s a multibillion-dollar industry — on March 25 this year, JBS, the world’s biggest meatpacking company, reported 6 billion reais ($1.1 billion) in profit for 2019, the best results in its history to date — the tax revenue it contributes to the Brazilian treasury, averaging 15.1 billion reais ($3 billion) per year, is small compared to the incentives.

That means that for every $1 collected in taxes from the beef sector, only 20 cents effectively goes to society; the rest goes back to the producers in the form of various benefits.

This calculation is based on the period between 2008 and 2017. In 2015 and 2016, tax revenue from the sector was actually less than the amount it received back in benefits from state and federal governments.

These are some of the conclusions in a recent study, “From pasture to plate: The subsidization and environmental footprint of beef,” by Instituto Escolhas, a São Paulo-based organization that looks at sustainability issues through an economic lens.

“The government invested 123 billion reais [$22.2 billion] in one decade. This is something completely new, that has never happened before in this industry or any other in the nation,” Petterson Molina Vale, an economist and coordinator of the economic side of the study, said in an interview on the Instituto Escolhas website. Vale declined to answer questions Mongabay sent about the study.

If beef production in Brazil is propped up by a comfortable cushion of public funding, it has failed to carry any commitment to the environment, especially in the Amazon and Cerrado regions, where cattle ranches are a primary driver of deforestation.

Instituto Escolhas estimates the carbon footprint of beef production — from cattle ranches to meatpacking — in the nine states that make up the Amazon region in Brazil is six times higher on average than other states in the nation.

In the Matopiba region, where the states of Maranhão, Tocantins, Piauí and Bahia converge, emissions from the cattle supply chain are eight times greater than in the rest of the nation. A mix of Amazon rainforest and Cerrado savanna, the area is rapidly becoming the new Brazilian agricultural frontier.

“These are the highest emissions per kilogram of meat produced,” said Roberto Strumpf, a biologist and environmental coordinator of the Instituto Escolhas study. “However, in absolute terms, the Amazon emits much more because it is more extensive and the fallen trees contain a much larger quantity of carbon.”

Three large meatpackers — JBS, Marfrig and Minerva — account for 42% of all cattle slaughtered in the Brazilian Amazon. And last year the Public Prosecutor’s Office said that, even with the responsibility agreements made by industry and retailers, it is impossible to assure beef production without deforestation when ranching takes place in forested areas.

Instituto Escolhas has shown in a previous study that a zero-deforestation policy in Brazil could have no impact on cattle farming and ranches. Such a policy would not impede its growth even if the land being used is already deforested and if best agricultural practices are followed.

“If there is already land that can be used to increase production, then wouldn’t the subsidies be being used to stimulate deforestation?” the authors of the new study write in their executive summary.

The findings can’t prove that public funds are financing deforestation; the authors suggest that “the subsidies could be adopted to stimulate more sustainable productive practices or healthier products.”

“To be able to conclude that part of taxpayer money is financing deforestation would require deeper study,” said Jaqueline Ferreira, project and product manager at Instituto Escolhas. “But at the moment, we know that the beef production chain depends largely on public funding and we also know what its environmental impact is, so it is possible to debate which type of production we want to finance.”

The study looks at the entire beef production chain in calculating its environmental footprint, including water consumption and greenhouse gas emissions per kilogram of beef produced inside the Amazon, Matopiba and the rest of Brazil. It did the same for calculating the subsidies granted, from both state and federal governments.

The parameters they looked at included production inputs, information about cattle husbandry and fattening, soil management and removal of natural vegetation, use of agricultural machinery, and also meat processing (slaughter and meatpacking) and distribution, whether for the domestic market or for export.

“The beef productive chain is fundamental,” Ferreira said. “It generates a great deal of income and is also important from the cultural standpoint and from that of productive occupation. But today it is the main vector of deforestation, specifically in the Amazon. We are proposing an economic approach to debate one of the main environmental issues and try to somehow move forward, past bottlenecks, toward sustainable development.”

A Decade of Emission Reductions in the Amazon at Risk

As the researchers expected, the Instituto Escolhas study showed that deforestation contributed the most to the carbon footprint of any stage of the beef chain.

They compared scenarios in three large regions of Brazil (the Amazon, Matopiba, and other states together) and the national average, considering emissions from the herds themselves and the pastures, as well as the areas of logged vegetation based on data from the National Institute for Space Research (INPE).

The result is that throughout Brazil, the carbon footprint accumulated over a decade (2008-2017) jumps from 25 kg of carbon dioxide equivalent (CO2e) per kilo of beef, to 78 kg CO2e/kg when deforestation is taken into account.

In the Amazon, the carbon footprint increases 8.5 times when logged forest comes into the calculation: from 17 kg CO2e/kg to 145 kg CO2e/kg.

The average over 10 years hides one relevant piece of data: emissions are falling even inside the Amazon. They dropped from 344 kg of CO2e per kilo of beef in 2008 to 66 kg CO2e/kg in 2017, representing an 81% reduction over the decade.

The problem is that the study ends at the year 2017. “All the INPE data from 2018 and 2109 show a substantial increase in deforestation,” Strumpf said. “We have to pay attention to this, because if we continue on this environmental backslide, all the gain could be lost, which will impact the sector’s reputation and could result in non-tariff barriers for Brazilian beef.”

The study also measured the impact of beef production on water resources, which turned out to be better than expected: an average of 64 liters of water per kilo of beef produced over the decade between 2008 and 2017. “It’s much less than in other countries,” Strumpf said. This is called the “blue footprint,” referring to the use of underground water or reservoirs that could compete with other productive activities or even with human consumption.

Since the sector is mostly supplied by cattle raised on pastureland, most of the water involved in production is rainwater. This is the “green footprint,” which in Brazil’s case is high but doesn’t compromise water resources and has a low environmental impact, according to Strumpf.

But with climatic changes underway, the alarm is sounding for beef production in Brazil’s central-west region, home to a large part of the country’s herds. Rain patterns in this region rely heavily on the Amazon, which is moving toward a process of becoming savanna if the current rate of deforestation is not stopped. In other words, in times of drought, the economic scenario will be affected.

Carbon-Negative Ranching- With the Right Management

Given that most carbon emissions from the beef production chain come from cattle ranches — because many are on deforested land in Brazil — the study points to a possible path to maintain activity while also reducing harm to the environment. According to the study, integrated plant crop-cattle farming systems, where producers grow crops in alternate periods on pastureland, could allow for greenhouse gases to be sequestered from the atmosphere, as opposed to the current system that results in net carbon emissions and contributes to global warming.

Inside the Amazon, this integrated crop-cattle method of farming resulted in negative emissions in every year monitored by the study — even considering the impacts of deforestation. However, only 4% of pastureland in the region uses this integrated system, while 35% of pasture area is considered “well managed,” a step below that ideal.

“The capacity for the Earth to remove carbon from the atmosphere has been debated in academia for some time, but there was always little data,” Strumpf said. He said the study offers numbers comparable to measures already taken but now broken down by region, which had not existed before.

What remains unanswered is how long this well-cared-for pasture system can hold carbon instead of releasing it into the atmosphere. “Soil with carbon behaves like a sponge with water,” Strumpf said. “If it’s dry, the sponge has an enormous capacity to absorb water, but it will reach a point when it’s saturated. Soil is much the same, except that we still don’t know how long it can keep absorbing.”

The extent of degraded pastureland puts the Matopiba region on top in the carbon footprint study: 48% of pastures in this region have this characteristic. But with such large variations between individual ranches’ environmental impact, the Instituto Escolhas researchers suggest a shift away from the less efficient practices toward more sustainable ones.

“As the Brazilian cattle farming industry includes efficient producers and others that are quite unproductive, could we question whether public treasury may be being spent to maintain producers that would have no way of competing under normal market conditions due to their inefficiency and low profitability?” they wrote in the report’s executive summary. “What bottlenecks can public policy overcome so these practices gain scale?”

This article was originally published on Mongabay, written by Naira Hofmeister, and is republished here as part of an editorial partnership with Earth.Org.