California is Experiencing its Worst Fires on Record 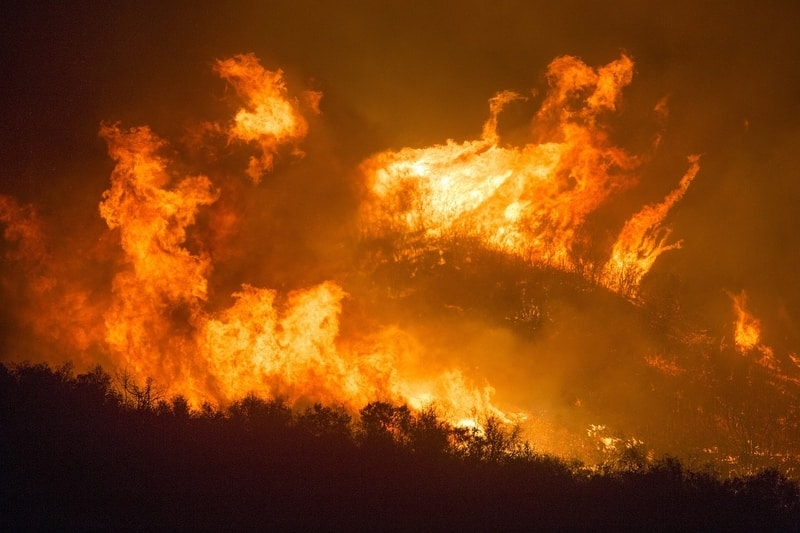 The worst of the fire season in California takes place over September or October. 2020’s season has started early with a raging bang. The California Department of Forestry and Fire Protection (CAL FIRE) says that there have been over 700 fires between August 15 and 26, burning 1.3 million acres of land. In just 12 days, this is two-thirds as much as what was burned in the whole of 2018, the worst year ever. Governor Gavin Newsom says, “We simply haven’t seen anything like this in many, many years.” What is causing this year’s uncontrollable wildfires?

The answer, as is increasingly the answer when talking about these extreme weather events, is the climate crisis.

Are the California fires still burning?

On August 16, Death Valley, a national park in California and Nevada, recorded a preliminary high temperature of 54.4 degrees Celsius. If verified, it could be the hottest temperature recorded in the world since 1913. California has been getting consistently warmer over the years as a result of the climate crisis; according to the National Oceanic and Atmospheric Administration, temperatures in many parts of the state have risen by 2°C from 1895- 2018, roughly twice the global average.

Exacerbating the fires is the dry conditions in California. The drought between 2011 and 2019 was the longest and driest recorded in the state’s history, killing almost 150 million trees and prompting the state to declare a state of emergency in 2019. However, drought has returned to California, and the state had its driest February on record, although matters improved a bit later.

This fire season was caused by lightning strikes, which are becoming increasingly dangerous because of the climate crisis. The fires in Northern California started after a massive electrical storm passed over the Bay Area in mid-August, producing 11 000 lightning strikes in three days. These events may become more common; a 2014 study claimed that the number of lightning strikes across the US will rise by about 12% for every degree of global warming. The UN estimates that even if all countries achieve their climate commitments, the world may see a global temperature increase of 3.2°C by 2100.

Besides the climate crisis, authorities have made the mistake of suppressing wildfires, which inadvertently make them worse. Fires are needed to thin out the dense, flammable undergrowth and so preventing them increases “fuel loading,” turning forests into “tinder boxes” and making fires hotter.

Thankfully, this fire season has not been as fatal as previous years. By August 25, seven people had died, as opposed to the 2018 season which killed 85 people. California has learned from previous seasons and issued mass evacuation orders, prompting 136 000 people in the state to leave their homes.

Sadly, COVID-19 has hampered plans to prevent widespread damage caused from these fires; earlier this year, the governor proposed spending $100 million to make existing homes more fire-resistant (by replacing wooden shingles with tiles, for example). This program had to be suspended because of a state budget crisis caused by the virus.

While emergency response units are working hard to contain the blazes, new ones keep popping up; in the 24 hour period ending the afternoon of August 26, there were 423 additional lighting strikes throughout the state and 50 newly reported fires. Officials say they are hopeful that the repopulation of evacuated areas could begin in a few days.