Can Animals Survive the Heat Stress of Rising Temperatures? 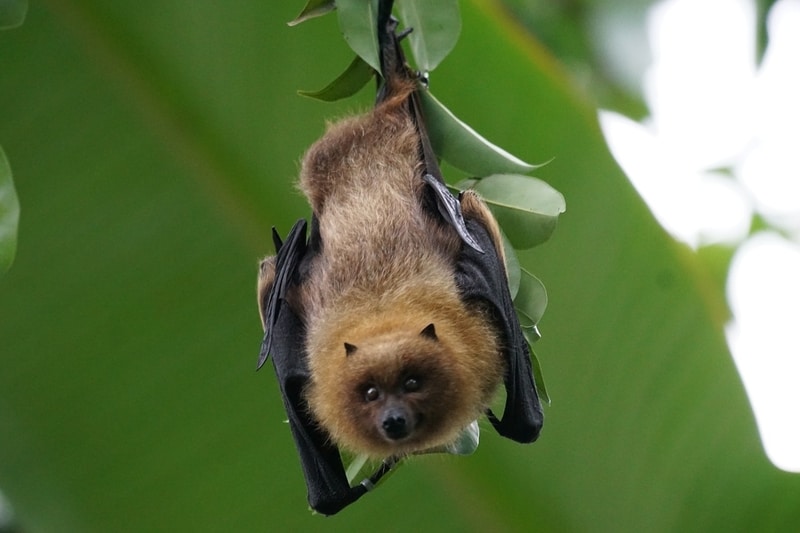 While climate change-induced habitat loss is considered widely as the most recognised and important extinction threat, a growing range of research has shown that the heat stress on animals caused by global temperature increases could destabilise animal populations just as much, especially with the increasing occurrence of heatwaves.

It is estimated that 14% of the Earth’s population will now be exposed to heatwaves at least once every five years. Scientists have argued that the occurrence of heatwaves will increase with continued human influence, based on data from the European Heatwave of 2003, which killed an estimated 35 000 people. Recently, the heatwave in Siberia, where temperatures reached as high as 38°C, has been estimated to have been made 600 times more likely with human-induced climate change, and the occurrence of these extreme weather events is likely to rise in the future.

The sudden and extreme nature of these heatwaves can lead to situations where animals are unable to adapt to the sudden increase in temperatures, which causes heat stress. A recent example of this is when thousands of spectacled flying foxes suddenly dropped dead during the November 2018 Australian heatwave, where temperatures peaked at 49.3°C in Western Australia.

Flying foxes are among the largest species of bats in the world, with a wingspan of around 1 to 1.5 metres. Their large size makes them prone to producing a lot of body heat, which makes cooling a priority for them, which they do so through fanning their wings and spreading saliva over themselves. Temperatures above 42°C can be lethal for them. Furthermore, their roosting habits of resting on exposed canopy branches made them especially vulnerable to sunlight and the lack of shade made cooling down almost impossible.

It is estimated that nearly 23 000 Spectacled flying foxes died during the heatwave. At the time, this was estimated to be nearly a third of the total population of the species and as a result of this, the Australian government changed the status of the flying foxes from vulnerable to endangered.

However, it is not just freak incidents and sharp, sudden increases in temperature that are placing animals at risk. The Earth is gradually warming up as a whole, and scientists have estimated that average global temperatures have increased by around 1°C since 1880. While this number may seem miniscule, this is a global average, and different areas and habitats are warming at different rates. For example, the Arctic has warmed nearly twice as fast as the rest of the world, a phenomenon that scientists have described as “Arctic amplification.” Another habitat at risk is the ocean, which due to the higher specific heat capacity of water, has absorbed around 90% of all of the heat gained by the planet from 1971 – 2010.

Smaller increases in temperature can still prove harmful to some animals. An example of this are corals, which form the backbone of reef ecosystems and are estimated to shelter 25% of all marine species. Corals undergo “coral bleaching” when water temperatures increase, which causes the corals to die out. This can occur when the water temperature increases as little as 1 – 2°C, and has the potential to lead to a total reef collapse if temperatures do not return to normal.

Corals form a symbiotic relationship with algae known as zooxanthellae, which provide the coral with energy and essential compounds via photosynthesis and are responsible for their colour. When water temperatures get too high, the coral may expel the algae from themselves as a short-term survival mechanism. This causes the “bleaching” as the coral loses its colour from the absence of the algae. Deprived of nutrients, the coral eventually dies. Bleached corals can eventually recover if conditions return to normal and the algae return to them, but are at greater risk of mortality until they do so.

While other factors such as water salinity, light levels and even colder waters can cause coral bleaching, these factors mostly cause localised coral bleaching. However, studies show that heat stress is the most prevalent cause of “mass bleaching” events. Recent mass bleaching events include the bleaching of the Sekisei Lagoon in Okinawa, Japan’s largest coral reef, resulting in nearly 75% of the lagoon’s coral dying. Elsewhere, the Great Barrier Reef, a frequent victim of coral bleaching, has just undergone its third mass bleaching event in the last 5 years, with previous events in 2016 and 2017, which left only 8.9% of reefs unscathed out of a sample size of 1 156. Today, scientists estimate that half of the entire Great Barrier Reef is dead, and around 70-90% of all reefs worldwide could disappear in the next 20 years if conditions remain the same.

Another animal that is vital for marine ecosystems and are similarly heavily affected by small temperature increases are krill. Krill are small crustaceans that are an important food source for many aquatic animals, especially in Arctic environments. Aside from this, they are also used in commercial fishing as a food source for fish farms. Krill could be considered the most abundant species on Earth, but climate change could be affecting their population sizes, which holds severe implications for the food chain.

Most studies have focused on how habitat loss has affected krill populations, particularly the shrinking of ice caps which shelter the krill during winter. However, recent research has shown that heat stress has been affecting the hatch rates and success of krill, which affects the sustainability of krill populations in the face of global warming. Hatching occurs best at lower temperatures, at around -1.5°C, as the krill have evolved to hatch specifically in arctic environments. Hatching at higher temperatures, while possible, results in greater mortality. Similarly, growth rates peak at around 0.5°C, reducing to zero growth at around 3°C, demonstrating just how sensitive the growth rates are to small changes in temperature.

For some species, it may already be too late. Coral systems such as the Great Barrier Reef are unlikely to recover from bleaching unless temperatures return to normal. Furthermore, habitat loss is likely to increase the vulnerability of animals to heat stress. For example, deforestation and land use changes could lead to a loss of shaded areas or watering holes which animals use to cool off.

Perhaps a more immediate and practical way to make a difference is by identifying species that are particularly vulnerable to heat stress and offer some degree of mitigation or protection. After the Australian heatwave in 2018, some politicians have lobbied for sprinklers to be installed in urban areas to protect flying foxes from heat stress. An example of this is Burdekin Park, in Singleton, New South Wales, which has a spritzing system in place that is activated during heatwaves to protect the flying fox colonies there.

But even if the measures that are taken are small, now that the problem of heat stress is known to us, we can implement steps to adapt to and mitigate it, giving animals more of a fighting chance than they had in the past.