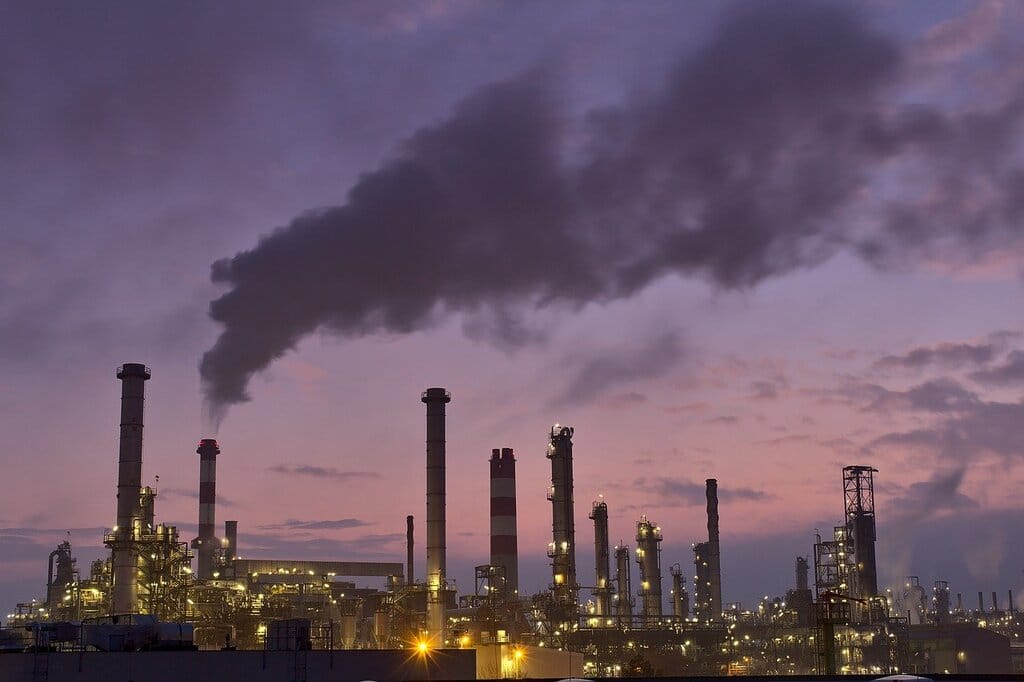 As climate change continues to loom, many nations are trying hard to take more responsibility and action to combat global warming. While the COP26 climate summit saw the adoption of the Glasgow Climate Pact where countries have agreed to “phase down” coal, there are many different tools in which countries can reduce their greenhouse gas emissions, including carbon pricing. Canada is one of the pioneers to implement such economic mechanisms. So, what is carbon pricing, and how efficient is carbon tax in Canada to reduce carbon emissions?

Carbon pricing is an economic measure applied by nations to encourage the reduction of greenhouse gas emissions and a tool to help combat the growing climate crisis. In economic terms, the motivation behind carbon pricing is to eliminate the external costs, such as the threats posed by greenhouse gas on human bodies. Carbon pricing exists in many forms, and one of the most straightforward policies is to impose a carbon tax on the sales of fossil fuels, which aims to shift back the external costs to those responsible for the emissions of greenhouse gas and to provide an economic incentive to companies to emit less.

Canada’s current climate goals are arguably ambitious. According to a Canadian governmental document, Canada’s latest Nationally Determined Contribution (NDC) under the Paris Agreement is to reduce emissions by 40-45% compared to 2005 levels before 2030. This is a huge leap compared to its original goal of reducing 30%. To help meet its obligations under the Paris Climate Agreement, Canada has adopted a nationwide carbon tax.

However, the country does not have the most straightforward carbon pricing system. As a federal state, not every jurisdiction in Canada had policies on carbon pricing until the Greenhouse Gas Pollution Pricing Act (GGPPA) was passed at a federal level in 2018. Now, each jurisdiction has different policies on how to apply carbon pricing but they can be generally categorised into three mechanisms; carbon taxation, a baseline-and-credit system, and the cap-and-trade system. It should also be noted that each jurisdiction can apply more than one system simultaneously.

For the jurisdictions that have implemented a carbon tax, the tax rate must meet at least the minimum price set by the federal parliament, which is currently CA$40 per tonne of carbon dioxide emitted. But this will be raised to $50 in 2022.

The carbon tax was almost implemented in every jurisdiction in Canada since it was the easiest out of the three carbon pricing systems. Once the emissions of each fossil fuel are determined, the relative penalty for it can be easily calculated. Then, the government can charge consumers at the point of purchase, which will effectively work similarly to a sales tax. However, the carbon tax arguably has a regressive nature; it disproportionately burdens low-income people and households as gasoline is more affordable and access to public transport is poor. As a result, jurisdictions that support a higher degree of social security have a higher tendency to opt out of a carbon tax.

The baseline-and-credit system is specifically designed to encourage companies, especially those in the industrial sector, to emit less greenhouse gas by ameliorating one’s manufacturing processes. Under this system, each industrial firm will earn credits if the CO2 emitted during the production is below the baseline, which varies according to the product. The credits can be used to offset future emissions. Vice versa, the companies of which the amount of emissions of CO2 is above the baseline, are required to buy credits from the companies that possess reserves or from the local government.

The cap-and-trade system is similar to the baseline-and-credit system, but it sets a cap on the CO2 emissions across an industry, or, in the best-case scenario, the whole economy. Then, the total amount of the cap is distributed as allowances to companies either for free or through an auction. Companies can enjoy higher flexibility on policy-making by trading allowances. The major difference between a cap-and-trade system and a baseline-and-credit system is that the supply of allowances is fixed in the former system while the supply of credits in the latter system is unlimited.

This higher degree of flexibility is seemingly preferable as the baseline-and-credit is more widely adopted while the cap-and-trade system is only implemented in Nova Scotia and Québec. But the two systems share many common advantages, including the fact that both leave the market to decide the price for carbon emissions. This could prevent governmental intervention that may lead to a situation in which a penalty is not in accordance with the external cost. 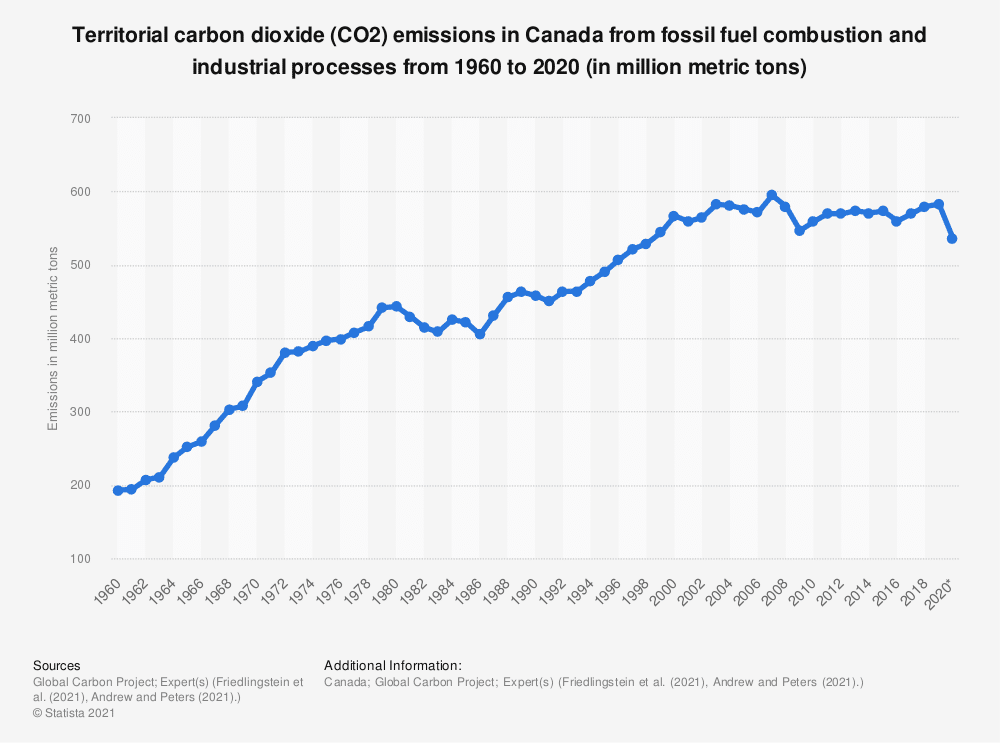 The Efficiency of Carbon Tax in Canada

Is carbon pricing in Canada efficient? It depends on whose perspective you are talking about. There is no doubt that carbon emissions have stopped increasing and even slightly dropped since the GGPPA was executed in 2019. However, it’s difficult to directly link the decrease in emissions to the Act as industrial production and private consumption of fossil fuels have decreased during the COVID-19 pandemic.

No one expects carbon pricing to have an immediate effect on emission reduction, and rather a steady improvement over time. For example, the upper limit in a cap-and-trade system is set quite high when it is first introduced, and to be lowered every year to give industrial firms time to adjust and transition. Likewise, the carbon tax rate will increase steadily every year allowing individuals time to get used to the policies. Carbon pricing is all about gradual improvement and finding the optimal level of output under the environmentally friendly context.

However, the implementation of carbon pricing has raised many criticisms, varying from its legitimacy to its damage to the Canadian economy. Many jurisdictions challenged that carbon pricing trespassed into areas that are traditionally governed by the provinces when each jurisdiction already has its own system of taxation. But the Supreme Court of Canada ruled that the GGPPA was constitutional in March 2021 as climate change causes harm outside of provincial boundaries.

From the economic perspective, there is a common argument that carbon pricing drives companies away. In 2019, Encana, the largest energy company and largest producer of natural gas in Canada moved its headquarters from Canada to Denver, United States. Gwyn Morgan, former president and CEO of Encana said that the reason for leaving was due to the Canadian ‘hostility’ to oil and gas. Since 2015, when Prime Minister Justin Trudeau took office, the foreign direct investment (FDI) has slightly decreased, a trend which naysayers attribute to the regulation of some equitable policies, such as an increase in the minimum wage. While the correlation between the decrease of FDI and the GGPPA remains unclear, the Act is often seen as a “double negative” to the economy.

Canada is the world’s 11th biggest CO2 emitter and even overtakes China and the US, the two largest polluters in the world, for emissions per capita. Having a national carbon pricing system in place is crucial in meeting emission reduction goals, along with other policies such as electric vehicle transition and reforestation initiatives. Time will tell how efficient the current carbon tax in Canada is, but should it be a successful experiment, neighbouring countries including the US could be encouraged to follow suit and expand the global carbon market.