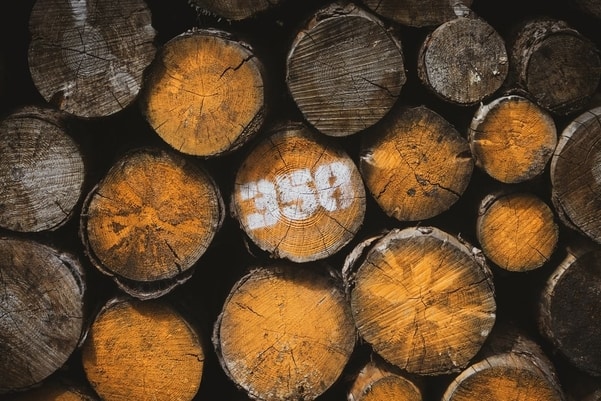 It’s the world’s biggest importer of logs, legal and illegal alike. A behemoth that drives an engine of timber harvesting across the world, from the rainforests of Malaysia to the jungles of Cameroon. But now, China may be poised to enter the club of countries who play another role in the timber trade: enforcer of the rules fighting against illegal logging.

On December 28th, 2019, China’s National People’s Congress Standing Committee revised the country’s Forest Law, for the first time including language that bars Chinese companies and investors from trafficking in illegal timber. Environmental advocates say the change is significant, and are hopeful it’s a signal that China is prepared to crack down on the illegal logging trade.

“We’re quite encouraged by some of the language in there,” said Jo Blackman, Head of Forests Policy and Advocacy at Global Witness.

The revisions are the first changes made to China’s Forest Law in over twenty years. If effectively implemented, the new rules could boost international efforts aimed at curbing the sale of illegally harvested logs, which has been estimated to be worth as much as $150 billion per year.

According to a 2019 analysis by Global Witness, which monitors illegalities in the natural resource trade, 80% of China’s tropical timber imports in 2018 came from ten countries with weak governance and accountability indicators. They included Papua New Guinea, Nigeria, and Equatorial Guinea, among others.

The trade in illegal logs is one of the most lucrative criminal markets on earth, with INTERPOL estimating that it represents between 15 and 30% of the overall market for wood products. Public officials in countries with tropical rainforests can reap huge financial benefits from the trade, worsening corruption of already fragile governments and threatening the sustainable management of those forests.

According to the World Bank, illegal logging may be responsible for as much as $78 billion dollars per year in lost global tax revenue – money that could be used by low-income countries to fund a wide range of public needs. And as its economy has boomed, lax timber import markets in China have been one of the main drivers of the illegal logging problem.

“It could be a massive game changer,” said Lisa Handy, Senior Policy Advisor with the Washington, DC-based Environmental Investigation Agency. “China remains by far the largest market for timber as well as illegal timber. The fact that they’ve been such a black box for timber import and processing has just allowed the trade to flourish.”

Article 65 of the revised law now reads, “No unit or individual may purchase, process or transport timber that he/she clearly knows was piratically felled or indiscriminately felled in forest regions.” The revisions are set to come into force on July 1, 2020.

But analysts say that the real test of whether or not the revised law will have a practical effect on the market comes down to how it is interpreted and enforced.

“It will depend on the level of political support they’ll have in terms of ensuring that it’s effectively implemented,” said Allison Hoare, Senior Research Fellow at Chatham House, which has released a series of reports on China’s role in the global timber trade. “It’s relatively easy to introduce a piece of legislation but the tougher part is ensuring it’s enforced effectively.”

The clause specifying that traders must “clearly know” that timber has been sourced illegally in order for penalties to apply to them, for example, could set a high bar.

“We’d like to see that further developed to make sure it’s a threshold that allows effective enforcement to be taken,” said Blackman.

The revised Forest Law was written mainly to regulate the use of domestic forests inside of China rather than those of the country’s trading partners abroad. But an article emphasizing the law’s applicability to China’s import markets was recently posted to the website of China’s National Forestry and Grassland Administration.

Advocates say they hope it’s a sign that the government is prepared to exercise tougher oversight on importers.

The revisions to China’s law follows a series of measures passed in Europe and the US in recent years which levy harsh penalties against companies found to be importing illegal logs. While China has lagged behind its wealthier trading partners in establishing similar regulatory regimes, analysts say there’s been a growing sentiment among Chinese policymakers for the need to catch up.

“I think for quite a few years there has been a reasonable level of awareness of China’s role in purchasing and driving illegal logging in other countries, and there has been some interest and political commitment inside the government to make progress,” said Hoare.

Chinese President Xi Jinping often references his goal of building an “ecological civilization,” and the country is due to host the 2020 UN Biodiversity Conference in late October, barring unforeseen complications stemming from the global coronavirus outbreak.

According to Jo Blackman of Global Witness, the real measure of the new law will come down to whether it leads to consequences for those who break it:

“The supply chain behavior and sourcing practices of these companies only change if they really believe that they’re at risk of falling afoul of enforcement regimes, and they only believe that when they see action taken against significant importers.”