China is at the forefront of the EV revolution and the world must catch up. Desires for improved air pollution, energy independence, and global leadership in strategic clean-tech industries are the main drivers of China’s electric vehicle market development.

The Electric Vehicle Market in China

China is the largest electric vehicle market in the world, accounting for 53 percent of global sales in 2021. Last year, sales volume nearly tripled, reaching a total of 3.3 million. In comparison, sales in Europe grew 65% to 2.3 million while they more than doubled in the US, reaching 630,000. According to the China Passenger Car Association (CPCA), EV sales may reach 6 million units in 2022, and 500,000 of these will be commercial vehicles.

The International Energy Agency (IEA) explains that China was able to better reduce the price gap with traditional cars by producing smaller vehicles and enjoying lower manufacturing costs. On average, the price of an EV in China is only 10% more than that of traditional cars, significantly lower when compared to the 45-50% average increase in other electric vehicle markets.

China’s most popular electric car in 2021 was the Wuling Hongguang Mini. This tiny, four-passenger EV was developed by General Motors’s joint venture with Wuling Motors and state-owned SAIC Motor. Its price starts at around RMB28,800 (US$4,500), making EVs truly budget-friendly.

From a consumer perspective, EVs are more convenient than traditional vehicles for several reasons. For instance, they are more energy-efficient and have a lower maintenance cost than a traditional internal combustion car. Moreover, governments around the world have been offering incentives to boost adoption rates. In China, generous government subsidies were first introduced in 2009 and were originally due to be phased out next year. However, in 2020, Beijing extended the EV subsidy scheme for two more years to spur demand in the wake of the COVID pandemic. Today, China is considering an additional 2023 extension although details are yet to be confirmed.

It also appears that the Chinese government may be considering extending tax exemptions on EV purchases, costing the government about RMB200 billion (US$30 billion). Concurrently, to compensate for the phase-out of national subsidies, the government established an EV credit system that requires a certain percentage of all vehicles sold by a manufacturer each year to be battery-powered. To avoid financial penalties, manufacturers must secure a stipulated number of credits every year. The requirements to earn credits get more rigorous over time, contributing to China’s goal of having EVs make up 40 percent of all car sales by 2030.

Many Chinese provincial and local governments have implemented policies to stimulate the development of the domestic EV market. In 2017, China introduced green energy license plates for alternative vehicles nationwide, which are not subject to the license rationing system and can be obtained more quickly and at a significantly lower cost. For conventional vehicle owners, obtaining a license plate in China’s tier one cities is incredibly arduous. Beijing has implemented a license-plate lottery to tackle congestion and asphyxiating pollution; in 2018, the odds of winning the bi-monthly draw were as low as 1 in 2,031. Unlike the Chinese capital, Shanghai uses an auction-style system in which people bid for plates. However, the city provides free green license plates to new EV owners. Having an electric car can also save the Chinese up to US$12,000. This preferential policy began in 2014 and is expected to continue until 2023.

What Has Prompted the Chinese Government’s Vigorous Support for Electric Vehicles?

Firstly, EVs provide a cleaner means of personal transportation and support China’s comprehensive government agenda to tackle greenhouse gas (GHGs) emissions. Vehicle emissions driven by fossil fuel use are a major contributor to air pollution in China, one of its main environmental concerns since the late 1990s.

A 2013 study shows that in 2013, exposure to fine particulate matter pollution (PM 2.5) cut the life expectancy of the entire Chinese population by 4.6 years on average. That same year, Beijing implemented its first national air quality action plan, signalling a change to its longstanding prioritisation of economic growth over environmental concerns. By all accounts, they were successful: China’s air pollution reduction strategies resulted in a major improvement in air quality. Reports from the Ministry of Ecology and Environment indicate a 58% drop in average PM2.5 levels between 2013 and 2021, from 72 micrograms per cubic metre to 30 micrograms per cubic metre. By 2020, China was no longer counted among the five most polluted countries in the world.

However, much work is yet to be done. The country’s pollutant concentration remains above the 5-microgramme limit recommended by the World Health Organization (WHO), while in some northern industrial regions, smog levels come close to 200 micrograms during the winter. According to the University of Washington’s Global Burden of Disease Study, air pollution in China caused approximately 1.4 million premature deaths in 2019. A state-funded task force commissioned by China’s national pollution research program asked Beijing to revise its national air pollution standards and improve legal protections for human health. It further urged the Chinese government to promote clean energy, upgrade emitting industries, and control transportation pollution.

Secondly, China is aiming to curb oil reliance amid a turbulent geopolitical landscape and soaring prices. According to research published by the Carbon Tracker think tank, the China-led shift to EV usage in emerging markets could, by the year 2030, cut expected growth in global oil demand by 70%. the Asian nation is currently the world’s largest energy consumer and oil importer since 2017. Following Western sanctions over Russia’s invasion of Ukraine, Beijing was able to procure Russian energy at a discounted price; Moscow displaced Saudi Arabia to become China’s top supplier of crude oil. But as global oil prices continue to surge, experts believe China may spend an additional US$100 billion this year on imported crude oil compared to 2021.

Volatile energy markets have provoked great concern over affordability and supply security. In March 2022, the National Development and Reform Commission (NDRC) and the National Energy Administration (NEA) issued the 14th Five-Year Plan for a Modern Energy System. The plan aims to improve Chinese energy security and accelerate the ongoing green and low-carbon transition.

2025 is an important benchmark: The proportion of non-fossil energy consumption is expected to increase by approximately 20%, the proportion of non-fossil energy power generation will reach about 39%, and electricity is expected to account for about 30% of final energy consumption. China’s electrification project is essential to achieving its carbon neutrality goals and reducing dependence on oil and gas imports. That being said, caps on coal consumption and coal-fired power capacity will not emerge in the near term. As China’s primary energy consumption rises, Beijing will prioritise short-term energy security, even at the expense of its environmental goals.

Finally, China wants to obtain global leadership in the strategic EV industry and enjoy significant economic opportunities. In 2014, Chinese President Xi Jinping explained the importance of new energy vehicle development for the Chinese auto industry, saying it was the only way for China “to move from a big automobile country to a powerful automobile hub.”

Despite being the world’s largest car market, China has never managed to become an export hub for traditional vehicles. Since easing its joint-venture rules for EV makers in 2018, more foreign automotive companies have chosen China as their base to manufacture vehicles for other regions. Tesla was the first American company and foreign car maker to have a fully-owned manufacturing operation in China. In addition to being the world’s largest exporter of EVs – accounting for 60% of global production – China is also the largest producer of electric-car batteries. Chinese battery manufacturer CATL controls more than 30% of the world market for EV batteries. Government investment has also flown into consumer infrastructure for EVs. Today, the majority of China’s charging points are located in developed coastal areas. By 2025, China will significantly increase the breadth of its charging infrastructure to meet the needs of more than 20 million cars, including in rural areas.

The Future of the Electric Vehicle Market

Electric vehicles will shape the future of transportation and China is at the forefront of this revolution. The industry has still a long way to go: significant advances in technology are necessary to mitigate structural challenges to the widespread adoption of EVs. The transport sector is responsible for approximately 20% of global GHGs; 95% of the world’s transport energy still comes from fossil fuels. Amid rising environmental concerns, the electrification of transport systems has become a priority to achieve the climate transition and fight climate change. 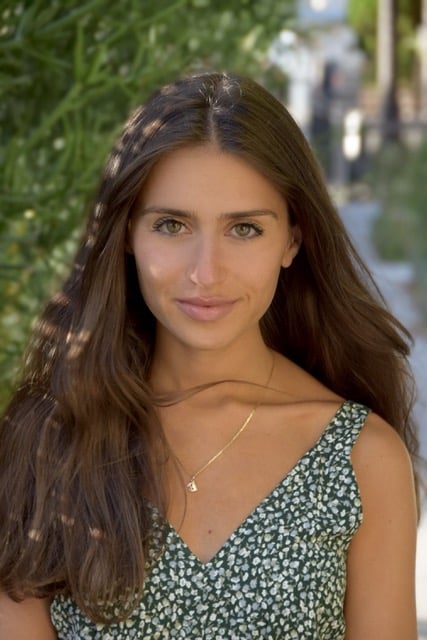 Caterina works in Corporate and Public Affairs in Beijing, China. She is passionate about corporate sustainability and exploring the geopolitical dimension of environmental issues. She holds a master’s degree in International Relations from Peking University and has conducted research at the Italian Ministry of Foreign Affairs. Caterina volunteers for The Climate Mobilization, working with regional advocacy groups based in the United States.