How Climate Change Will Force Countries to Rethink Their National Security 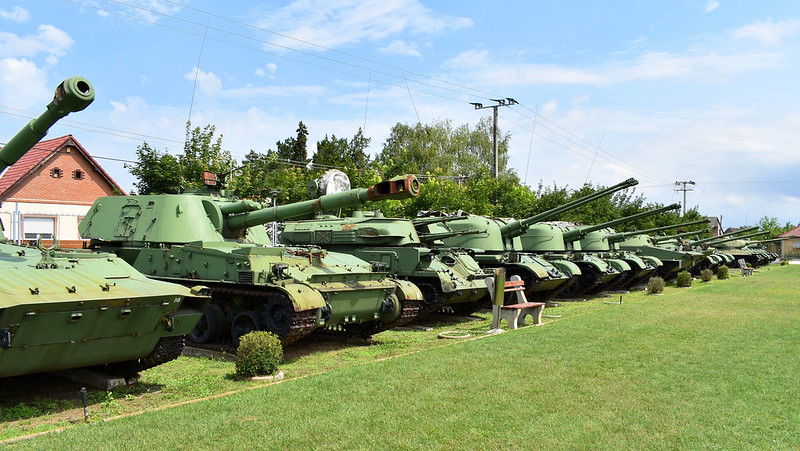 Climate change does not only mean warmer temperatures. A climate in a state of flux will invariably affect the scarcity and availability of basic resources, including food, water and energy, and climate change is only accelerating the disruption of supply. History teaches us that increased resource scarcity often results in heightened tensions and even conflict, and as climate change begins to usher in unprecedented and existential challenges to humanity, the greatest crisis of our time needs to be framed in a way that can properly capture the risks it poses to national security. This is the first in a series of articles about the threats that climate change will pose to various countries’ national security.

For being a remarkably adaptable species, humanity and its institutions have largely failed to keep pace with the rapid changes of our time. We have yet to internalise that, left unchecked, climate change impacts will wreak havoc on not only our land and seas, but also on our way of life and our civilisation. Under even the most optimistic temperature rise scenarios, regions across the globe will experience severe risks to national and global security over the next several decades. In situations of more pronounced warming, global security risks will be catastrophic and potentially irreversible.

From a practical standpoint, nations will need to reorganise their defense lines, as sea-level rise threatens to submerge or render many strategic military installations and outposts located on coastlines unusable.

As climate change alters our coastlines and borders, it will also open up new avenues and regions for humans to exploit. Changing climatic and geological conditions will cause economic spheres of interest to shift, military forces will pivot to stake claims or protect the reshaped priorities of their nations. Warming temperatures and sea ice loss in the Arctic Ocean will soon reveal an entirely new economy, with traversable trade routes and fieldfuls of extractable resources beckoning nations near and far to compete over them. Whether or not nations will benefit economically or suffer from exploitation in the suddenly profitable regions of Earth will mainly come down to their geography and capacity for economic resilience. For nations and communities without reliable governance or sufficient capital,  border security might be threatened by resource scrambles and encroaching militarisation.

In addition to climate change, the evolution of our technological capabilities will unlock new spaces for humans to settle and exploit, creating more opportunities for states to claim dominance in new areas and industries. As our advancements allow us to push further skywards, low-Earth orbit (LEO) and eventually extraterrestrial domains will attract ambitious investors and settlers, often operating beneath the guise of philanthropic purveyors of humanity’s legacy. But LEO satellite installations, lunar resource extractability and asteroid mining are simply extremely profitable ways to widen human impact on the environment to a cosmic scale. These practices can become easily militarised when they occur within a context of competition, as would happen given the current lack of governance in space, and pose a direct threat to the national security interests of states.

Even when we won’t be fighting each other, we will still be at odds with an increasingly unpredictable and chaotic natural world. New contagious diseases and pathogens will emerge as humans encroach further upon the environment. And our nations’ borders will not only be vulnerable to other peoples. As we have seen for the past year, mass disruptions of the natural world and pandemic-level crises can foment extreme isolationism and enmity.

Potentially the most pressing national security concern in a world with a rapidly changing climate is the impact of mass climate-induced migrations. Migrations have always existed, and have always had the potential to disrupt economies and societies. But in the age of anthropogenic climate change, human migrations will occur at a scale never seen before. By 2100, up to 2 billion people will be displaced and forced to become climate refugees, around one fifth of the projected global population by end-century.

Considering that the worlds’ nations are failing at handling the current global refugee crisis, which in 2020 affected around 80 million migrants, the stresses of climate change-induced migration will presumably be too much for many nations to take on. Many vulnerable people will undoubtedly be turned away. The first potential climate refugee, a man from the low-lying Pacific island nation of Kiribati seeking asylum in New Zealand, was turned away in 2015, on the grounds that there was no significant danger to his life in Kiribati. This case may set a precedent, or at least an indication, as to how climate migrants may be viewed differently than other refugees in the future. Refugees escaping war-zones, for instance, may be seen as more deserving of humanitarian aid, despite the desperate climate change-induced conditions an exponentially growing number of asylum-seekers will experience in their home countries.

The link between national security and climate change is becoming increasingly apparent. Between 2006 and 2007, Middle Eastern countries were severely affected by a prolonged drought, which has been attributed to changing sea pressures in the Eastern Mediterranean caused by higher atmospheric concentrations of greenhouse gases.

In Syria, the drought caused agricultural systems to fail, pushing farmers and rural inhabitants to migrate towards cities in large numbers searching for work. Ethnic tensions escalated, as competition for jobs and resource scarcity rose in a country that had already been marred by years of poor governance. Heightened social vulnerability and resentment towards the government eventually spiralled into armed conflict, preceding the Syrian Civil War which has been ongoing since 2011.

In Nigeria, persistent droughts, desertification and sea level rise have pushed agricultural systems to the brink of collapse. Farmers and herders from the country’s north, closest to the Sahara and where desertification is occurring fastest, have been forced to relocate southwards. Competition for resources and arable land in the south is aggravated by the presence of rival ethnic and religious groups, and periodic eruptions of conflict have broken out between groups from the predominately Muslim north resettling in this mainly Christian region of the country. In 2018, these confrontations caused six times as many deaths as the country’s conflict with Boko Haram.

Sea level rise, inundations and flooding will affect coastal areas worldwide, but few will bear the burden that Nigeria and Western Africa overall are projected to. Already in 2012, devastating floods along coastlines and riverways impacted virtually all of Nigeria. Hundreds of deaths, millions of displaced peoples and irrecoverable property damages severely undermined public faith in institutions and created substantial resentment towards the government. Lost revenue from the affected state-owned petroleum production industry, one of the main sources of public funding in Nigeria, also made any government-funded relief programmes impossible at the time they were needed most.

A common trend is that developing nations without the capital resources to invest in climate resilience will be the most impacted by climate change. In this world, wealthier countries will need to decide what role to play. Will they prioritise their own national security interests and turn away climate refugees, or will they attempt to safeguard the most vulnerable across the world? Will they be pulled into more climate-driven conflicts across the globe and profit off of the distress, or will they provide aid and relief to build resilience in afflicted regions?

Climate change is a natural security issue, and it will involve every country in the world in some capacity. Since every nation will be affected, it is in our global collective interest to prioritise the issue. And as universal stakeholders in a global collective interest to protect the Earth, every cent spent towards damaging the Earth and fighting each other is inefficiently spent money. Global defence spending amounts to almost USD$1.9 trillion, and fossil fuel subsidies worldwide amount to over USD$5 trillion. These expenditures, and many more like them, are simply wasted money.

In the context of climate change and of our collective interest, these patterns of spending become objectively pointless. For instance, China has invested vast amounts of capital and resources towards building artificial islands and laying territorial claims in the South China Sea, creating significant tension with ASEAN member states and even being called a potential catalyst for military conflict with the US. But the low-lying islands and atolls in the South China Sea tend to be no more than a few inches or feet above sea level, making them vulnerable to current sea level rise estimates between 3 and 6 feet by 2100. Despite the financial, militaristic and geopolitical implications of the project, it could literally be dead in the water sometime over the next few decades.

Prioritising the issues that affect the national security status of every country in the world, now and in the future, is simply good governance. Highlighting how climate change poses a unique security threat to each and every nation will make the issue more palpable and create a sense of urgency amongst the public. The absurd sums governments dedicate to defense spending, fossil fuel subsidies and other suboptimal plans need to be reallocated, and to do so, voters and citizens need to be convinced that their governments are misusing public resources. Framing climate change as a threat to national security, and as an equitable risk that affects the collective interest of all the Earth’s inhabitants, could be exactly what we need.