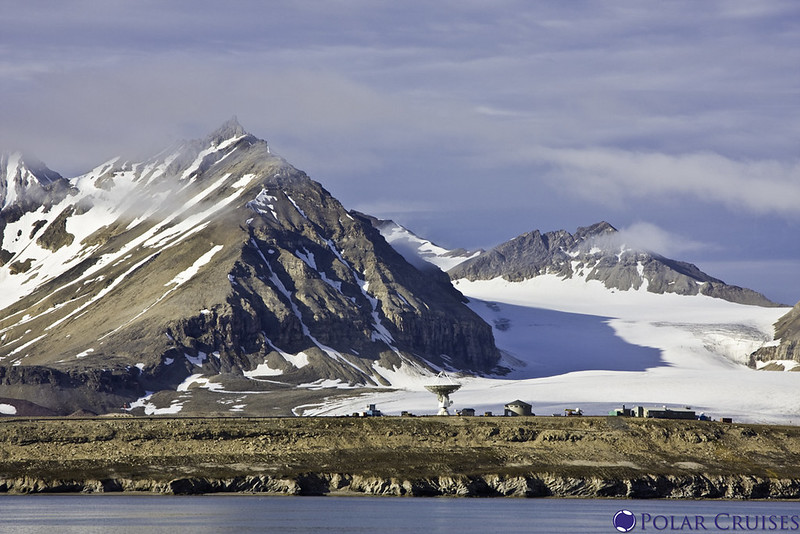 In mid-May, a pocket of scorching hot air flowed north from Siberia and fanned out across the Arctic Ocean reaching as far as Greenland and triggering an unprecedented heatwave. In Khatanga, a Russian village above the Arctic Circle which normally remains below freezing in the spring, the mercury hit 25 degrees Celsius, smashing the previous record by 13 degrees C. According to temperature records which go back to 1958, no other year has been hotter in the Arctic for this same time period. This weather anomaly has since ignited significant wildfires in Russia and contributed to the rapid melt-out of sea ice in the Arctic Ocean — possibly jumpstarting this year’s melt season. Indeed, sea ice is currently at its fourth lowest for this time of year since record-keeping began in the 1970s. Could this increased Arctic ice melt actually be linked to the COVID-19 pandemic?

“Overall, this winter wasn’t particularly warm, but now that’s flipped around in the last month and we’re really seeing the effects,” says Mark Serreze, director of the National Snow and Ice Data Center (NSIDC). “Big holes are opening up along the Siberian coast where it’s been the warmest.”

This Central Arctic heatwave may not be a one-off event only occurring in spring 2020, researchers suggest. Rather, if levels of global industrial air pollutants continue to fall due to the COVID-19 pandemic, the current Arctic warmth could be a bellwether of what’s to come later this summer when sea ice melt annually kicks into high gear.

According to a recent study in Nature Climate Change, daily global greenhouse emissions dropped by 17 percent in early April compared to last year’s numbers. If maintained, a decline in carbon pollution is a good thing for global climate stability and for avoiding the most severe consequences of climate change.

But in the short-term, a drop-off in atmospheric pollutants can actually cause a slight increase in global warming. That’s because heat-trapping gases such as carbon dioxide and methane aren’t the only thing released by burning fossil fuels. Sulphate aerosols are also spewed into the air, and these aerosols are known to produce a cooling effect on the planet, mitigating some of the warming from greenhouse gases. If aerosol emissions are going down, it’s possible we could see a slight temperature bump upward this spring and summer which could speed up Arctic sea ice melt.

“Ultimately we need to eliminate sulfur pollution and sulphate aerosols, which cause lots of other problems too, such as acid rain,” says Michael Mann, a renowned climatologist and director of the Earth System Science Center at Pennsylvania State University. “But it is a ‘Faustian bargain’ in the sense that [reductions in aerosols] unmasks some of the global warming that had been hidden for decades by the sulphate aerosol pollution.”

Unlike greenhouse gases which can remain in our atmosphere for years, sulphate aerosols are relatively short-lived. They’re typically washed out of the troposphere in a matter of weeks, and therefore need to be constantly replenished by industry to maintain their cooling benefits.

Sulphate aerosols counteract planetary warming in two different ways. For one thing, they’re highly reflective. “They reflect a lot of sunlight back into space, rather than have it absorbed and warming the earth,” explains Michael Diamond, an atmospheric scientist at the University of Washington. “They can also change cloud properties. Clouds aren’t just pure water — they need a seed or a nuclei to form.” Sulphate aerosols provide such nuclei for water to condense around, creating a greater abundance of clouds, and more reflective clouds as well — an effect known as ‘cloud brightening.’

“It’s like a lot of little mirrors reflecting sunlight back to space,” says Diamond.

The United Nations Intergovernmental Panel on Climate Change has long struggled to quantify the exact cooling impact of sulphate aerosols. According to Mann, aerosols have likely been responsible for offsetting about 0.4 degrees Celsius of global surface warming, and a much larger amount — more than 1 degree C (1.8 degree F) — in the mid-latitude regions during summer when there is more sunlight to reflect back.

An AGU Advances study published in March 2020 sought to further quantify the aerosol impact on cloud brightening, with researchers zeroing in on a shipping lane in the southeast Atlantic. Diamond, who served as lead author of that study, found that sulphate aerosols from shipping were responsible for reducing warming by two watts per meter squared. To put that in perspective, greenhouse gases are responsible for warming of about 4 watts per meter squared. When Diamond and his team calculated the global cooling effect from all industrial activity around the world, on land and at sea, they found that sulphate aerosol-seeded clouds masked about a third of all warming from greenhouse gases. 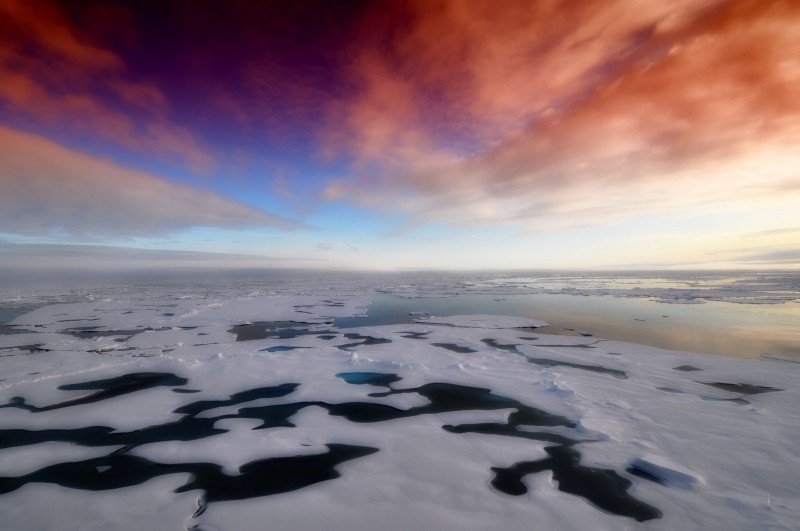 And Then Came COVID-19

Researchers around the world are now trying to parse out how Coronavirus lockdown measures have affected global emissions. In the Nature Climate Change study published last month, an international team of scientists found that daily CO2 emissions dropped by 17% at the peak of the coronavirus shutdown. However, emissions are creeping back up as shelter in place measures are relaxed. By year’s end it’s expected 2020 CO2 emissions will end up between 4 and 7% lower than 2019 — the biggest drop since World War II.

Another study published in Geophysical Research Letters in May found that nitrogen dioxide pollution over China, Western Europe, and the United States decreased by as much as 60% in early 2020 compared to the same time last year. And a study focused on northern China found that levels of Particulate Matter 2.5, a notable human health hazard, decreased by approximately 60% in January and February.

But Diamond says the picture is a bit more muddied when it comes to aerosols. His research group has been examining emission levels from China in February 2020. “In the clouds over the South China Plain and East China Sea, you don’t see any difference in the size of those cloud droplets,” he says, indicating there hasn’t been a significant change in the level of sulphate aerosols in the atmosphere. One explanation could be that though passenger traffic has fallen during the pandemic, electricity generation for industrial combustion is only down by about 10%, according to data from the Chinese government.

However, coincidentally, in January 2020, the United Nations International Maritime Organization implemented a policy banning ships from using fuels with a sulphur content above 0.5%, resulting in a seven-fold reduction from 3.5%. “Any signal we’re seeing in international shipping right now is a combination of this policy and the pandemic,” says Diamond.

Sulphate aerosols have been decreasing in the United States under the Clean Air Act as well, says Patricia Quinn, atmospheric chemistry leader at the U.S. National Oceanic and Atmospheric Administration’s Pacific Marine Environmental Lab. Since the 1980s, sulphate aerosols have likely declined by between 30 and 50 percent. “It’s not serving as big as a mitigator [of warming] as it once was,” Quinn said. “Coal-fired power plants — a major source — aren’t being used as much as they were a few years ago because it’s a more expensive form of energy production now.”

Indeed, in a 2017 study, scientists posited that the sulphate aerosols released due to human activity masked the decline in Arctic sea ice in the mid-20th century, before the Clean Air Act went into effect, and actually led to periods of ice growth.

A Riddle, Wrapped in a Mystery, Inside an Enigma

So how might a reduction in sulphate aerosol levels affect the Arctic during the Coronavirus pandemic?

Quite a lot — maybe. Juan Acosta Navarro is an environmental scientist at the Barcelona Supercomputing Center. He says that, “The Arctic appears to be quite sensitive to changes in emissions of sulphate aerosols.” Using earth system computer modelling, his simulations showed that sulphate aerosol reductions in Europe since 1980 could potentially explain a significant fraction of Arctic warming over that period. Specifically, the Arctic received approximately 0.3 watts per meter squared of energy, warming by 0.5 degrees C (0.9 degrees F) on average as Europe’s sulphur emissions declined. “We conclude that air quality regulations in the Northern Hemisphere, the ocean and atmospheric circulation, and the Arctic climate are inherently linked,” his 2016 Nature Geoscience study stated.

But weather variability and climate system chaos — as always — still provide an obstacle to making any long-term predictions about the sea ice outcome this year, or any year.

“Patterns of the atmospheric circulation are going to play a huge role in what summer looks like,” says NSIDC’s Serreze. “Could we be looking at a record high global temperature this year? Maybe. We’re kind of on track for that right now. What’s going to happen with the sea ice? We know it’s well below average right now, but [weather variability] can counter the effects of greenhouse gases” in the short term.

Still, he’s energized — certainly not by COVID-19, but by the prospect of being able to test the role of sulphate aerosols on global warming. “Here we are, in a serendipitous sense, presented with this incredible global experiment. We can perhaps see what the effects are [of sulphate aerosol reduction] and how this relates back to the sea ice.”

“Every cloud has a silver lining,” he concludes.

This article was originally published on Mongabay, written by Gloria Dickie , and is republished here as part of an editorial partnership with Earth.Org.