The Climate Crisis Will Cause Once-Dormant Viruses to Reemerge 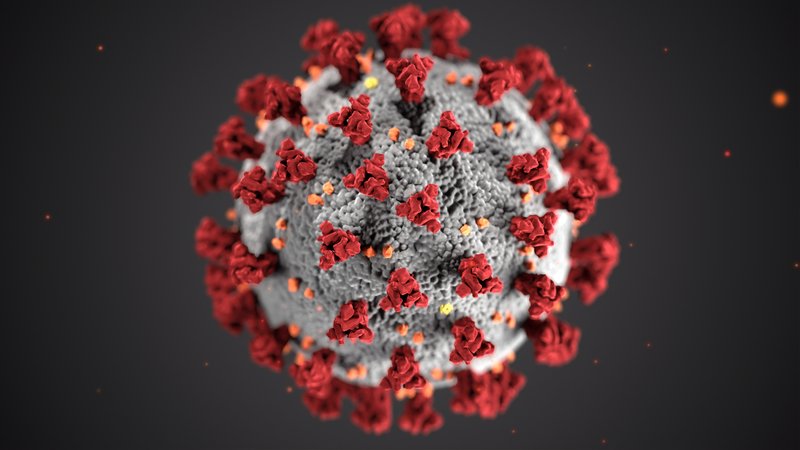 The climate crisis is causing ancient permafrost to thaw, which could unleash viruses and bacteria that have been dormant for thousands of years, presenting a potentially catastrophic risk to humans and ecosystems alike.

During the 2016 summer heatwave in the Siberian Tundra, a group of reindeer herders became ill from a mysterious illness, which took the life of 2 500 reindeer and a 12-year old boy. It was thought that the illness was the “Siberian plague” that was last seen in the region in 1941, and investigations revealed that the disease was anthrax. Its origin was a reindeer carcass that died from anthrax 75 years previously that became exposed due to melting soil as a result of warming temperatures.

This reemergence of viruses and bacteria may become more prevalent as the climate crisis progresses. The conditions of permafrost are ideal for bacteria to remain alive for very long periods of time, perhaps as long as a million years. Permafrost is a very good preserver of microbes and viruses because it is cold, devoid of oxygen and dark.

Scientists have discovered fragments of RNA from the 1918 Spanish flu virus in corpses buried in mass graves in the tundra of Alaska and it is likely that smallpox and the bubonic plague are buried in Siberia, showing the likelihood of these agents being unleashed.

A study in 2011 postulated that as a result of melting permafrost, diseases prevalent in the 18th and 19th centuries could come back, especially near the cemeteries where the victims of these diseases were buried. In a project that began in the 1990s, scientists from the State Research Center of Virology and Biotechnology in Novosibirsk have tested the remains of Stone Age people that were found in southern Siberia, as well as samples from the corpses of men who had died during viral epidemics in the 19th century and were buried in the Russian permafrost. The researchers found fragments of the DNA of smallpox in some of the bodies.

Additionally, researchers in a 2005 study successfully revived bacteria that had been frozen in a pond in Alaska for over 30 000 years, since woolly mammoths still roamed the Earth. When the ice melted, the bacteria began swimming around, unaffected. Two years later, scientists were able to revive an 8-million-year-old bacterium that had been frozen beneath a glacier in Antarctica.

Luckily, not all bacteria can come back to life after being frozen in permafrost. Anthrax forms spores, which can survive being frozen for over a century. Similar bacteria include tetanus and the bacteria that causes botulism.

A 2009 study claimed that residents in the Arctic rely on subsistence hunting and fishing for food sources, as well as a suitable climate to store food. This food storage includes ground air-drying, being placed under ground and in close vicinity to permafrost. The bacteria that prompts botulism is active in temperatures higher than 4 degrees Celsius and as the climate warms, the potential of food-borne botulism could grow.

The warming of the climate will also trigger the migration of species that are carriers of diseases such as the Zika Virus, a mosquito-borne virus primarily carried by Aedes mosquitos and which causes fever, muscle and joint pain and headaches. Zika virus infection during pregnancy can cause infants to be born with microcephaly and in severe cases, miscarriages. These mosquitoes also transmit dengue fever and chikungunya fever. Though these mosquitoes primarily reside in tropical southeastern states in America, the increase in temperature could encourage a dispersion of these insects. A 2017 study focuses on the outbreak of the Zika Virus in Brazil from 2014 to 2016. By the end of 2016, approximately 200,000 cases of Zika Virus were confirmed. The virus was claimed to be brought to the country in the 2014 World Sprint Championship canoe race in Rio de Janeiro which brought those from the French Polyneisa into the country which triggered Zika transmission. A year later, once the virus had domiciled in Brazil, it eventually spread throughout Latin America and the Caribbean and the virus had been found in every country that contained the Aedes aegypti mosquito.

As the climate crisis continues, air temperatures will increase, resulting in quicker thawing. Higher temperatures also encourage the cholera bacteria (Vibrio Cholerae) to duplicate, resulting in a wider spread. The melting of the soil could contaminate water supplies, therefore spreading water-borne diseases such as cholera and others.

While we know of the frightening and life-threatening diseases and viruses that could come back to life with the advancement of the climate crisis, there is no way for us to know the full extent of this without experiencing it. It is imperative that humanity mitigates the climate crisis before unknown and horrific diseases spring back to life.