The climate crisis has exposed and exacerbated social and economic inequalities, especially in poor and marginalised communities, putting millions of lives at risk. Climate justice and debt are the key to securing the rights for those who have been impacted most by climate change and for future generations.

In every crisis, including a global pandemic, those who are within the social and economic inequalities face the worst of it. The climate crisis is also one such that has a long-standing impact on marginalised sections. The impacts of climate change are disproportionately higher on poor nations, who have contributed significantly less to it. As rich nations, who are historically big emitters, refuse to take responsibility and delay actions, those impacts continue to be worse.

Inadequate climate policies are already exacerbating hunger and displacement due to disastrous floods and storms, especially in marginalised communities. In addition to existing poverty and hunger, millions are at risk of livelihood loss, and many more are being pushed into relief camps. Years of progress to achieve socio-economic improvements in poor countries are slowly eroding under the climate crisis. And continued ignorance and inaction would mean a long-term denial of even the most basic human rights like dignified life.

According to a study by Oxfam, the world’s richest 1% emit more than twice that of the poorest 50%. It’s clear that we have to move away from conventional climate action to climate justice by listening to and addressing diverse voices. For those dependent on nature for survival and those from poor regions and vulnerable geographies, taking action against the climate crisis is a matter of life and death rather than economic benefits or politics. Climate justice shifts climate action away from economics to a systemic approach to address historic injustices along with the existential crisis. It provides a whole package for a safe and equitable future. From colonialism to modern exploitation, discrimination and aggregation of millions of people and their culture have left generations out of a decent life on Earth. With the climate crisis, that denial becomes long term.

The climate crisis was borne out of a few seeking privilege and a luxurious lifestyle, along with exploitation of the rest of the world. They have historically amassed wealth with the exploitation of poor countries, culture, nature, and an economy powered by fossil fuels. As a result for poor countries, climate action has been proven difficult due to a lack of financial resources.

At the 2009 UN climate summit, or COP15, rich nations promised to release USD$100 billion a year to developing nations by 2020, as a way to help them adapt to climate change and mitigate further rises in temperature. But six years on, this remains unfulfilled. Instead they have exposed vulnerable nations more to the brunt of the climate crisis. Still, even if the climate debt is met, it is not even close to the loss and damage that is required to secure and protect millions of lives. With nothing left in poor countries since colonialism, loans are the only option left to rebuild the socio-economic society. The same goes with dealing with the impacts of climate change; many poor nations are in debt with loans that go beyond unsustainable levels.

The United Nations Environment Programme outlined in its climate change and human rights report that “extreme weather events are more prevalent in a warming world, leading to death, destruction of property and crops and limited access to food, water, shelter, healthcare, and education”. With the climate crisis, people are losing the housing rights that they used to enjoy with the only option left is to flee. But displacement is not the only threat for them. According to Lancet Health and Climate Change, “the climate crisis is the biggest global health threat of the twenty-first century and could reverse five decades of progress in global health, particularly as it endangers the right to food”.

The United Nations High Commissioner for Refugees (UNHCR) estimates that “21.5 million people are displaced by climate change related disasters every year – more than twice the number of those forced to flee conflict or violence”. Today, more than 2 billion people live in countries vulnerable to the climate crisis.

Island nations in particular, are under immediate threat of losing nationality, citizenship, socio-economic and cultural rights. And survival itself depends on a fossil fuel-free world. Other vulnerable geographies could be on the same track if global inaction persists. While the climate crisis forcefully evicts those from vulnerable geographies, nations have to think about whether to uphold refugee rights or to follow national interests. If the latter is preferred, climate refugees will have to live a life without traditional livelihood, social securities, educational rights and will likely struggle to meet even basic standards of living. In the end, the climate crisis exacerbates wealth and gender inequalities.

Climate justice is the key to securing the rights for future generations. The UN Human Rights Council “recognised access to a clean and healthy environment as a fundamental right” while The World Health Organization estimates that some 13.7 million deaths a year, or around 24.3% of the global total, are due to environmental risks such as air pollution and chemical exposure. Acknowledging the fact that the climate crisis is a threat to the right to life, the UN also highlights the different stakeholders in upholding the responsibilities of human rights.

“The UN Guiding Principles on Business and Human Rights confirm that businesses also have human rights responsibilities. They reaffirm that all responsible actors should be held accountable for the negative impacts of their activities and that all actors share responsibility for remedying these impacts.”

Human rights follow from nature through environment and identities. As human beings depend on nature on all facets of life including survival, any changes are detrimental to human life itself. Climate justice and protecting nature and biodiversity secure basic human rights and ensure its long term safeguard. 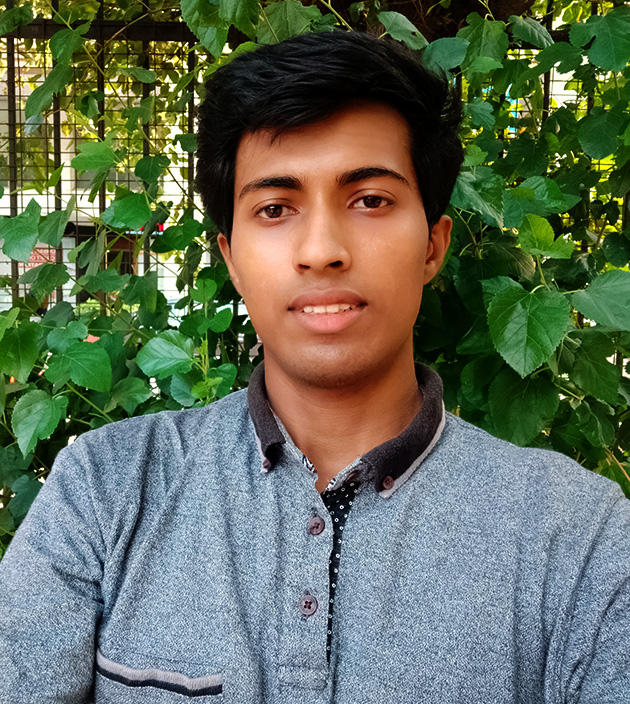 For John Paul Jose, a Kerala-born activist, the wake-up call came in 2018, when UN climate change experts announced that we had a 12-year window left to save the planet. Today, John Paul is a passionate activist, engaged with research, rewilding, environmental justice matters and other activities to safeguard a liveable and sustainable future. He has collaborated with Greenpeace, chaired as an advisor at Gen-Z think thank Irregular Labs, is part of the UNCCD (UN Convention to Combat Desertification) Youth Forum and the UNEP (United Nations Environment Programme) working group on marine litter and plastics.