Age of Union Pledges $3.5 Million to the Conservation of the ‘Peruvian Capital of Biodiversity’ Madre de Dios Region

On December 12, tech leader and environmental activist Dax Dasilva of the Age of Union Alliance announced that they will be pledging US$3.5 million towards the conservation of the Madre de Dios region of Southeastern Peru. These funds are intended to be provided over the course of five years to Junglekeepers, a local NGO founded by Paul Rosolie, and one of the very first projects Age of Union worked with. In the next five years, these funds will hopefully secure more land concessions, expand the ranger programme, establish greater ties with local Indigenous communities, create sustainability programmes centred on neutralising unsustainable practices, mitigate the damages caused to wildlife by local industries, and regenerate the damaged landscape through reforestation, sustainable cultivation of native flora, and animal conservation.

Under the leadership of tech leader and environmental activist Dax Dasilva, the Age of Union Alliance announced on December 12 a US$3.5 million pledge to protect the Las Piedras River, located in Madre de Dios, southeastern Peru. The funds will be provided over the course of five years to Junglekeepers, an NGO based out of Peru dedicated to protecting approximately 50,000 acres of the Madre de Dios region, and will further expand upon Age of Union’s initial 2021 investment of $625,000.

“In 2021 we initially pledged US$625,000, which included $250,000 to secure land and $375,000 in operational costs that focused solely on building out the ranger program.” says Dasilva. “Now, we’ve increased our total funds to $3.5M over a five-year pledge period, to help Junglekeepers to accelerate their mission to create a protected corridor along the Las Piedras river.”

As Dasilva further elaborated, the funds will be used to secure land concessions, expand the ranger programme, build partnerships with local Indigenous communities, regenerate damaged landscapes, rescue wildlife through the support of Amazon Shelter, and to establish sustainability programs, such as indigenous community-focused food programs.

You might also like: A Partnership to Protect the Dulan Forest of Indonesia: An Interview with Dax Dasilva

The Peruvian Capital of Biodiversity

Known as the “Peruvian capital of biodiversity”, the Madre De Dios region contains tens of millions of trees, numerous indigenous communities, and some of the world’s most rich and complex ecosystems. In fact, according to the Critical Ecosystem Partnership Fund, the locale contains approximately one-sixth of all plant life in the world. Rare flora and fauna, the likes of which are hardly seen anywhere else on Earth, are easily found along the Las Piedras River, including Shihuahuaco trees dating back as far as 1,000 years and growing as tall as 50 metres. Unfortunately, these ancient, majestic trees are a prized commodity for the timber industry, so much so that, according to Dasilva, they could go extinct within the next ten years, making their protection all the more important, and required. 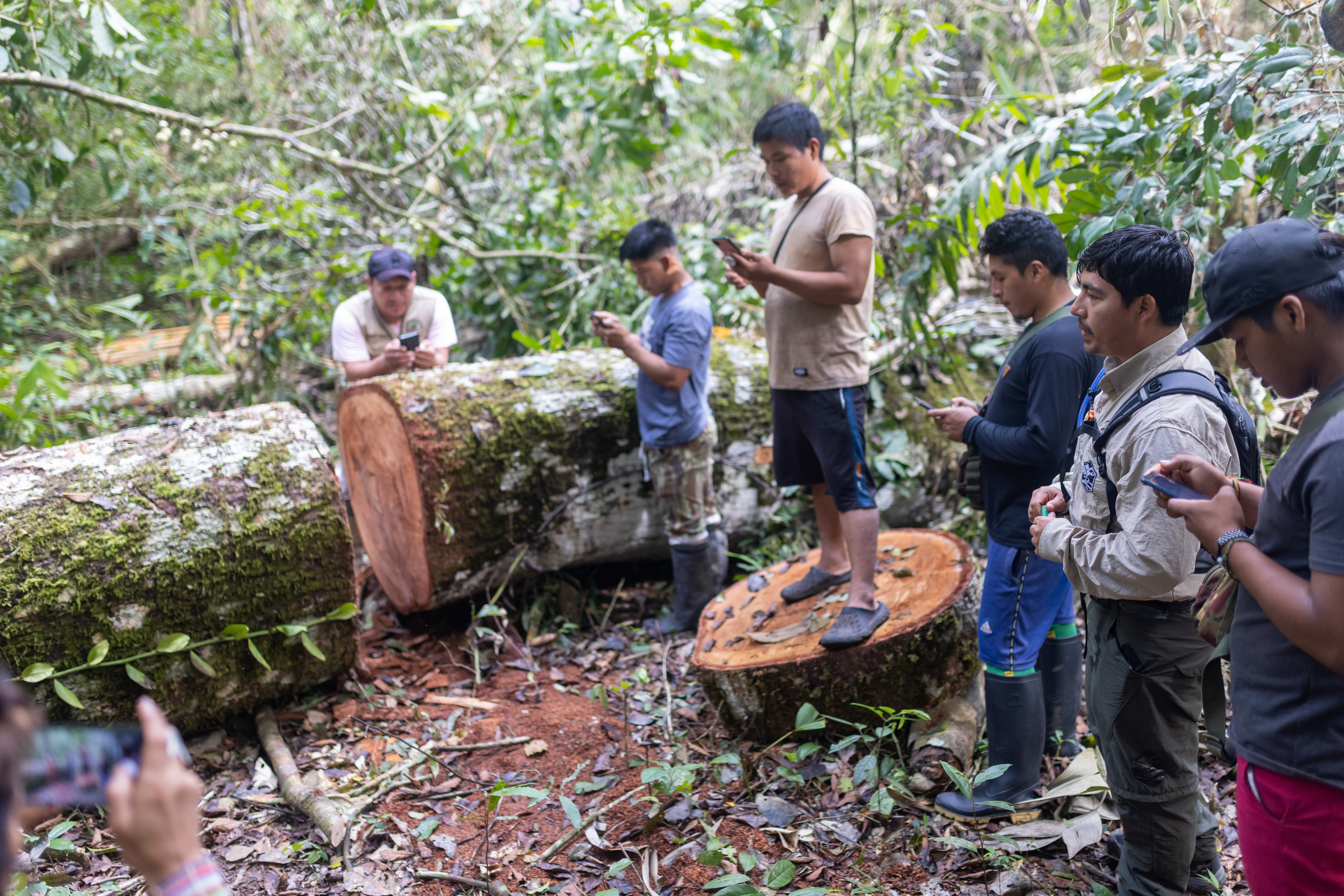 Over the past few decades, the region has become so exposed to illegal logging, poaching, and gold mining, it has caused unprecedented damages to not only the wildlife that call this locale home, but to some of the last isolated tribes on Earth. Thankfully, as Dasilva explains, Junglekeepers and Age of Union share the belief that the conservation work that they do in the madre De Dios region should take into account the indigenous communities that reside there. As such, they aim to establish deep, long-term ties with the local indigenous peoples, so that they can collaborate, exchange knowledge, and understand each other’s goals more clearly.

“Currently the team works closely with two main communities: those of Puerto Nuevo and Monte Salvado. The team regularly visits these communities every three months, staying with them for at least three days at a time to align their goals and share insights, through programs including: sustainable cooking programmes, wildlife monitoring technology knowledge sharing and the “mini-ranger program”, which teaches children about rainforest best practises and the challenges their home faces today.” says Dasilva.

In the future, the funds from Age of Union are intended to expand their programs to connect with all seven main indigenous communities, including programs that are centred on exploring alternative revenue streams to the logging, mining, and agricultural industries that occur in the area.

A Race Against Time

Unfortunately, these indigenous and natural communities are also in close proximity to the Interoceanic Highway, a passageway built in 2011 that connects the Peruvian ports of San Juan de Marcona to the Brazilian city of Rio Branco, its special export zone. This highway has only made things worse for the Madre De Dios region as it has enabled the mining, logging, and agricultural industries to further extract highly valuable resources from an already degraded and sensitive ecosystem.

“The most current urgency to conserve the region is due to the impacts of the Interoceanic Highway.” says Dasilva.

“As of 2022 the pressure from this road system continues to mount and Junglekeeper rangers and directors have observed heavy machinery, new roads, and an accelerated rate of deforestation that is alarming. This is a clear and present danger that makes our goal to protect the whole river a race against time that will play out over the next few years.”

Dylan Stoll has a BSc. in Biology and has been writing professionally for approximately four years, covering a wide range of scientific topics including health, biology, biochemistry, and environmental biology. With the ongoing climate crisis looming at our doors, Dylan has decided to direct most of his attention towards writing about climate change and sustainability topics, however he can also be found writing dystopian science-fiction novellas, or reading up on what’s fascinating and new in science.