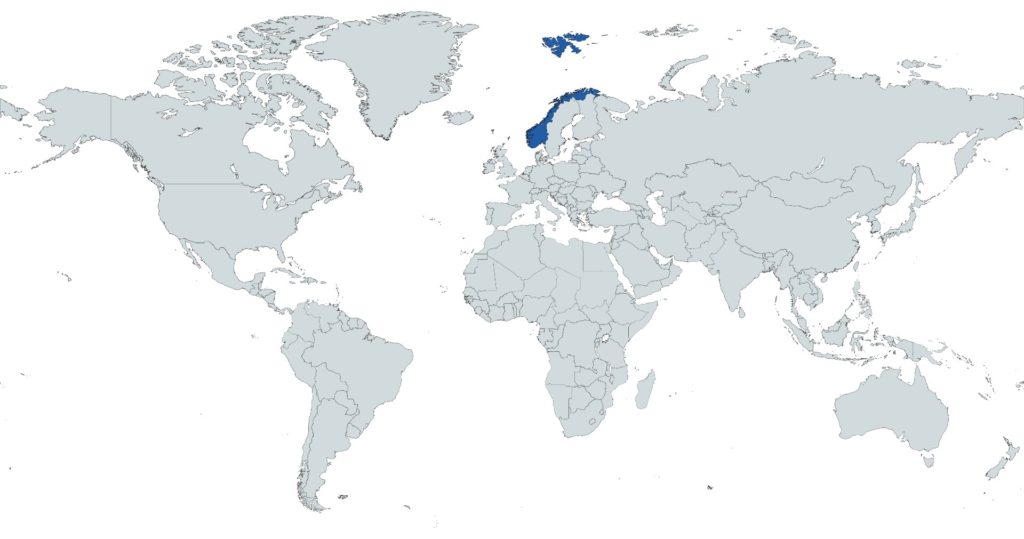 After publishing its NDC in February 2020, the Norwegian government updated its climate targets and demonstrated further ambition towards achieving net-zero CO2 emissions by 2050.

Norway’s NDC aims to cut carbon emission by at least 50% by 2030, a target which may rise to as high as 55%, contingent on the EU and Iceland meeting their own NDC targets, given that Norway intends to execute its NDC jointly with these two. These countries have a joint cooperation agreement to reduce emissions by at least 40% each by 2030. Domestically, Norway planned to implement carbon taxes and emission trading as their core climate policy in 2008. The officials also support the development of technologies that will bring the country closer to net-zero, including carbon capture and storage infrastructure. Fortum’s CCS project, for instance, aims to capture up to 400,000 tonnes of CO2 annually, bringing captured carbon to terminals and storing it deep underground in reservoirs below the Norwegian continental shelf.

Norway’s actions are based on its institutional arrangements with its neighbours. Firstly, Norway has been coordinating with the EU Emission Trading System (ETS) to regulate total emissions from its industrial and energy sectors and commercial aviation within the European Economic Area. Secondly, Norway also participates in the European Effort Sharing initiative that regulates emissions excluded by the ETS, including transportation, agriculture, buildings and waste management, industry and petroleum usage. Per this arrangement, Norway will reduce its non-ETS covered emissions by 40% in 2030 compared to 2005 levels. At this stage, this target can be readily achieved through domestic emission reductions with cross-ministerial cooperation and the use of flexible mechanisms within the EU framework.

Norway also shows its respect for public opinion with a democratic approach. The updated NDC, which includes the Environmental Information Act, encourages public participation in decision-making processes to combat climate change. This Act held several public hearings with all stakeholders, including all indigenous people, trade unions and the central government to achieve a just transition to minimise socio-economic side effects. Most citizens agreed that they have a social responsibility to slash greenhouse gas emissions, believing that “climate change is happening,” with most Norwegians finding the situation to be extremely serious.

The ND-GAIN Country Index by the University of Notre Dame summarises a country’s vulnerability to climate change and other global challenges in combination with its readiness to improve resilience. The more vulnerable a country is to climate change, the higher its vulnerability score, while the more ready a country is to improve its resilience, the higher its readiness score will be. Norway’s scores are:

Per the ND-GAIN Country Index, Norway is the least vulnerable country in the world to climate change. Norway is highly resilient to future temperature rise because of its high wealth and low geographic exposure to climate change impacts. As Norway possesses one of the highest GDPs per capita in the world, the country has abundant financial resources to meet its ambitious emissions reduction goals.

Norway has been collaborating with the European Union to regulate the total emissions from heavy industries and energy sectors through charging higher carbon taxes. A report published by the Green Tax Commission in 2015 once highlighted that green tax reform can “secure reduced greenhouse gas emissions, improved environmental conditions and sustainable economic growth.”. Although most Norwegians believe strongly in their moral responsibility to slash greenhouse gas emissions to safeguard low-income countries, there isn’t much public consensus on how to achieve this, as over half of Norwegians remain opposed to higher fuel costs.

Since polar regions and higher latitudes suffer from more dramatic temperature rises than the global average, Norway has suffered from multiple record-breaking heat waves in recent years. In July 2021, Nordic countries recorded near-record temperatures, with the highest being an abnormal 34°C. In particular, the city of Saltdal, which lies north of the Arctic circle, hit 34°C and nearly broke Norway’s all-time record. Heatwaves have led to a higher frequency of fatal heatstrokes as most buildings are unequipped and people are unaccustomed to such high temperatures. Heatwaves have also caused wildfires due to dry weather conditions, leading to some villages having to be evacuated during summers. In June 2021, more than 500 people evacuated on Sotra, a large island off the coast of central Norway, due to wildfires.

Climate change has also dealt a severe blow to Norway’s wildlife and biodiversity. In 2019, 200 reindeer were found dead by starvation due to extreme weather. Heatwaves have also incurred droughts in some of Norway’s regions. Jonas Olsson, a hydrologist at the Swedish Meteorological and Hydrological Institute, revealed that rainfall was only around 1/7 of the normal amount in the Nordic region and it is the lowest since record-keeping began in the late 19th century.

In the short term, melting ice and warmer weather could be an advantage for Norwegian farmers because of more arable land and longer growing seasons. As of October 2016, over 505 million kg of grain were harvested, far above the 423 million kg harvested in the same period last year. Although warmer temperatures may preclude some short-term benefits to the domestic agriculture sector, Norway will also suffer from expensive food imports in the long term as extreme weather challenges food production across the globe. In short, warmer temperatures are a double-edged sword to Norway because while the country itself is not highly vulnerable to climate change, it is highly reliant on imports from countries that are.

98% of electricity consumed in Norway comes from renewable energy sources, with hydropower contributing the most energy to supply domestic demand. Norway has 237 hydropower plants with a maximum capacity of 12,910MW. Norway’s abundant freshwater resources can safeguard the security of electric supply in the Norwegian and Nordic electricity systems in the midst of climate change. What’s more, the development of wind energy is flourishing in Norway because of its long coastline. Wind-power capacity was only 704 megawatts in 2012, and increased to nearly four thousand megawatts in 2020.

While Norway has made significant strides to transition towards renewables and reduce its domestic consumption of fossil fuels, the country is one of the world’s largest exporters. Norway is the world’s third largest exporter of natural gas, behind only Russia and Qatar, and the 10th largest oil exporter. Since the discovery of the North Sea Oil Fields in the 1960s, Norway has become a major international oil player, and the surplus of its fossil fuel revenues has been largely directed to the country’s Government Pension Fund. This sovereign wealth fund is the largest of its kind in the world, worth around USD$1.3 trillion, and allots around USD$280,000 per Norwegian citizen.

Lower international demand for fossil fuels have brought Norway to divest itself somewhat from its fossil fuel ties, selling off most of its investments in fossil fuel companies. However, Norway is currently planning to expand its fossil fuel industry over the next few years, and has promised more gas to its main buyers in the EU in the midst of the 2021 energy supply crisis. The country has also licensed extraction from more oil fields in the northern Barents Sea, and is taking advantage of less ice cover in the Arctic to explore oil extraction options there. Norway’s domestic policies to reduce transition towards renewable energy are admirable, but the country’s reliance on fossil fuel exports undermines the EU’s efforts to decarbonise.

In 2021, Norway officially published its National Transport Plan for the period 2022-2033 to demonstrate a roadmap towards achieving Norway’s 2030 climate targets to reduce transport-related emissions. During this period, the Norwegian government will offer NOK1,200 billion (USD$139.55 billion) to develop an efficient, eco-friendly and safe public transportation system. Additionally, the government has offered significant incentives for Norwegians to switch to electric private vehicles, including zero tax and no fees for tolls or parking. Norway has also raised taxes for petrol and diesel-powered cars to further increase incentives for the public to switch to EVs. A massive and mature hydro energy infrastructure can also provide cheaper electric power to support domestic EV’s power demand. Meanwhile, the government would like to spend nearly NOK400 billion (USD$46.52 billion) to upgrade its railway system in the upcoming decade so as to encourage citizens to travel across the country by train rather than private vehicles.

Oslo, the capital city of Norway, is being described as the electric vehicle capital of the world. Battery-powered cars and plug-in hybrids in Oslo accounted for more than half of the city’s vehicle fleet in 2017. More than 5 thousand charging stations are available in the capital city. Meanwhile, the government plans to prohibit the sale of internal combustion engine cars from 2025 in order to achieve environmental targets. What’s more, electric vehicles and charging stations are the centre of “Green city planning” because Oslo has been promoting zero-emission cars, removing taxation, offering free parking and easy access to charging points. In particular, the government encourages public-private partnerships to utilise all resources, talented professionals to achieve their vision.

Norway is the first country to ban deforestation as they have already committed to ban all products that contribute to deforestation. Back in 2016, the Norwegian government declared the government’s public procurement policy will become deforestation-free so there will be no business contract with private sectors which participate in deforestation across the globe.

The Norwegian government updated its Animal Welfare Act in 2009. The goal of this Act is to promote and respect animal welfare. Mammals, birds, reptiles, amphibians, fish, decapods, squid, octopi and honey bees are all included within this Act. This Act ensures that all animals be treated equally regardless of their physical strength and advantage to human society. This Act can be applied in Norwegian land territory, waters, economic zones and aboard Norwegian ships and aircraft.

The Act also emphasises a “Duty to Help” and a “Duty to Alert.”  People should inform the police when they have discovered a sick, injured or helpless animal. They are also supposed to call the police or the Food Safety Authority if an animal is exposed to mistreatment or serious neglect from supervision, environment and proper care. This Act also demands animal owners to provide medical and surgical treatment to their domestic animals. Necessary anaesthetic and pain relief shall be used in case of surgery.

Although Norway produced 776kg of waste while the average of the 27 European Union countries was 502 kg in 2019, Norway has an impressive and comprehensive waste management system. The country used to allocate all waste to landfills two to three decades ago, yet only 17% of waste was landfilled in 2019. It is because Norway was able to recover at least 70% of ordinary waste and recycle around 41% of waste materials from 1995 to 2011.

Norway has several waste-to-energy incinerator plants to deal with waste pollution. As the Norwegian government banned the use of landfills in 2009, the country has been investing billions of dollars in modern waste-to-energy incineration plants to burn waste and convert it into heat energy for 60,000 private houses and businesses. These plants have even to import 45,000 tonnes of waste from the United Kingdom to maintain normal operation and satisfy energy supply. This has become an emerging energy business sector in Norway. Yet, the incinerator plant has come under fire because some environmental NGOs argued that burning rubbish may discourage recycling as 80% of waste could be recyclable. 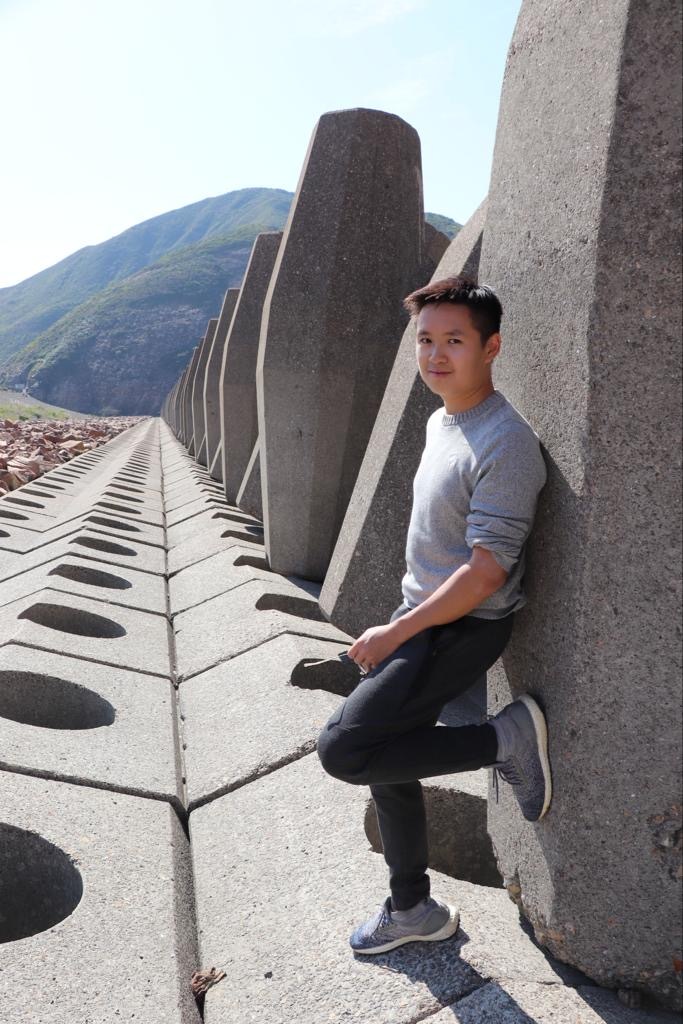 Marvin Lee is currently a postgraduate student at the University of Manchester, pursuing International Political Economy. He is passionate about history and international relations, and a co-founder of oneminute_history on Instagram. Enthusiastic about nature, travel and words, he desires to inspire people to protect our environment.