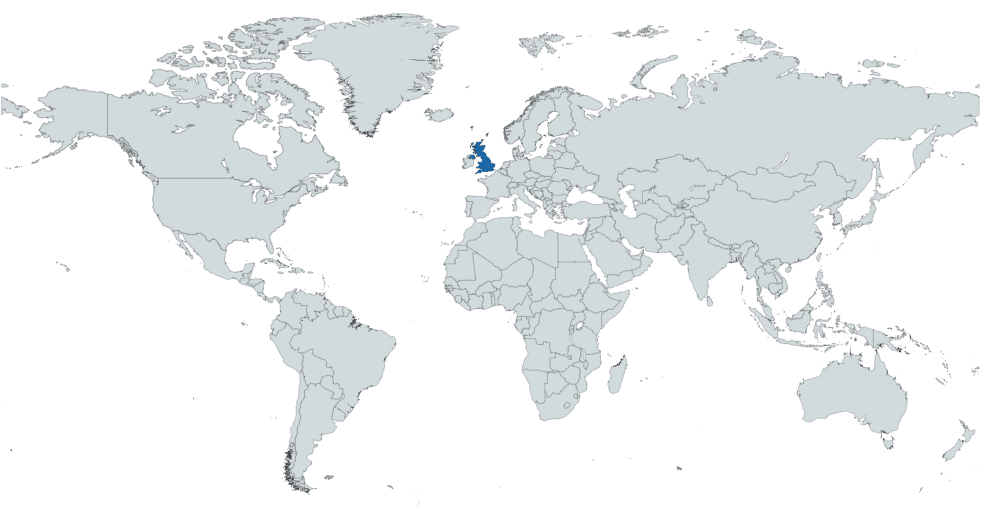 In April 2021, the UK announced an updated NDC that ranked among the most ambitious of the developed world. The UK’s new NDC sets it apart from other similarly advanced economies in that it provides a clear pathway to reach carbon neutrality by 2050. Most other NDCs will need to be improved upon within the next decade in order for countries to meet their mid-century net-zero targets. The UK’s new NDC, once enshrined into law in June 2021, will be the first target announced by an advanced economy that is compatible with a mid-century carbon neutrality goal.

The UK has reason to be optimistic. In recent years, the country has been able to aggressively scale back its use of fossil fuels, especially coal. Meanwhile, it has expanded its renewable energy capacity accordingly. Electricity output from renewable sources began to outpace fossil fuels in 2019, while current policy projections suggest a further scaling up of renewable energy to approximately 52% of generation by 2030. While the renewable energy market is growing across the board, offshore wind is becoming a particularly exciting and promising energy source for the UK’s future. The country has implemented policy and invested substantial sums in modernising its infrastructure and electrifying its transportation sector. The UK has also announced plans to ban fossil fuel-powered vehicles before 2035, and another ban on the installation of gas boilers in new homes from 2025.

While the outlook for the UK is mostly positive, especially when compared to the efforts of its peers, the country has yet to implement sufficient actionable policy and measures to match its mid-century carbon neutrality goal. Its updated NDC provides a clear pathway to this target, but still lacks clear roadmaps in several distinct sectors, notably agriculture. The UK’s newfound independence from the EU frees it to pursue its own climate policies and positions, but also place higher responsibilities and expectations than what is afforded to EU member states.

The ND-GAIN Country Index by the University of Notre Dame summarises a country’s vulnerability to climate change and other global challenges in combination with its readiness to improve resilience. The more vulnerable a country is, the lower their vulnerability score, while the more ready a country is to improve its resilience, the higher its readiness score will be, on a scale between 0 and 1. The United Kingdom’s scores are:

As a relatively small island nation, the United Kingdom faces fewer overall climate risks than larger countries with more diverse geographies and biological biomes. However, the severity of potential climate change impacts still leaves the UK vulnerable to serious damages. Per the UK’s 2017 Climate Risk Assessment Report, the main climate risks in the country will concern flooding and coastal change, the impact of higher temperatures on human health, water shortages, impacts on the global food system and the risk for future emergence of pests and virulent diseases.

Heavier rainfall is expected to be the main cause of flooding in the UK as a result of climate change. More precipitation combined with sea level rise and accompanying storm surges will proliferate extensive damages to the UK’s coastal areas, with less intensive flooding occurring inland. Since the UK has a relatively low elevation, both along its coastline as well as further towards its interior, the country’s vulnerabilities to sea level rise and flooding are more pronounced. Given the UK’s prosperity, small area and low population relative to the country’s wealth, it can be considered relatively well-prepared for the physical impacts of climate change. While flooding and coastal damage will temporarily disrupt economic activity and transportation, the UK has the ability to invest in coastal defences and fast infrastructural repairs.

More pressing concern will presumably emerge from climate change’s impacts overseas. The UK largely relies on food supply chains and other resources imported from abroad, where the impacts of high temperatures, droughts and crop failure will be more pronounced. While the UK will also experience some instances of water shortages and severely high temperatures, it will be nowhere near as intense as in countries where the UK sources most of its basic resources. This could lead to food price spikes and severe economic disruption nationwide.

The UK has very recently vastly improved its energy policies to set the country on an ambitious yet achievable course to achieving net-zero emissions by 2050, one of the only advanced economies with a clear policy roadmap to doing so. Around 80% of the UK’s energy is currently generated by renewable sources, primarily wind, solar and, to a lesser extent, nuclear. Fossil fuels have been actively phased out in recent years, with the UK’s coal industry having been the primary target. Coal’s share in the energy mix has dwindled to as low as 0% in recent years, never rising above 2%, and the government plans to retire all coal-powered plants in the country by 2025 at the latest. The UK is now beginning to target eliminating natural gas, which still accounts for around 10% of the national energy share.

The government plans to accomplish this through a combination of maintaining small investments in nuclear energy, which in 2021 stood at around 16% of the energy share, while massively ramping up the national capacity for wind and solar, with a particular emphasis on the former. The UK aims to increase offshore wind capacity from 30GW to 40GW by 2030, an increase that would enable all homes to be electrified in the next ten years. This project will require a substantial investment of around £160 million, but will also create thousands of jobs and is essential to achieving net-zero emissions by 2050.

Partly as a result of the UK’s policies and investments towards decarbonising its energy sector over the past decade, transportation has recently eclipsed energy as the country’s highest emitting sector.

The UK government has implemented target dates to phase out sales of new petrol and diesel vehicles by 2030, all hybrid cars and vans by 2035, and all non-zero emission road vehicles by 2040 at the latest. It also aims to rapidly expand consumer accessibility to electric vehicles and create a ubiquitous network of charging stations. Personal cars and taxis account for over half of all emissions linked to the transportation sector, so bringing affordable electric personal vehicles to market is essential. Various government programs are intended to facilitate widespread adoption of electric vehicles. While the total number of electric vehicles on the road remain low proportional to the total number of cars, especially where pure battery electric vehicles are concerned, trends are positive for the EV industry. Per the monitoring agency and charity Royal Automobile Club Foundation, around 280 000 new electric vehicles or hybrids were registered in 2020, as opposed to around 210 000 petrol-based vehicles.

The recently released Transport Decarbonisation Plan includes proposals to improve public transport networks, encourage walkability and cyclability in cities, integrate carbon reduction solutions with transportation infrastructure and achieve net-zero emissions from both the railway and aviation industries by 2050. This plan is the first of its kind in the world, with highly ambitious goals, although a notable caveat is that its proposals will at least in part rely on technologies that are not currently available.

The UK has enacted several pieces of legislation to ensure animal welfare, including bans on fur farming and mandatory monitoring of slaughterhouses and other facilities used to house animals for commercial purposes. The UK has also outlawed most forms of illicit or unregulated wildlife trade, including a 2018 near-total ban on dealing in items containing elephant ivory within the UK as well as export from or import to the country. While some areas of improvement remain, including a lack of transparency surrounding animal treatment for research purposes, the UK has decidedly performed better than counterpart governments in the EU in pushing through animal welfare legislation.

The transportation sector is the main generator of air pollutants in the UK, with emissions from power generation, industry and farming being the main cause of air pollution in rural areas. To counter the adverse effects of air pollution on public health, the UK hopes that its efforts to phase out internal combustion engine car sales by 2035 will significantly reduce air pollution in the country. Per the recently released Transport Decarbonisation Plan, the UK also plans on achieving net-zero emissions from its railway and aviation industries by 2050, although it should be noted that these targets rely at least in part on the emergence of future technologies and sustainable fuels. Should the government be successful in achieving these goals, it will significantly reduce the health impacts of air pollution on British citizens, which currently causes around 40 000 premature deaths a year, per the Royal College of Physicians.