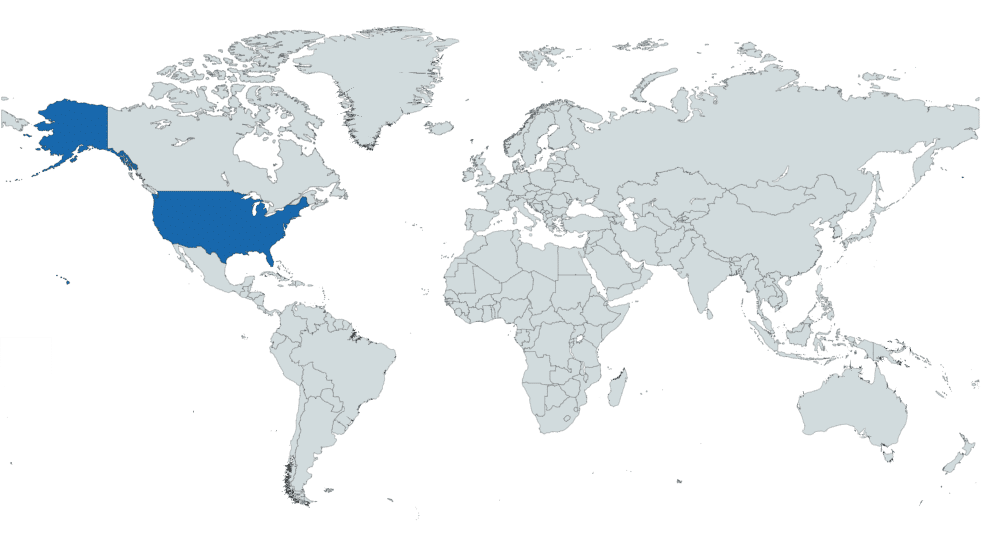 This is Earth.Org’s profile of the climate change vulnerabilities, updated emissions pledges and environmental policies by sector of the United States of America

The US is the largest historical emitter of greenhouse gases and the second-largest current emitter. It is therefore imperative that the US play an active role in implementing strong environmental policies and reduce its impacts on global temperature rise and environmental degradation.

The Biden administration has changed the course of US environmental policy after Donald Trump presided over a period of continuous climate policy rollbacks. The US is currently negotiating the passing of a USD$2.3 trillion economic recovery plan from the COVID-19 pandemic focused on modernising the country’s infrastructure, increasing investments into clean energy and creating millions of new green jobs. The US is attempting to reclaim its position as a global climate action leader, and Biden is initiating these attempts by investing in the country’s capacity for innovation and clean energy, setting higher domestic targets and rallying its allies into doing the same.

While the US under Biden has announced high targets, it remains unclear how the country plans on reaching net-zero emissions by 2050, a feat which will take substantial investments and legislative support. Political polarisation in the US and partisan divides on approaches to tackle climate change make it unclear if current targets and pledges will survive across administrations if they are not enshrined into irreversible law.

The ND-GAIN Country Index by the University of Notre Dame summarises a country’s vulnerability to climate change and other global challenges in combination with its readiness to improve resilience. The more vulnerable a country is, the lower their vulnerability score, while the more ready a country is to improve its resilience, the higher its readiness score will be, on a scale between 0 and 1. The United States’ scores are:

As a geographically large and diverse country, the US has several physical vulnerabilities to the worsening impacts of climate change, but also possesses high readiness and resilience given its economic wealth. Per the World Bank, the main climate vulnerabilities of the US are related to extreme storms, floods and wildfires, with extreme temperatures and droughts also posing serious challenges. However, the US’s large size, varied geography and unevenly distributed population makes different parts of the country vulnerable to different forms of climate change impacts.

The US possesses 91 676 km² of rural land where elevation is below 5 metres, the country with the third highest amount of land with this designation. These areas are particularly vulnerable to sea-level rise, although the most vulnerable areas are concentrated around the country’s Southeast, where land is mostly low-lying and highly susceptible to flooding. Extreme storms also tend to affect this area more, given the severity of the Atlantic hurricane season in the region which will exacerbate storm surges causing further flooding.

Wildfire seasons are already increasing in frequency, intensity and duration; they are also concentrated in certain specific areas, although have been increasing in range in recent seasons. The American West Coast is most vulnerable to these impacts, but wildfires have been progressively spreading further east. Wildfires are particularly dangerous in the southwestern coastal areas of the US, which is home to a very dry climate and some of the most highly populated pockets of the country. As temperatures rise in the coming decades, rainfall will foreseeably decrease, the climate will become drier and the large human population will further deplete already scarce water resources, increasing the risk of and vulnerability to fires.

In other regions of the US, heat waves, droughts, erratic precipitation, floods and insect outbreaks will intensify as a direct result of climate change. These impacts will have a direct effect on declining water supplies, loss of agricultural yields, damage to infrastructure, rampant property damage, worsening health impacts in hotter cities and uncontrolled flooding and erosion of coastal areas with large populations.

The US remains one of the most highly mobile countries in the world, where energy consumption for transportation is consistently high. The US has historically lacked sufficient investments into mass intra-city public transportation infrastructure, and the rate of vehicle ownership per capita remains among the highest in the world. The electric vehicle market in the US is growing, but remains marginal with EVs accounting for 2.3% of total vehicle sales.

The current presidential administration has tentatively explored the idea of implementing policy that would be in line with a global 30 by 30 biodiversity conservation plan. This plan would see 30% of the world’s land and 30% of the world’s oceans rehabilitated and protected by 2030. However, while Biden has issued an executive order committing to this goal, the bulk of his administration’s environmental policy thus far has focused on climate change mitigation and preparedness.

The US has passed some legislation that addresses the treatment of wildlife and the basic rights of non-human species. These include the Animal Welfare Act of 1966 which provides a framework for the humane treatment of certain animals in specific circumstances, and the more recent Preventing Animal Cruelty and Torture Act of 2019 which made it a federal crime to intentionally harm animals. But there remain many animals, including birds, rats, mice and horses used for research, that only possess minimal protections. Legislation also tends to intentionally leave out protecting animals commonly used for agricultural or aquaculture purposes, notably poultry and certain species of fish.

While the US has been able to largely keep its air pollution levels in check despite continuous economic growth, the country has not been as successful in mitigating its waste generation. Since enacting the Clean Air Act in 1963, the US has been able to comprehensively regulate air quality, even in densely populated urban environments. However, ongoing burning of fossil fuels were responsible for an estimated 230,000 premature U.S. deaths in 2018 alone, per the 2020 World Air Quality Report, and the country has historically placed minorities and low-income groups at a higher risk of contracting diseases and dying from causes linked to air pollution.