Torrential rain often causes flooding and landslides in Japan, leaving destruction, death and injury behind. Officials had the world’s largest water drainage facility built under Tokyo to counter it but sea level rise could render it futile.

The Tokyo Metropolis is home to nearly 14 million people, and the Greater Tokyo area to more than 37 million. It sits on a floodplain surrounded by five large rivers that regularly overflow. Moreover, rapid urban expansion combined with excessive groundwater extraction are causing the land to subside. These factors magnify floods from frequent typhoons and have forced city planners to create innovative and ambitious flood control systems, such as the Metropolitan Area Outer Underground Discharge Channel (commonly called G-cans). 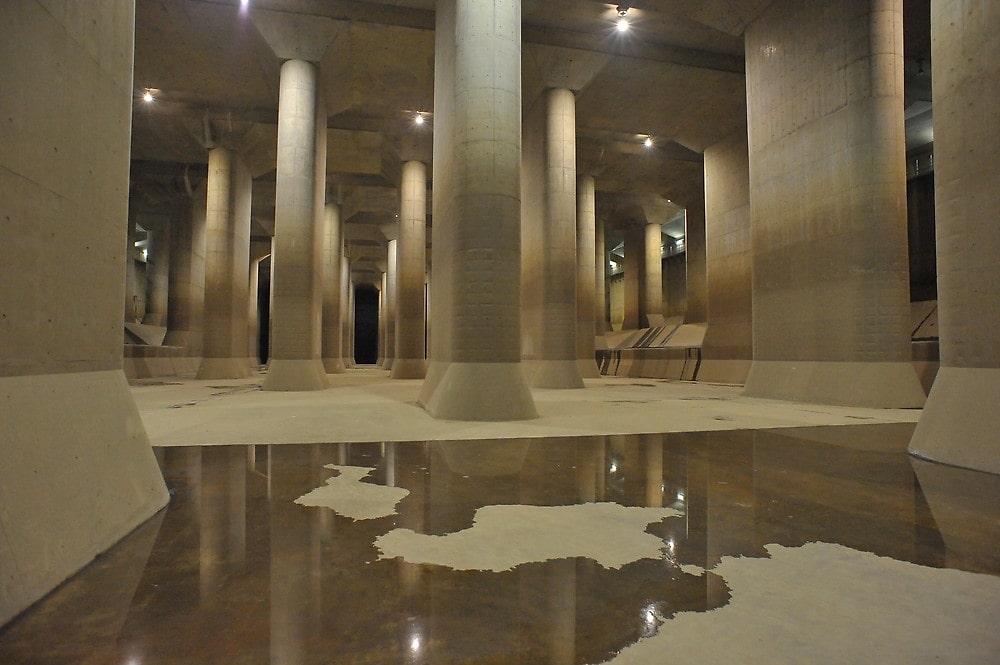 The complex was finished in 2006 after 14 years of construction, and cost around USD $2 billion. It consists of 5 huge silos under each of the five rivers Tokyo is built around, with a tunnel system allowing water to flow unidirectionally toward a giant pump at the endpoint. The structure measures 6.3km from end to end, and the pump can force 200 tons of water out into the Edo River per second.

Despite the scale of the installation, its upper limits have already been tested. In 2015, a typhoon filled the G-cans enough for the pump to take 4 full days to empty them. This is not to say that the Discharge Channel is not performing well, but it may not be sufficient to protect Tokyo against heavier downpour and sea level rise that the latest assessments expect.

In fact, sea level rise is projected to hit Japan particularly hard. Local water rise of 2 metres would put nearly 200 km² under water. Even if this is somehow mitigated, the additional pressure of a strong typhoon would surely overwhelm anything but the best flood control system imaginable by man. Despite their accomplishments so far, the Japanese cannot rest easy yet. Earth.Org has modelled what flooding on top of extreme sea level rise could look like in Tokyo by 2100 to illustrate the predicament. 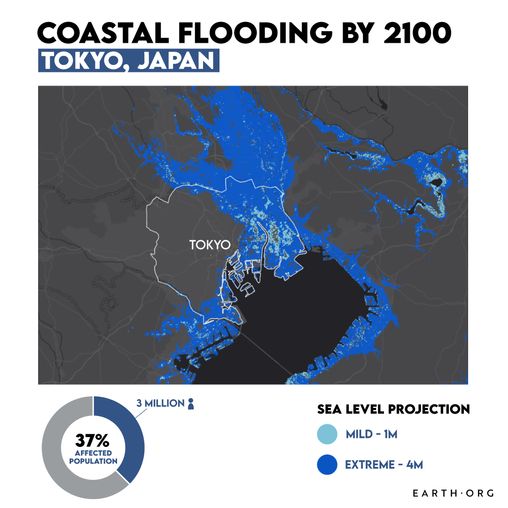