Agrophotovoltaics: The Benefits of Solar Agriculture

$7 million out of $130 million funding from the US Department of Energy on further research and development of solar power technologies has been focused on solar agriculture. Outside the US, the technology is gaining momentum in countries of different development levels such as Japan and India. What are the factors attracting farmers and the governments to this technology?

Global energy sources are getting greener by the day, however, yet there are still costs, especially in terms of land use. It has been estimated that the US alone could lose 2 million acres of land to solar panels by 2030. How can we soften the blow?

Solar agriculture, also known as “Agrophotovoltaics (APV)” or “dual-use farming” could be the solution. It refers to the farming process where crops are grown underneath arrays of elevated solar panels. According to a study by Fraunhofer Institute, top 2 research institute in Europe in 2019, APV increases farming productivity by 160%.

These impressive numbers are driving countries to experiment with different types of APV strategies. 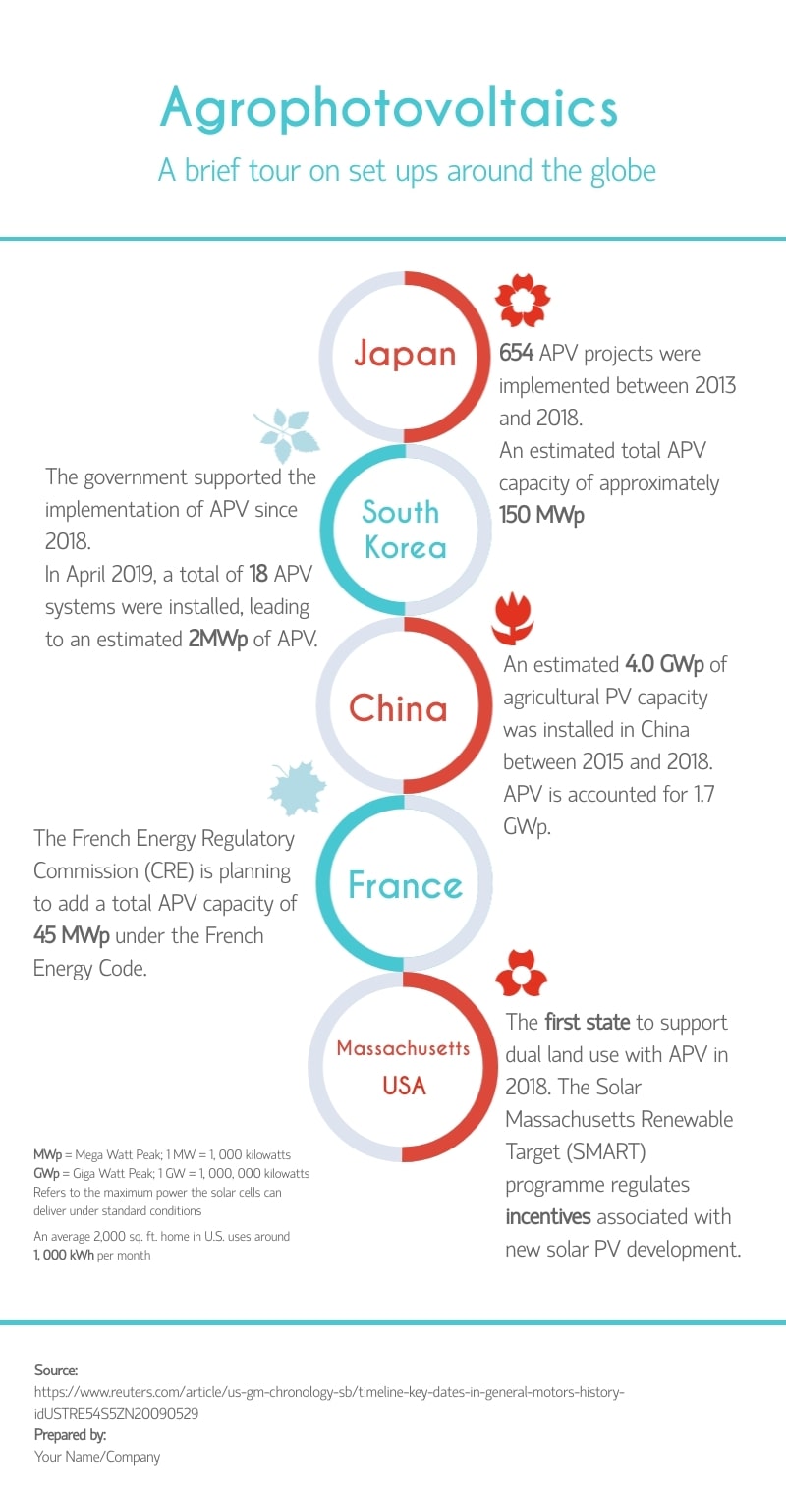 Solar Agriculture has the following advantages.

Financial support from governments remains the most influential factor at this point in time. According to a study in 2020, levelized cost of electricity (LCOE) of APV (€0.0828 kWh−1) is 38% higher when compared to ground-mounted PV. Officials are taking stock of the evidence, and we can expect investors to follow suit.