Fossil fuel combustion is the main driver of both climate change and air pollution. The latter has been of major concern for a few decades now, as its toxic impact on human health and the environment became more obvious. In this article, we review its sources, effects and mitigation strategies.

Since the Industrial Revolution, ever-accelerating innovation has unleashed vast amounts of pollutants into the environment. The human population has exploded, going from 1 to 8 billion in 200 years, and half of it doesn’t have access to clean basic technologies (like stoves or lamps).

Many of us living in big cities know that the air we breathe is polluted, but we’ve come to accept it as part of life. Indeed, the latest statistics show that 9 out of 10 people now breathe polluted air.

Many apps and websites allow individuals to monitor the air quality index (AQI) of the area they live in, and the results are surprisingly bad in big agglomerations. This pollution comes in six major forms: particulate matter, ground-level ozone, carbon monoxide, sulfur dioxides, nitrogen oxides and lead. Depending on the length of exposure and concentrations, these can lead to respiratory and cardiovascular disease, neurological damage, skin problems, and chronic diseases like cancer. According to OurWorldInData.Org, air pollution contributed to 9% of all deaths in 2017. 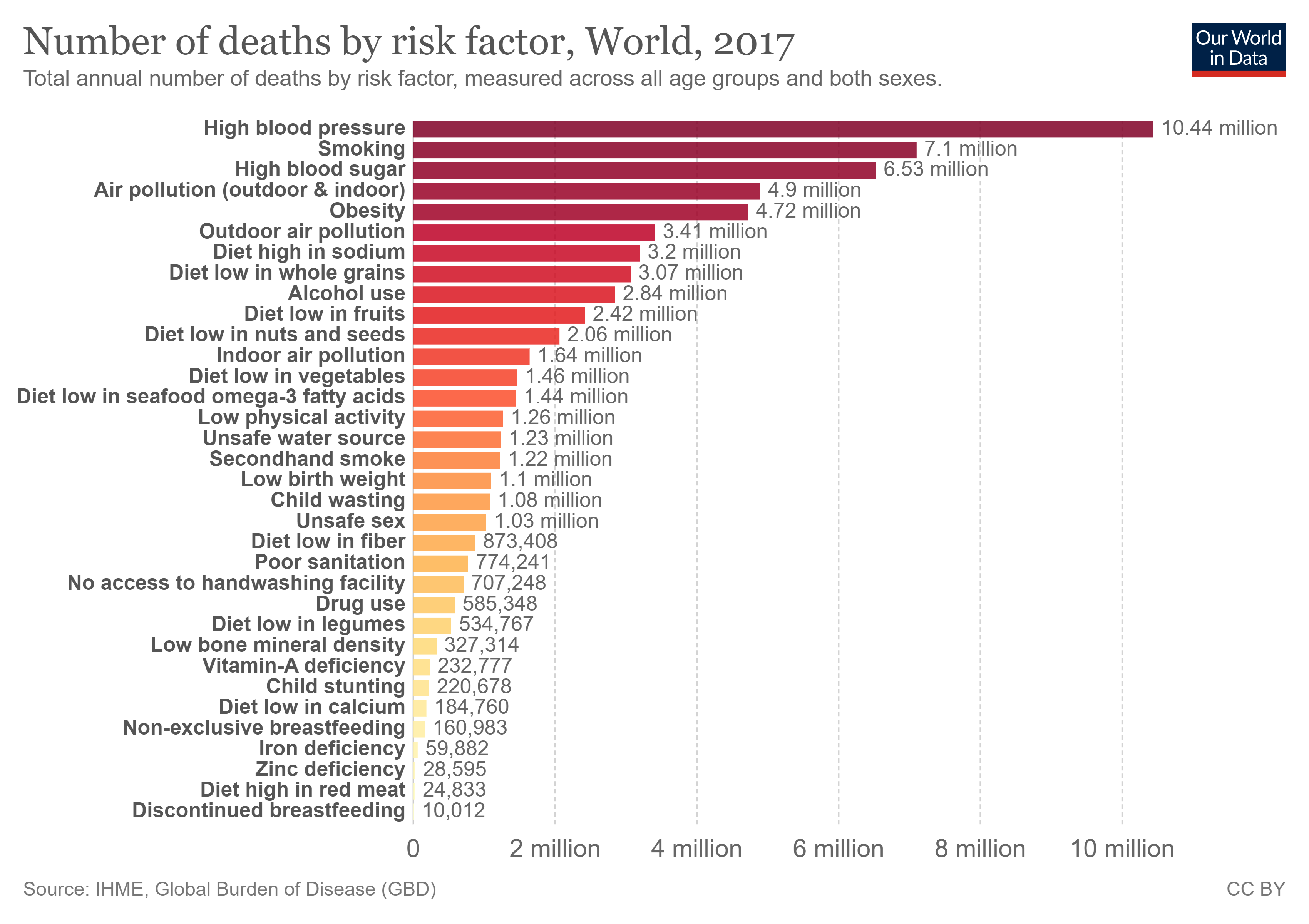 According to Dr Maria Neira, WHO Director of Public Health: “The true cost of climate change is felt in our hospitals and in our lungs. The health burden of polluting energy sources is now so high, that moving to cleaner and more sustainable choices […] effectively pays for itself”. 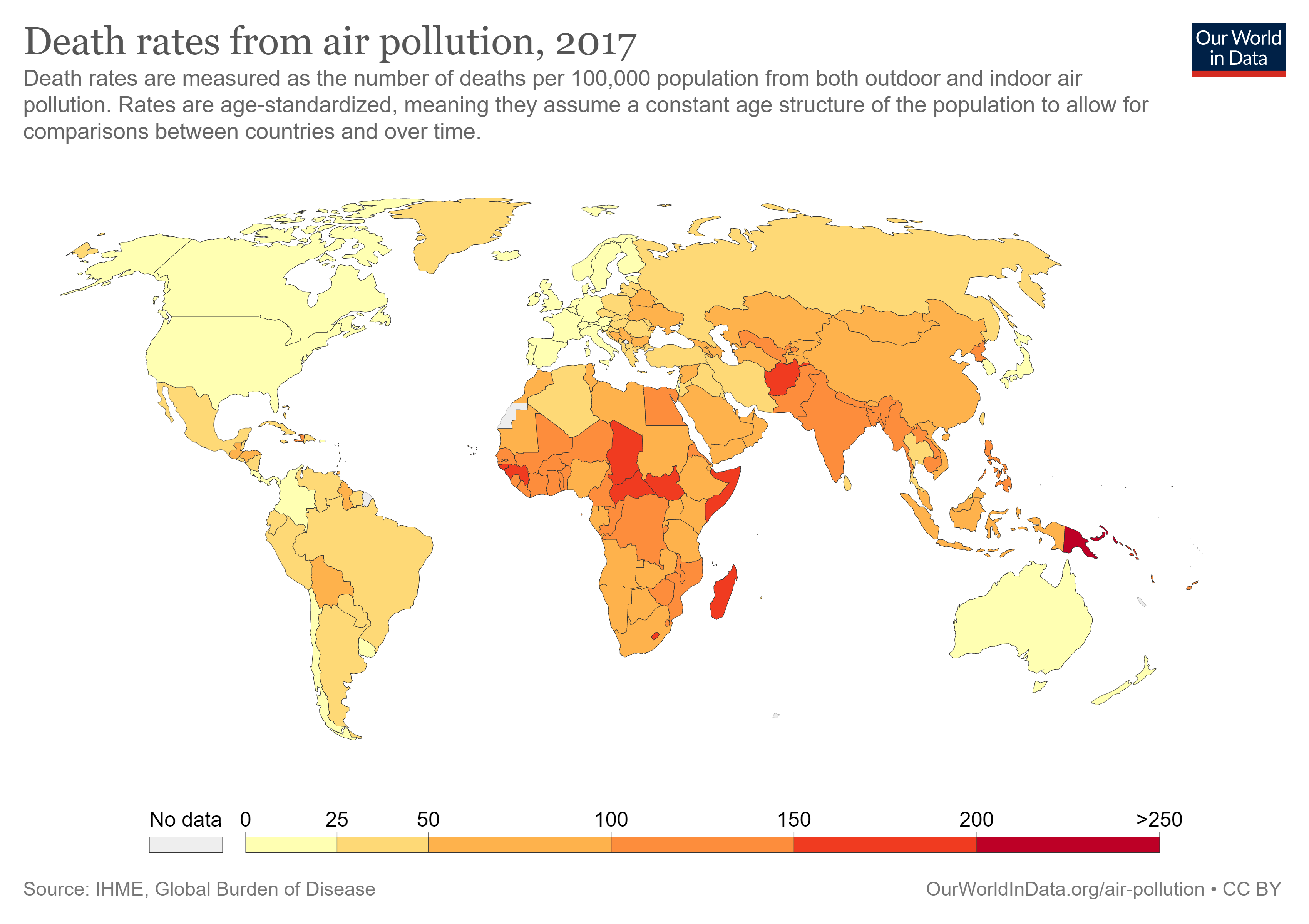 Monitoring air pollution sources can be quite challenging, but the science is catching up. The WHO’s Global Platform on Air Quality and Health is gathering the data from nearly 50 international and regional agencies and research institutions to help draft data-driven policies. The solutions range over cleaner cities, industry, waste management power generation, housing and agriculture.

Fossil fuel combustion is the main driver of both climate change and air pollution. According to the WHO, meeting the Paris Agreement goals could prevent a million air pollution-related deaths a year by 2050.