Almost a Quarter of all Freshwater Fish Endangered by Humans

According to a recently published study in the journal science, almost a quarter of all freshwater fish species are endangered by human activity. Our lack of ability to properly value the natural world around us leads to the destruction of resources whose importance we will notice once they are gone.

Humans footprint on the planet is growing day by day, and extensive work has been done to quantify the impact. Fresh waters, including large rivers, have remained poorly understood, though they are a crucial resource for some of the most diverse ecosystems and the millions of humans that rely on them.

We now know that half of all rivers have been heavily affected by human activity, with only the largest tropical river basins still lying untouched. Fragmentation, like setting up dams, and non-native species introduction have reduced the general biodiversity of rivers.

A new study published in the journal Science on February 19th, 2021 reports that 23% of the 18,000 known freshwater fish species, accounting together for a quarter of all vertebrate species, are threatened with extinction. 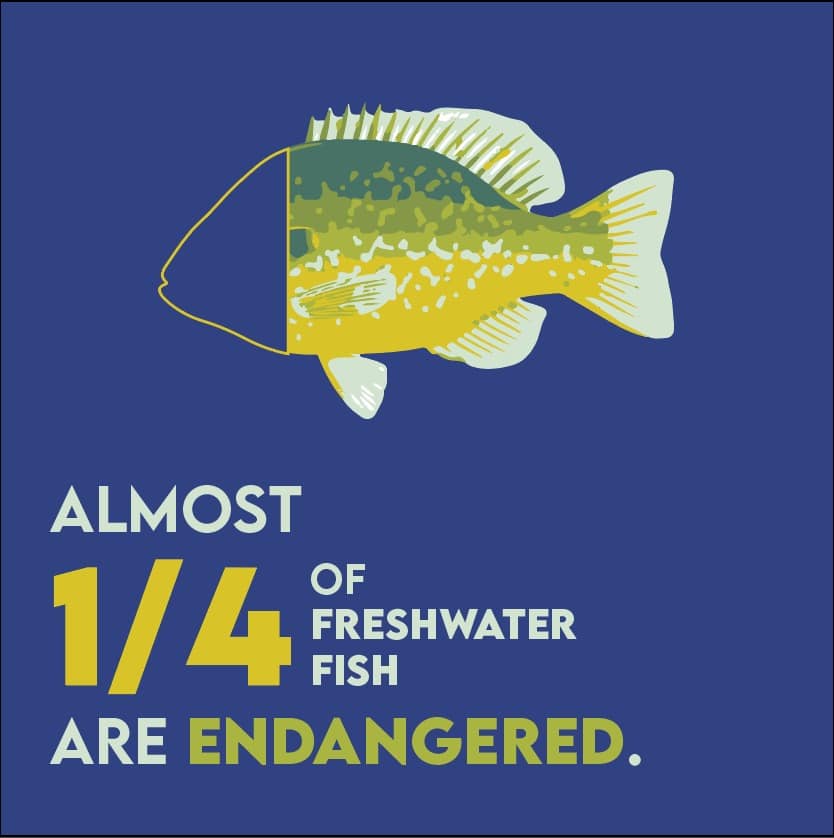 The authors classified fish based on 6 criteria to calculate a new biodiversity index whose change over time allowed them to express human’s impact in nearly 2,500 river basins. Of these, over 86% were affected, 50% with significant change, putting the extent of the freshwater biodiversity crisis on full display.

We cannot underestimate the possibility of such changes to spread beyond the riverbed and affect ecosystems and  human health in unforeseeable ways. There is still time to avoid doing irreparable damage but this will only come with a correct valuation of our natural resources.