Climate change is gradually becoming more evident, and one might naturally think that more natural disasters would arise from this, along with the tolls they incur. Earth.Org seeks to find out the relationship between climate change and the world’s resilience to the cost of natural disaster – both human and economic.

The increase in global temperature exacerbates climate hazards and amplifies the risk of natural disasters. Oxfam revealed that the rate of sea level rise in the world between 2006 and 2016 was 2.5 times faster than it was for nearly all of the 20th century. Over 20 million people were forced from their homes every year by climate change.

Nevertheless, research found out that the average number of natural disasters has only increased slightly every year, with a steady annual number of 300 to 400. 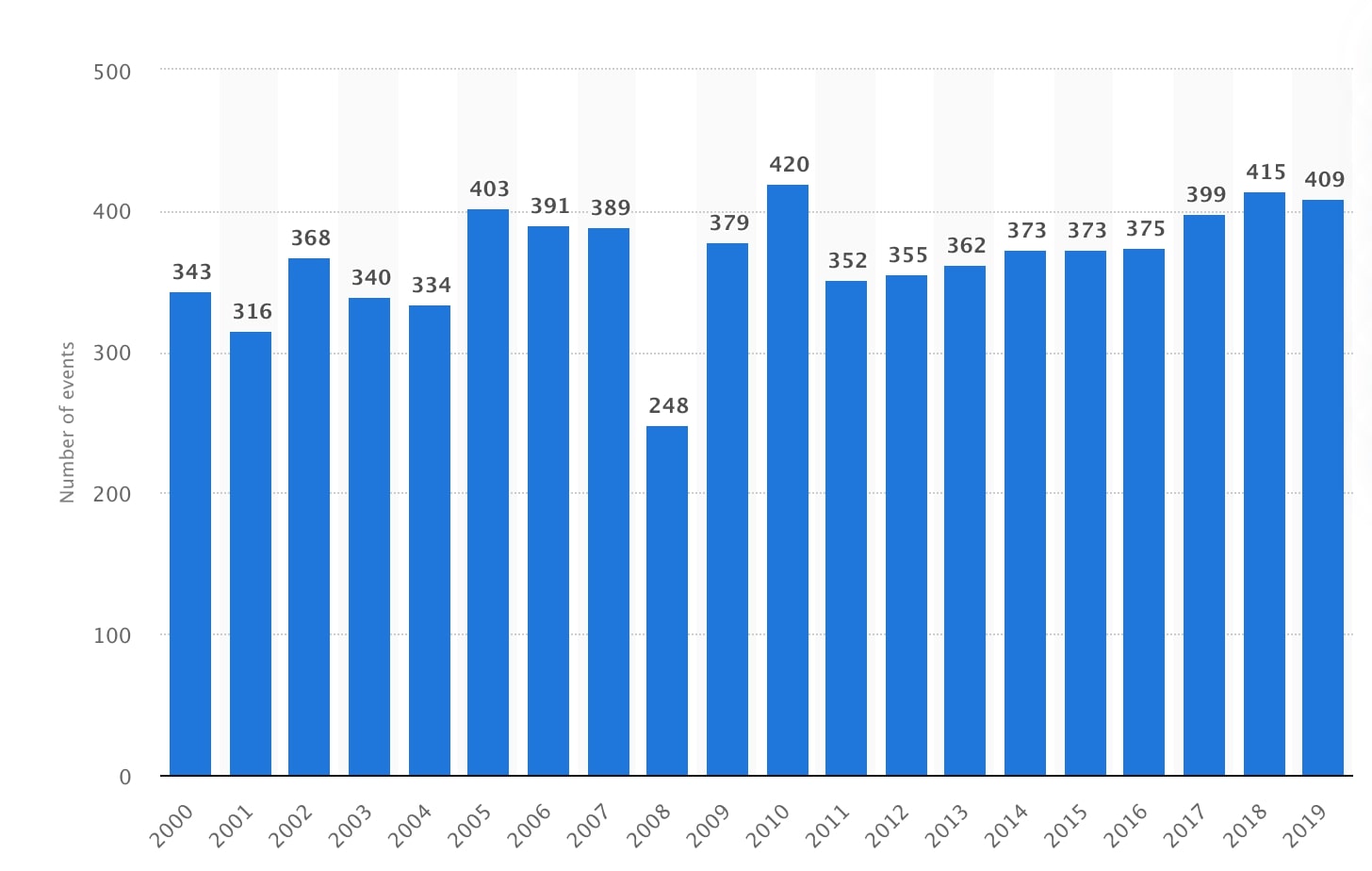 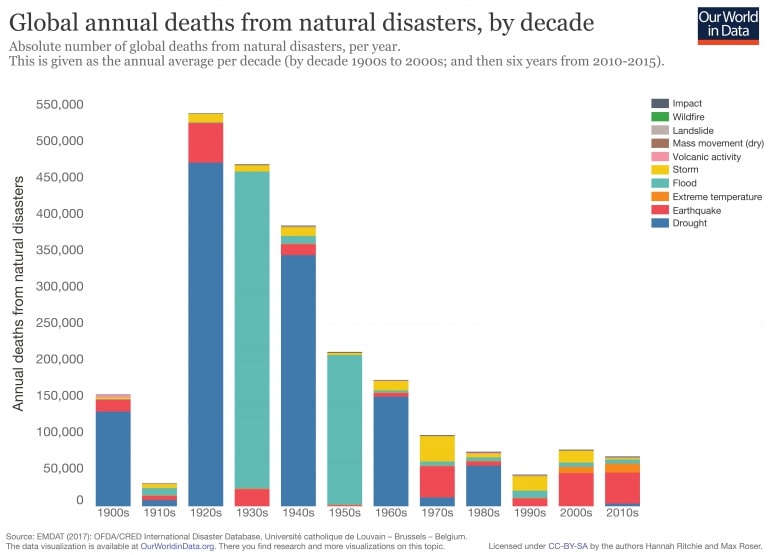 This interesting negative relationship between the number of natural disasters and the number of deaths can be explained by the levels of economic development, rather than the exposure to hazards. Greater wealth could allow the governments to improve the maintenance of infrastructure, and reduce disaster damage and prevent people from deaths.

Take Bangladesh as an example. Although the country remains poor, their annual GDP has been steadily increasing every year. This has allowed their government to finance the US$1.7 million Multipurpose Disaster Shelter Project, with help from the World Bank. The Project aims to help 17 million people in 20 districts, including 9 districts of coastal belt and districts that are susceptible to disasters.

At a glance, the economic costs seem to be on the rise. Between 1980 and 2019, the decadal average damage costs rose from around US$50 billion to over US$100 billion. 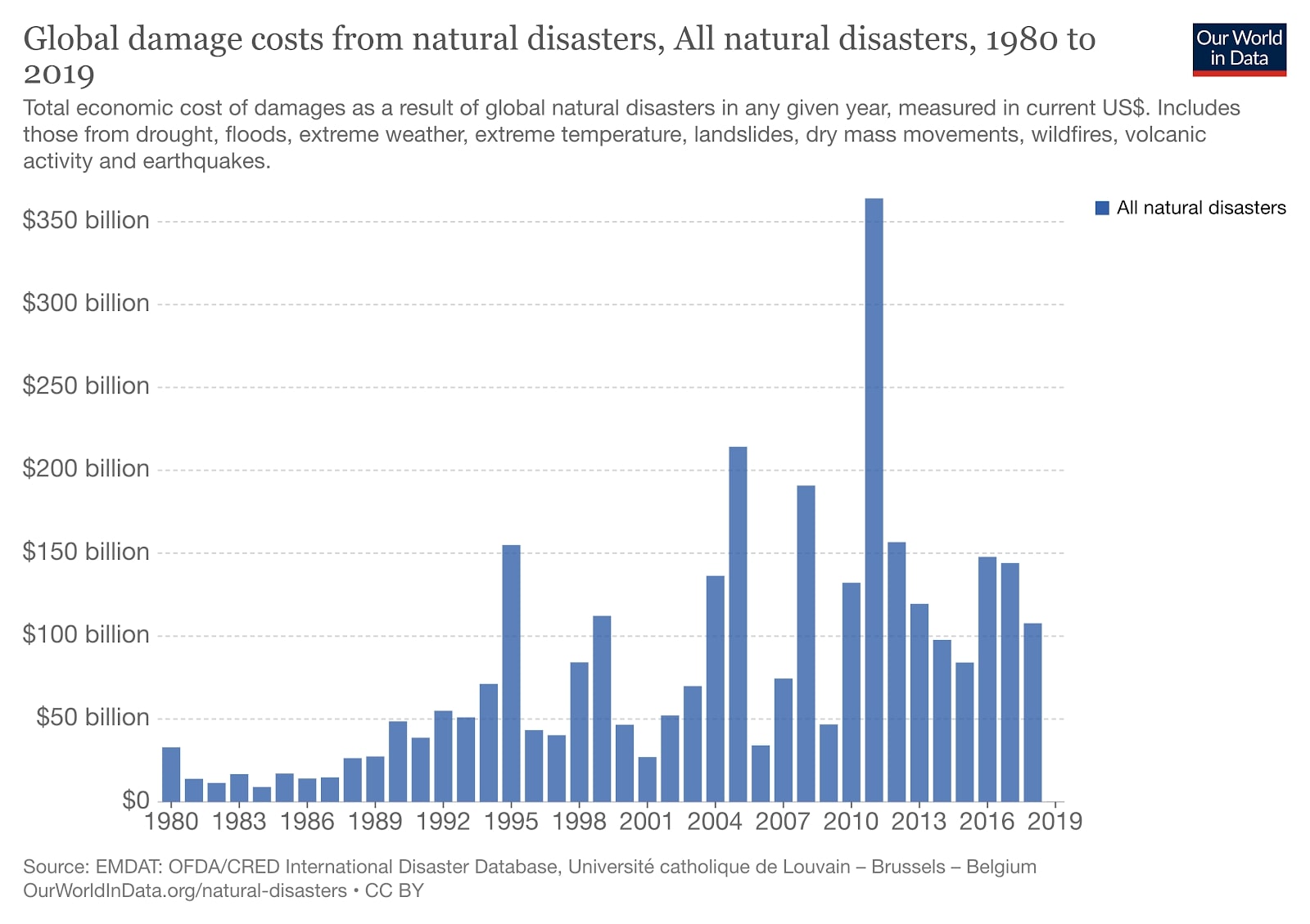 However, what many neglect is the rise in the global GDP. Since 1970, the global GDP has increased more than four-fold. Thus, it is comprehensible why the absolute economic costs were much higher in the 2010s compared to that in the 1980s. 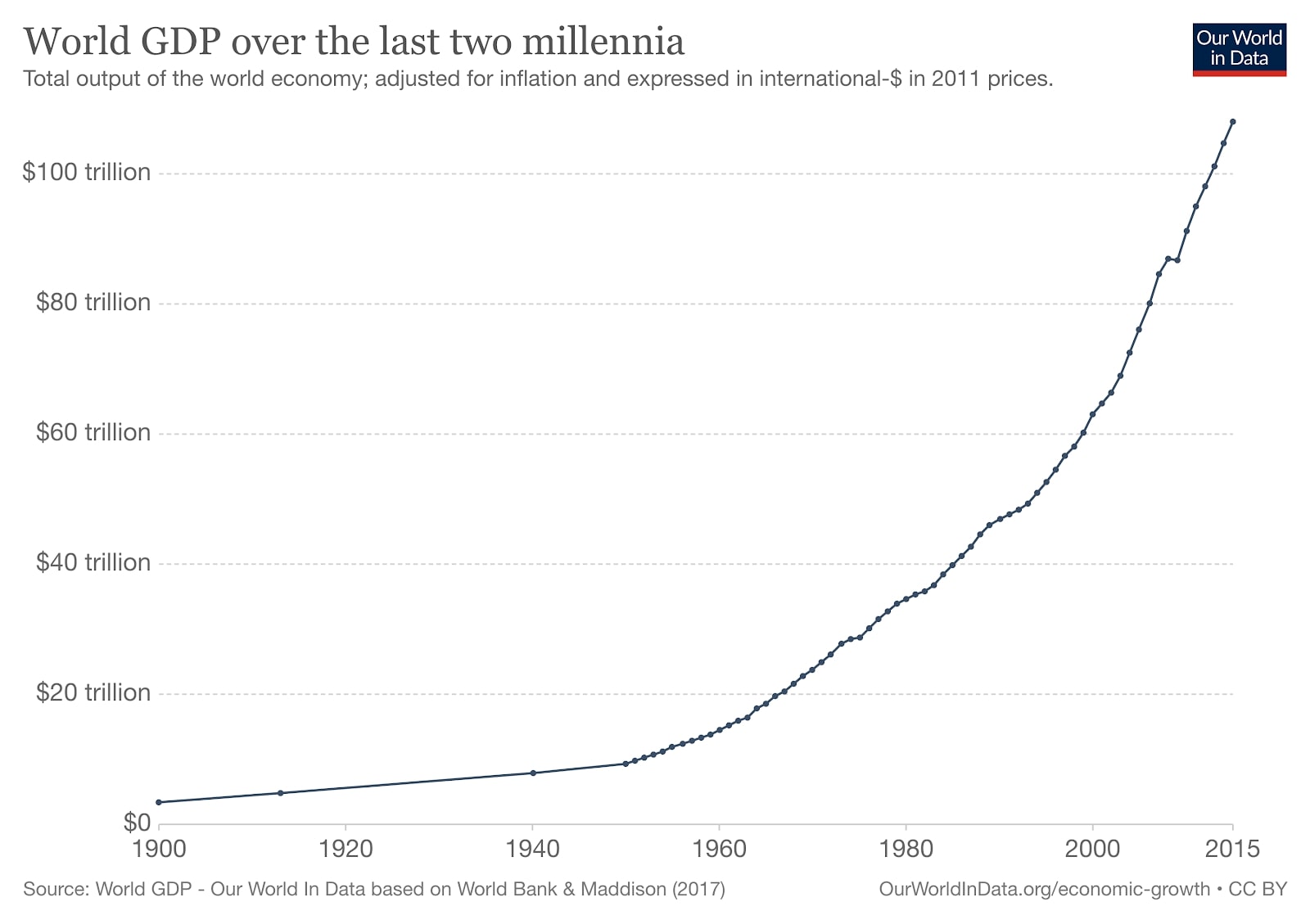 A more appropriate indicator is to compare the economic costs of natural disasters in relation to GDP. As shown, there is a notable year-to-year variability in costs, ranging from 0.15% to 0.5% of global GDP. Our World in Data noticed no clear trending increase in the damages when considering the economic growth over the period from 1990 to 2017. 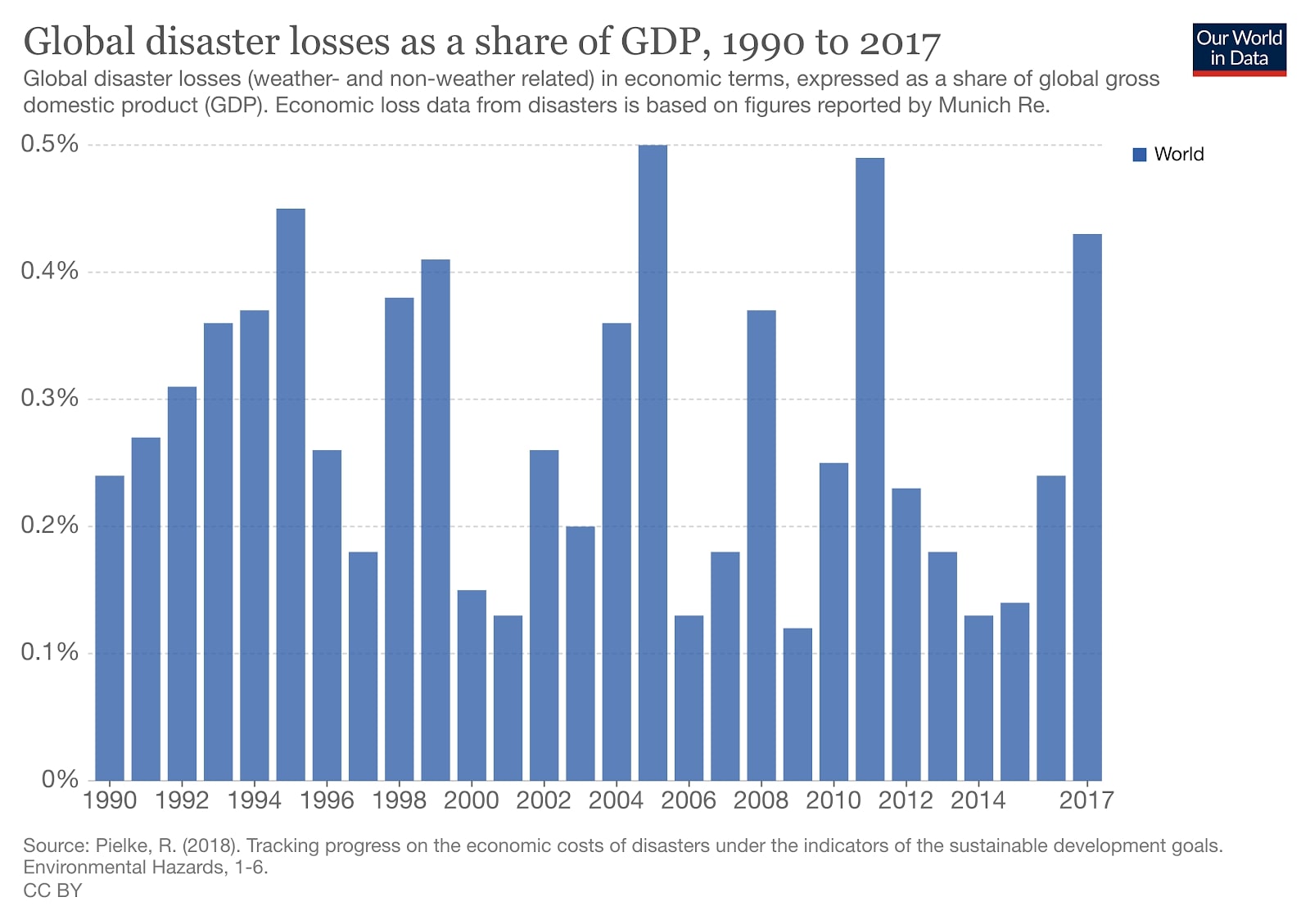 It is true that the costs of natural disasters are rising over the years, however, we need to take into account the global GDP to grasp a clearer picture of the impact of disaster costs on the world’s economy.

Photo by NOAA on Unsplash