We are undoubtedly causing very serious harm to the environment; deforestation, water pollution, plastic waste, you name it. Is the harm irreparable? In this article, we will perform a data-driven review of climate change and how we are dealing with it.

How are we impacting the environment?

As everyone may have been made aware, the world’s temperature is rising, but how fast is it actually happening? In 2019, the National Oceanic and Atmospheric Administration recorded that the earth’s global average surface temperature was 0.95°C above the 20th century average, hitting the second warmest year since 1880.

With the current rate of warming (0.2°C per decade), the Intergovernmental Panel on Climate Change anticipated that the global temperature will reach 1.5°C between 2030 and 2052. In the event where the temperature surpasses 1.5°C, the Panel predicted that there will be an irreversible loss of the most fragile ecosystems, and crisis after crisis for the most vulnerable people and societies. To keep the temperature below 1.5°C, the carbon dioxide emissions must be cut by 45% by 2030, reaching a net zero by 2050.

Looking further back in the past can give context. NASA revealed that the result of human activity since 1950 has caused the carbon dioxide level to escalate drastically compared to fluctuations in the last million years. The last time levels were this high was 5.3 to 2.6 million years ago, when the Earth was several degrees hotter and the ocean was around 50 feet higher!

What have we done so far?

In 2015, the Paris Agreement has been signed to keep the global temperature rise well below 2°C above pre-industrial level and make a concerted effort to limit the increase to 1.5°C. At present, 197 countries have adopted the Paris Agreement. Sadly, the biggest greenhouse gas emitters are setting poor examples. The United States formally notified the United Nations in November 2019 that it will withdraw from the Agreement, while China was rated “Highly Insufficient” in terms of its Nationally Determined Contribution in December 2019.

In recent decades, the world has been transitioning to renewable power generation. In 2019, the share of renewables in capacity expansion rises to 72%. Particularly, Asia accounted for 54% of new capacity in the same year, increasing its renewable energy capacity by 95.5 GW to hit 1.12 TW, constituting 44% of the world’s total. In spite of the steady growth of renewable power, the International Energy Agency expressed that the growth has to accelerate if we are to avoid the worst of climate change. 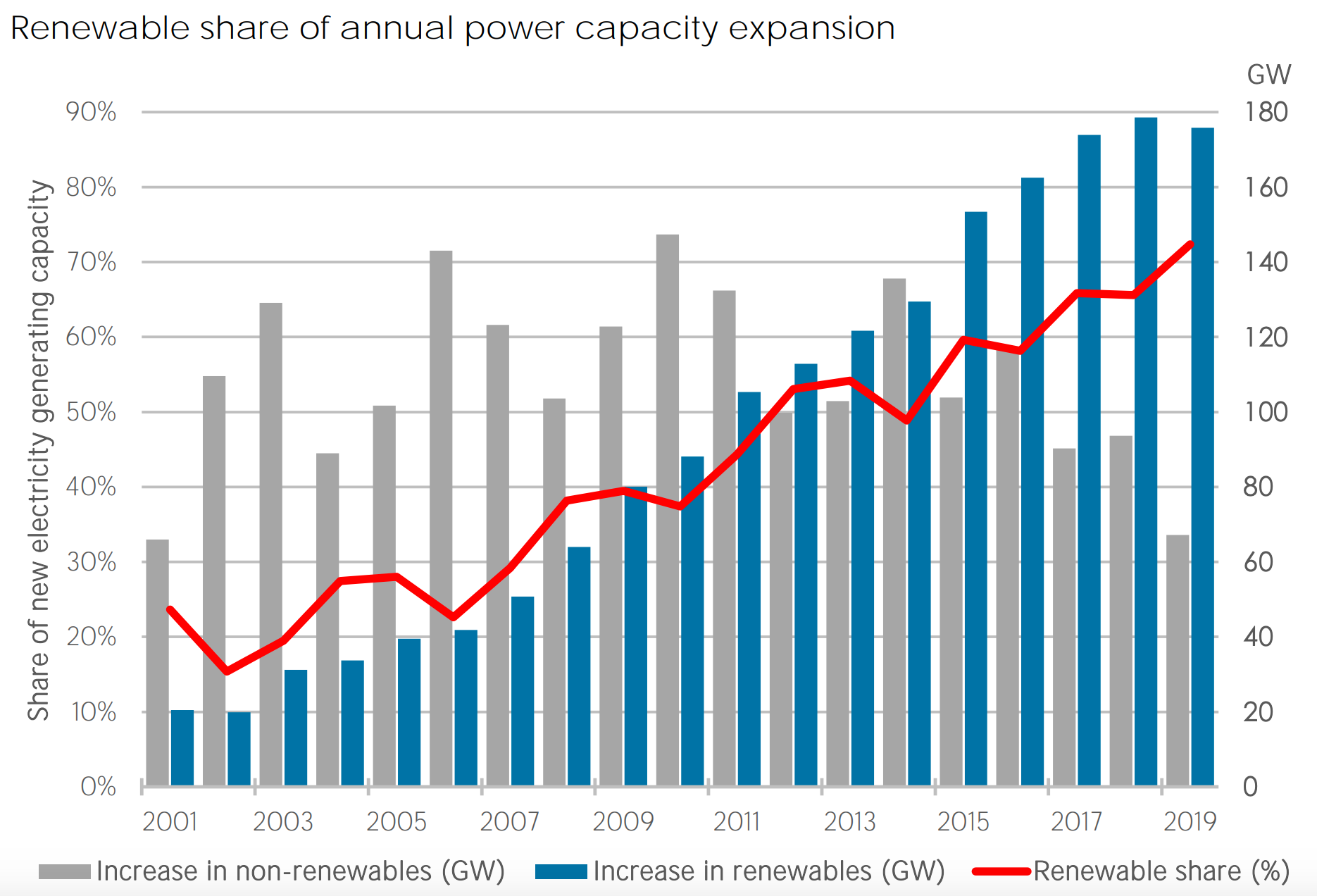 Is the harm still irreparable?

Humans are damaging the environment faster than it is recovering. However, that does not signify that the harm to the environment is irreparable. International policies have been set to control the temperature rise. The World Economic Forum anticipated that around 143 countries, accounting for 99.7% of the global emissions, will be able to switch to 100% renewable energy by 2050. If the governments and companies are willing to accelerate their climate action, able to honor their commitments to the environment, much of the damage can be mitigated.

This article was written by Jennie Wong and Owen Mulhern.