Bushmeat harvest in the Amazon basin generates around 1.2 million tons per year from 200 different species regionwide. Most of the prize comes from medium-sized mammals like peccaries (a small relative of the pig) or tapirs. The practice is driven by a combination of indigenous tradition and lack of sustenance in poorer communities. While Asian and African hunting techniques grow more barbaric (use of snares and poisoning), Amazonian hunters use guns but also blowpipes and bow and arrows, reflecting a more traditional approach. Despite this, they can consume up to 200kg of bushmeat per year, more than anywhere else. 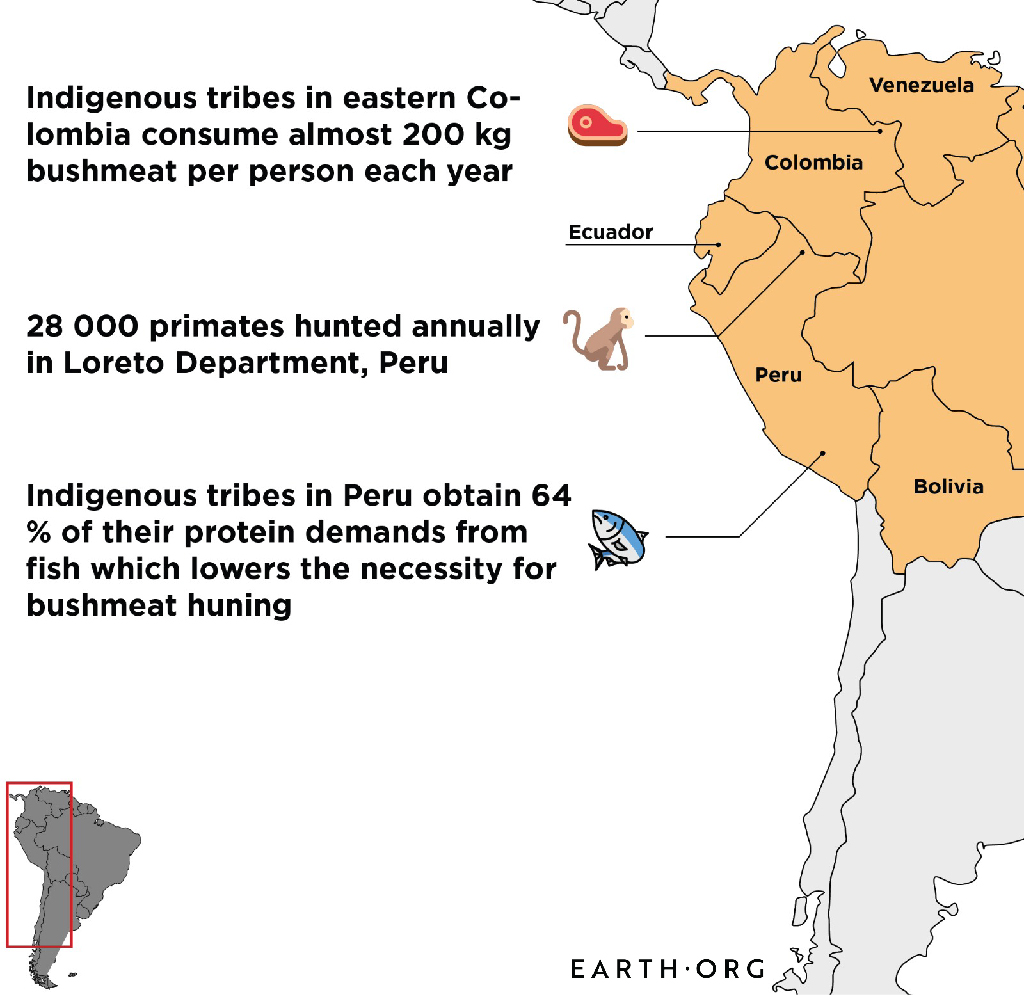 Approximately 1.4 to 2.2% of Latin Americans depend on bushmeat consumption, for a total of 5-8 million people. It isn’t as necessary as in Africa for instance, because of the continent’s massive  livestock industry. Poorer communities also have access to fish as an alternative, leaving no need for bushmeat hunting in most cases. Thus, the phenomenon is localized, occurring mostly in the Amazon forest where isolated rural and indigenous communities truly live off the land around them. In terms of percentage, the amount of people depending on bushmeat in South America may be small, but in raw numbers, it is actually quite significant. As the human population continues to explode, the best survival options left to those on the fringe of society often involve encroaching on the natural resources around them.

Brazil, home to most of the Amazonian rainforest and the indigenous tribes within, generates approximately 989,000 tons of bushmeat each year. Far beyond what any other Latin American nation produces, its market value is estimated around US $200 million, paling in comparison to the yearly $12 billion of beef and chicken exports it makes. Nonetheless, the most abundant and accessible target species for bushmeat hunting are seriously endangered. Tapirs, peccaries, caiman and turtles are just some examples of the native species being pushed to the brink by unregulated, unsustainable hunting practices. Further, the Covid-19 pandemic has taught us how dangerous careless animal contact and consumption can be. 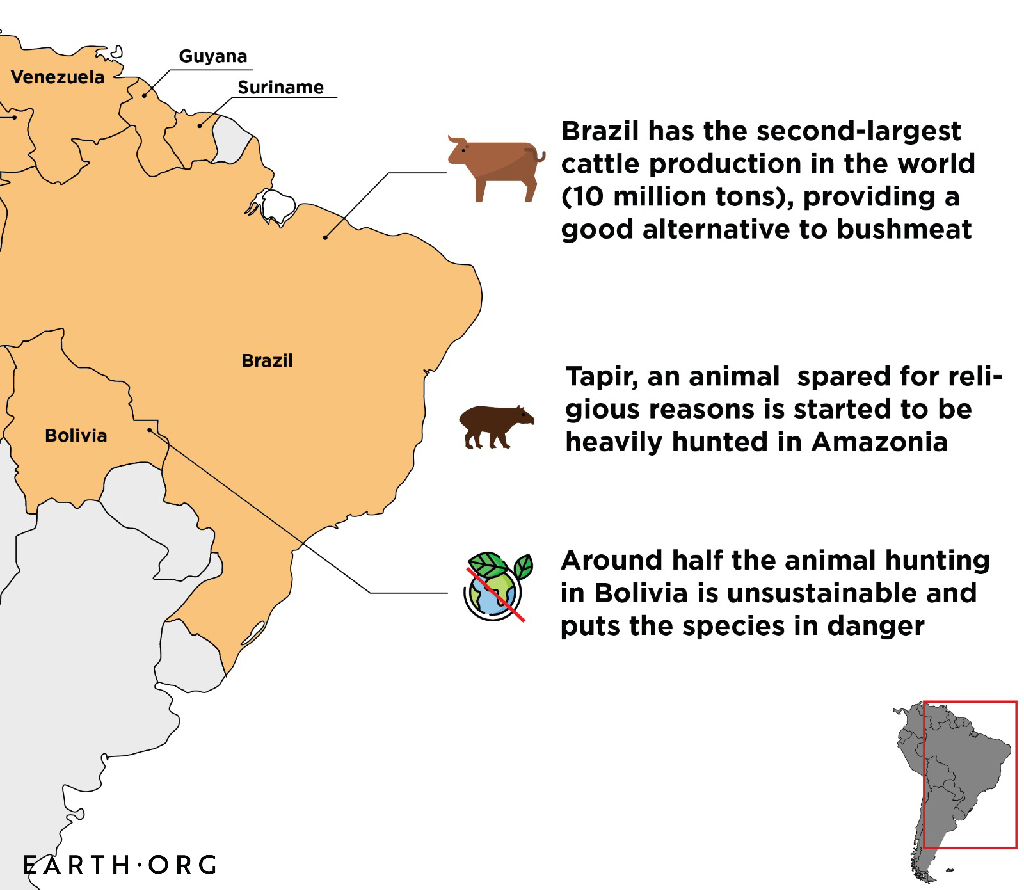 Despite an ever-growing amount of mouths to feed, protein is abundant in Amazonia and bushmeat hunting has not reached critical levels yet. Still, certain species are taking the brunt of the blow and if the problem isn’t addressed, there is no reason to think it won’t get worse. Another cause for concern is that urban bushmeat consumption is on the rise in Peru, Brazil and Colombia. Asian practices show us the incredible ecological and human danger imposed by commercially-driven bushmeat consumption, and it is the local authority’s role to curtail this before a trend settles in.

The biggest difference between Amazonia and the African- Asian bushmeat consumption patterns is that the Amazon region is able to provide alternative and affordable protein sources to local populations which makes communities more resilient to the increasing protein demand. Furthermore, urban populations in the Amazon or in Latin America have a low bushmeat demand with almost negligible bushmeat consumption. Nevertheless, urban consumption of wild animals is becoming a significant driver for bushmeat hunting and wild meat has started to appear more frequently on the marketplace in Peru, Brazil and Colombia. In South America hunting is generally forbidden however the practice continues due to ignorance or food security reasons. Consequently, trade is also illegal in the region  and the concerns are valid that the actual amount of illegally traded bushmeat product is quite high.