Ports and maritime transport have been a key feature of human civilization, from Antiquity to the present day. Even now, the amount of containers shipped across the seas is growing each year, but climate change could compromise port operations and lead to huge economic losses.

Humans have always had a close relationship with the ocean, having fed off shellfish in our earliest days and colonized the world through the mastery of seafaring. Over a hundred thousand years later, there are over 600 million of us living in coastal areas due to the economic opportunities they provide.

The threat of sea level rise has come to light in the last few years, with the revelation that many important cities might be submerged in the upcoming decades. Ports, built right on the water, are evidently at risk of this phenomenon too. However, their operations could be compromised by extreme weather before they entirely sink. Izaguirre et al. (2020) ran a study estimating how climate change could put ports around the world at risk by 2100.

The “risk” factor arises from the number of days a port cannot operate on per year, due to one of a number of hazards. These include heavy rain or waves, coastal flooding, strong wind, cyclones, water overtopping the port’s breakwaters and excessive heat. 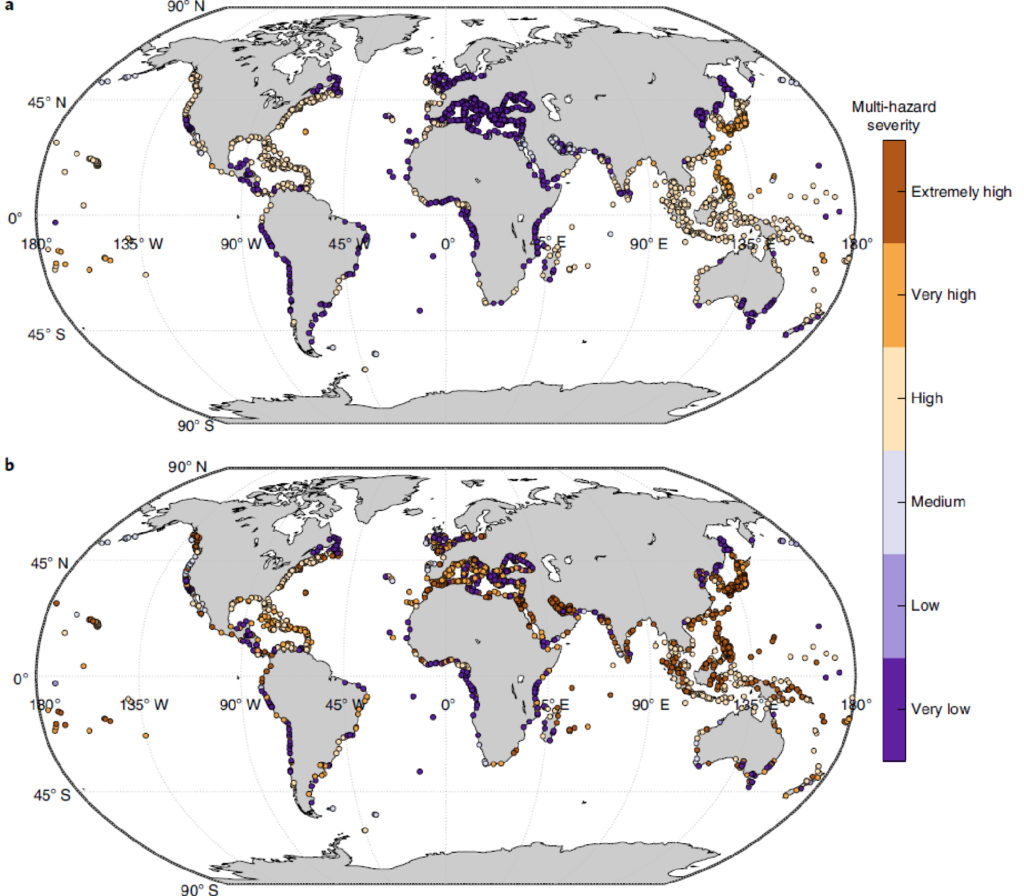 The maps above show that most ports will experience operational disruption, especially in the Mediterranean and northern Europe, Saudi Arabia and eastern Asia. 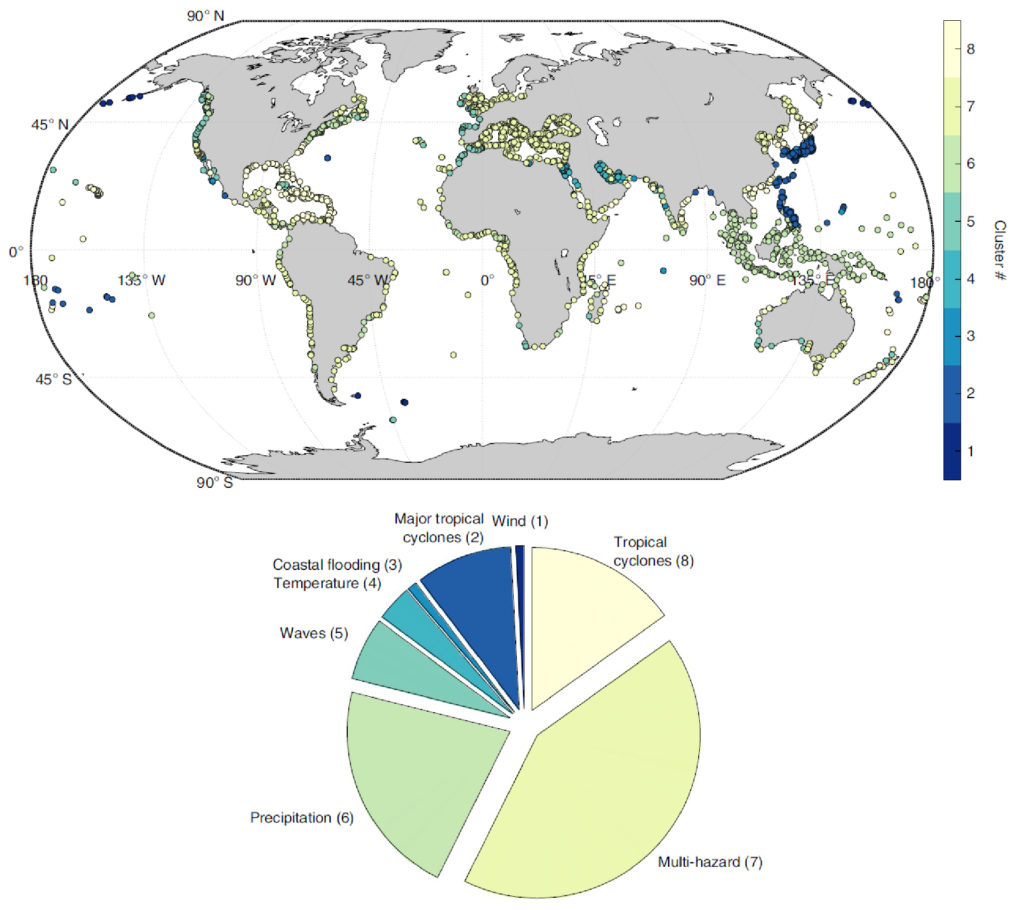 The authors were able to identify the main risk factors by area, which were as follows:

The takeaway: while only some areas (Caribbean, east Asia and the Pacific islands) are considered vulnerable to extreme weather today, this could expand to affect ports from Europe to Asia. This information is not meant to bleaken your view of the future, but rather to inform decision makers and investors, helping them create optimal strategies for the future. Where should we fortify? Where could the next trade hub be? In the era of man-made climate change, it is essential to incorporate the latest scientific knowledge into our plans.

This article was written by Owen Mulhern. Photo by Shunya Koide on Unsplash.