Humanity’s 200 years of heavy fossil fuel combustion is starting to show its effects. Temperatures are on the rise, rain and weather patterns are shifting and our best models are struggling to predict our incredibly complex climate. The threats to human health are numerous, of which the most frightening might be infectious disease.

The 1970s was an important decade for public health. On one hand, the world rid itself of terrible illnesses such as polio, leprosy and smallpox. On the other, we witnessed a global emergence and redistribution of infectious diseases like malaria, HIV/AIDS and Ebola (WHO, 1996). 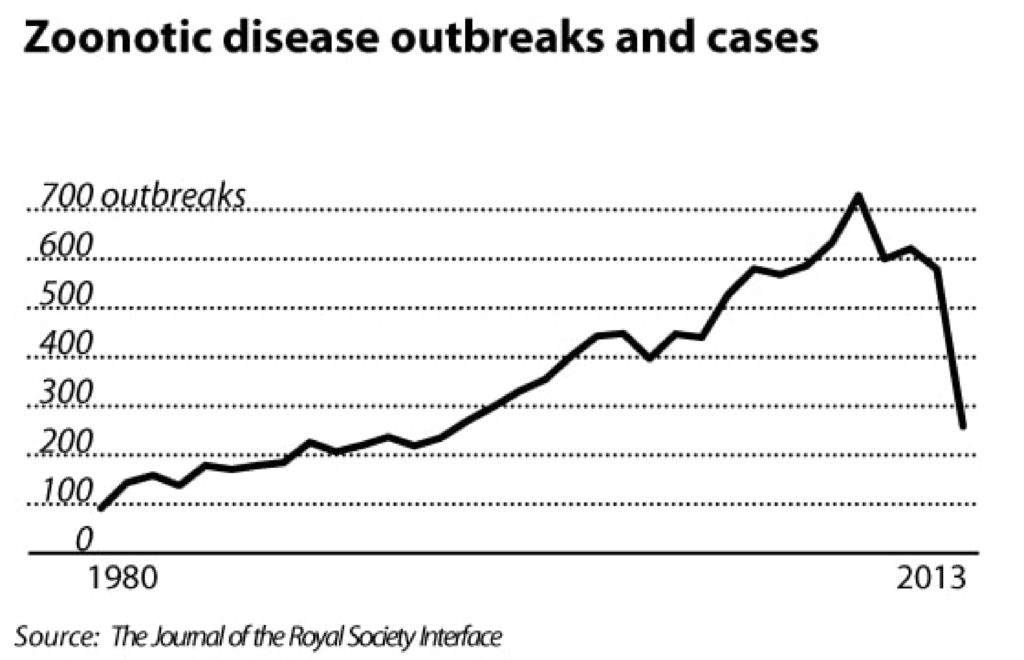 Shortly after, scientists began voicing growing concerns about climate change, which brings us to the present, more aptly named climate crisis. We now know it can influence host defenses, and vector and pathogen habitat, making it a major factor in disease spread.

The turn of the millennium came with many studies demonstrating this link. A study by Woodruff et al. (2002) demonstrated a clear correlation between climate variables and epidemics of the Ross River virus in Australia (70% prediction accuracy). More precisely, they found that heavy summer or winter rainfall, with a prerequisite, lower than average spring rainfall in the previous year led to outbreaks.

This kind of detail makes it important to understand natural and anthropogenic variations to our weather patterns. Climate oscillations have been recognized at different timescales, from millennial to intraseasonal, and two of the most influential ones on a human timescale are the El Niño Southern Oscillation (ENSO) and the North Atlantic Oscillation (NAO).

The ENSO is an irregularly periodic shift in winds and sea surface temperatures over the eastern Pacific Ocean. It lasts several months and normally occurs every few years with varying intensity. It causes strong droughts, followed by heavy rainfall and flooding.

It is difficult for scientists to tell whether the ENSO is being affected by climate change, but their effects are certainly cumulative, leading to more extreme weather events.

The NAO consists of two opposite pressure anomaly phases that vary with no particular periodicity. They are associated with changes in temperature and precipitation patterns from central Europe to eastern North America. A 2013 study published in Nature found that 11 pathogens including measles, meningitis, gastroenteritis, and hepatitis A had a 94% correlation to the NAO. 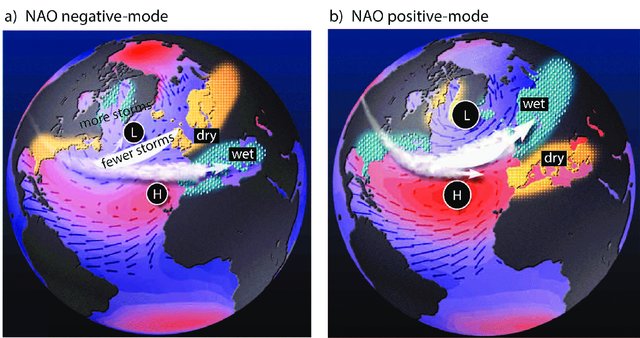 A 2003 paper describes the marked increase of the NAO over the preceding decades, and this has since been attributed to sea surface temperature, which we know is increasing due to human activity.

Understanding climate change’s effect on the NAO is critical if we are to develop an early-warning system for outbreaks in NAO-affected areas.

The overall warming and instability of our climate is changing the geographic and seasonal constraints of pathogens, carriers and hosts. Highly climate-sensitive vector-borne diseases are resurging (dengue, malaria, hantavirus), while water-borne diseases proliferate thanks to excessive floods. Anthrax was released from thawing permafrost in 2016, meaning more ancient, possibly catastrophic pathogens could re-emerge in the upcoming years.

A concerted effort needs to be made to identify disease-promoting conditions, then predicting where these will occur in time and space.