Too Hot To Live: Climate Change in Nicaragua

Nineteen of the twenty hottest years on record have occurred since 2001, not including 2020 which is on track to top the list. Now, research has found that climate change could make Nicaragua too hot to live in by 2070.

As a species, we have historically avoided living outside of mean annual temperatures (MATs) between ∼8°C to 20°C. MATs above 29°C, found only in parts of the Sahara and Saudi Arabia, are generally considered too hot to live in but there are always exceptions. In the early 1900s, the denizens of Dallol, Ethiopia, lived in a MAT of 34.4°C with an average daily maximum of 41.1°C. According to recent research however, nigh unbearable MATs above 29°C could affect up to one third of the world’s population by 2070.

Nicaragua is the largest country in the Central American isthmus, hope to a multi-ethnic population of 6 million of indigenous, European, African and Asian heritages. Since its independence in 1960, it has had an agitated history of dictatorship, revolution, occupation and fiscal instability.

Roughly the size of England, it boast the second largest tropical rainforest in the Americas in its eastern half, while the west is mostly tropical savannah spilling out onto the Pacific. 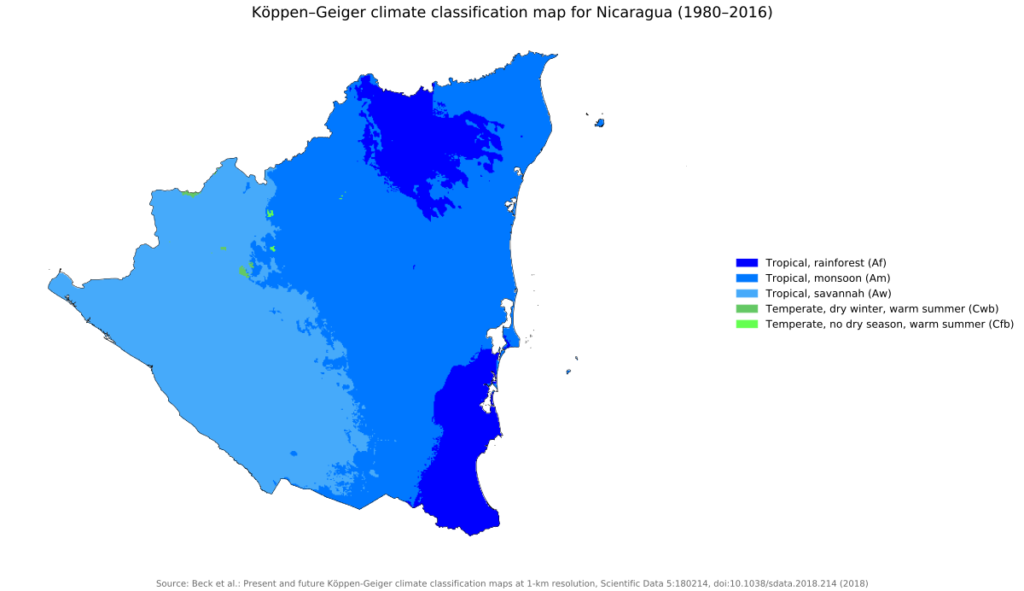 The population has established itself in the Pacific lowlands, whose hot, fertile plains are more welcoming than the dense rainforest. 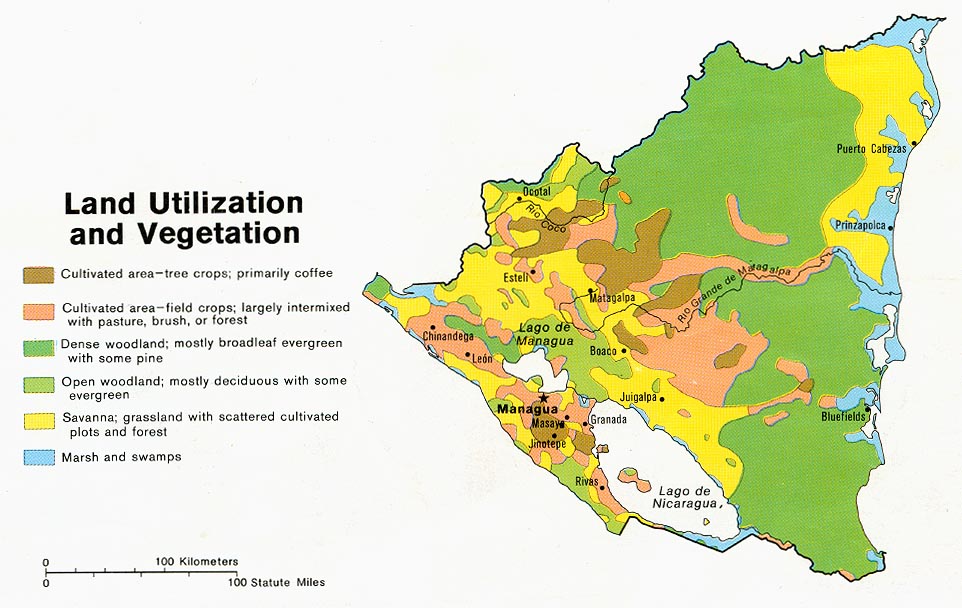 his part of the world is frequently subjected to powerful storms, largely dictated by the El Niño / Southern Oscillation (ENSO) phases. During la Niña, torrential rains unleash floods upon the Nicaraguans,  wreaking havoc in cities, shanties and fields. Storms are becoming more intense, as rising temperatures allow more water to be stored in the atmosphere. When the ENSO switches to the El Niño phase, downpours give way to droughts, which cost 90% of maize and 60% of bean crops in 2016.

Climate change is making life in Nicaragua ostentatiously worse, and a recent study by Xu et al (2020) brings more bad news. Their model predicts that western Nicaragua could become as hot as the Sahara by 2070. 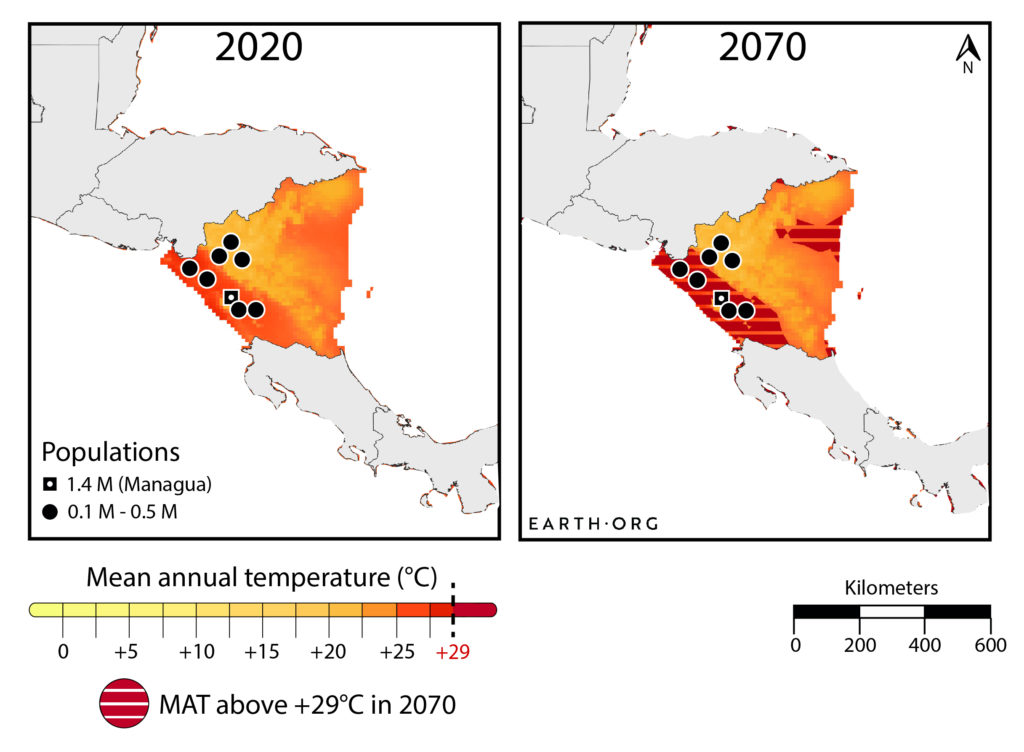 Mapping places in Nicaragua projected to experience mean annual temperatures above 29°C, only found in 0.8% of the world today (mostly in the Sahara). Mapping by Simon Papai.

It is difficult to say how such temperatures would affect the rain/drought cycles that we witness today, but the crux of the problem is that the heat itself may be too much to bear. When high temperatures and the rainy season’s humidity combine, our ability to cool off via sweat can find itself inhibited, which can be lethal.

Nicaraguans will likely be forced to migrate before reaching this point, as food insecurity will hit before temperatures become intolerable. In fact, climate migration has already begun; hundreds of thousands of Guatemalans are moving north toward the United States, fleeing the extreme conditions that leave them hungry. Nicaraguans haven’t yet begun mass displacement because their neighboring countries are all facing the same issues, but they will have to soon if no help is sent.

It is in everyone’s interest to start thinking as a global community, because the vulnerable population’s problems will rapidly spill over into the more sheltered parts of the world. Billions will find themselves facing unlivable conditions in the next few decades, and ignoring their plight will only make things worse in the long run. Covid is an early test of our civilization’s ability to work together when facing a common enemy, and if we use it as a learning experience we may yet avoid the worst of climate change.