Climate Change Could Turn Northern Australia Into a Wasteland

Nineteen of the twenty hottest years on record have occurred since 2001, not including 2020 which is on track to top the list. Research has found that mean annual temperatures above 29°C, currently found in 0.8% of the world and too hot to live in, could affect up to one third of the world’s population by 2070. If we do not take action against climate change now, part of Australia could become too hot to live in.

The past decade has been exceptionally hot in Australia, with MATs 0.86°C above the 1961-1990 mean. 2019 in particular was 1.52°C above this average, and maximum temperatures were 2.09°C hotter than usual. Extreme heat events are increasing in frequency, as are the risks of extreme fire and flooding, all of which have occurred in the last year.

Global warming has increased global temperature by nearly 1°C since 1880, and the rate of warming doubled to ~0.32°C per year in 1981. A study earlier this year by Xu et al (2020) predicts that many parts of the planet would become intolerably hot by 2070.  Among these is most of Northern Australia, less populated than the more temperate south, yet rich in resources and economic opportunity. 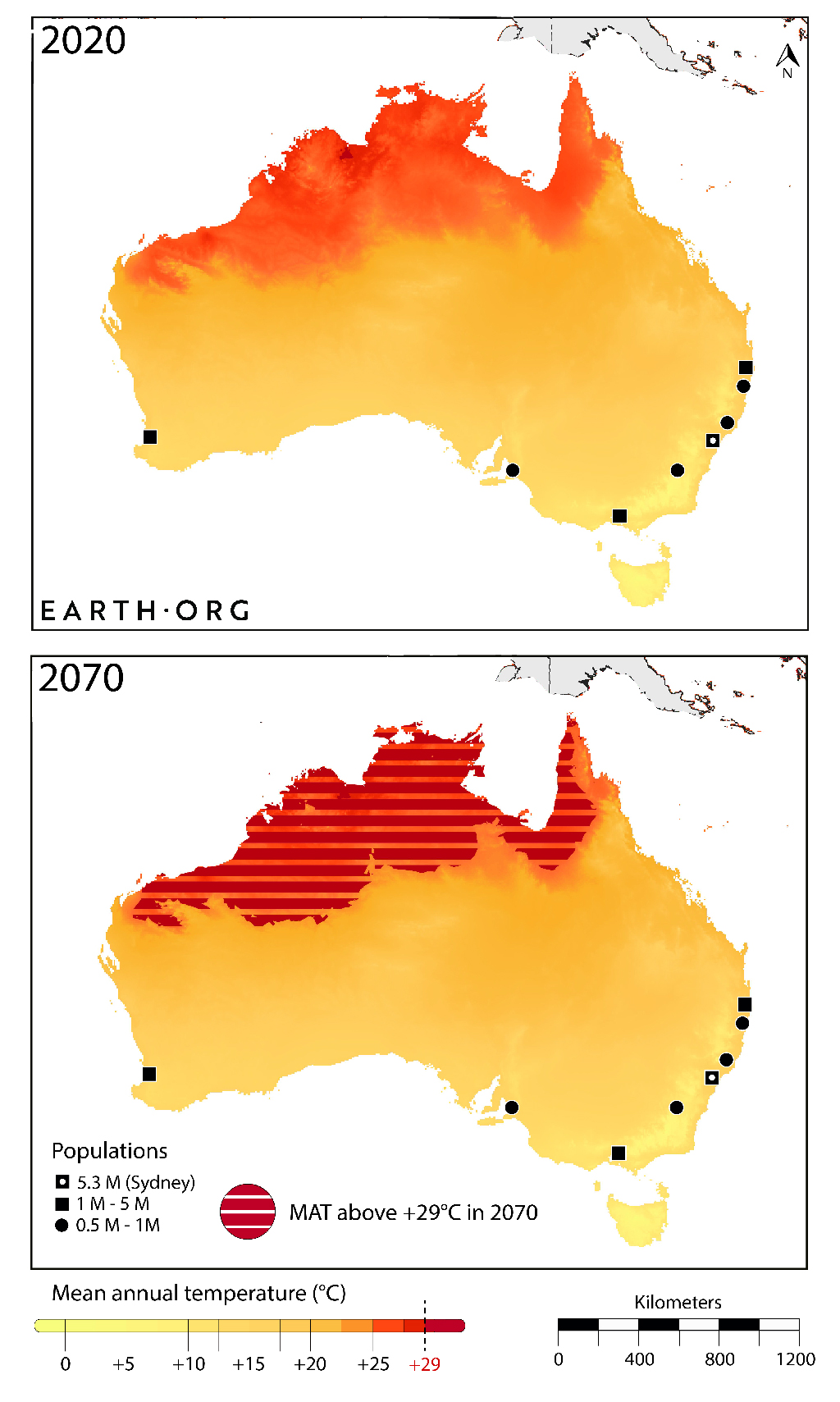 Much of Australia’s growth in the past two decades has been attributed to the mining activity across its northern reaches. It produced a world-leading 37% of global iron output in 2019, and is a major source of gold, uranium and other rare earth elements. While it employs only 2% of the workforce, the industry represents nearly 6% of the country’s GDP and 35% of its exports.

These  assets could be lost If we do not decisively curb emissions within the next decade. The 3.5 million northern Australians could find themselves living in unbearable temperatures, making mining impossible as it requires manual labour with direct sun exposure, or underground work where heat exhaustion is a dangerous issue. 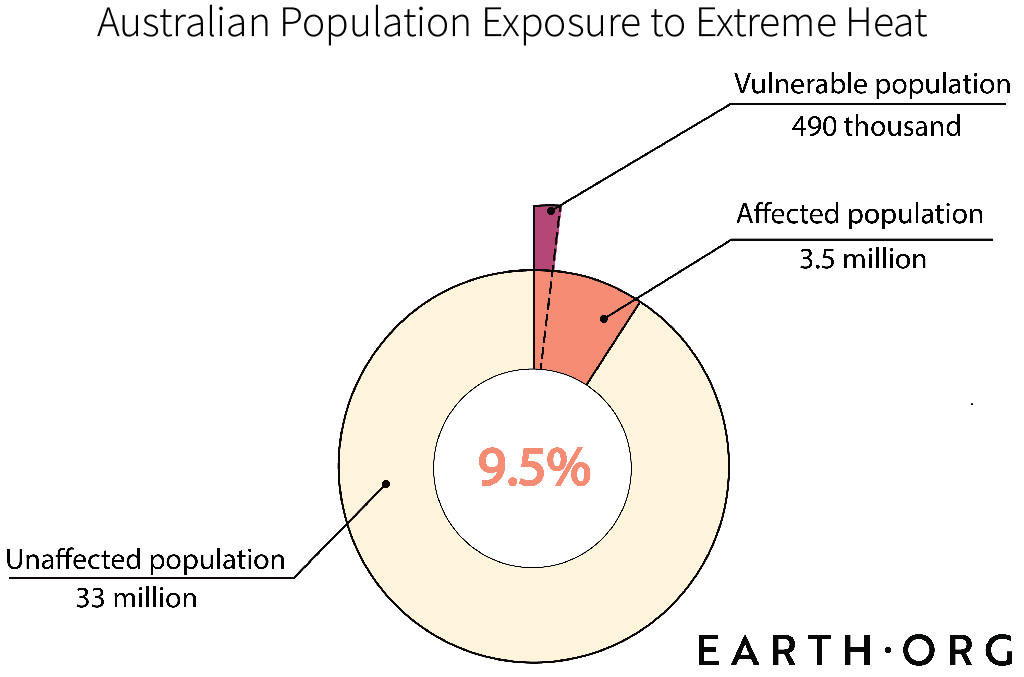 Proportion of Australians currently living in places where mean annual temperatures will go above 29°C. Vulnerable population represents those living in rural areas.

If, instead of migrating, people decide to live in MATs above 29°C, it becomes crucial to have a reliable and extensive air conditioning network. We therefore consider vulnerable the segment of the population living in rural areas, as isolation and reliance on land productivity would be precarious at best. Beyond the issue of coping with the heat, the presently dry conditions would become an intense drought making agriculture practically impossible.

It is safe to say that most wouldn’t opt for remaining, and northern Australia would simply become an arid, barren wasteland. Mars on Earth, if you will.