Thousands of years ago, the first Polynesians arrived on islands of the south and west Pacific Ocean. There, the ocean provided some food, and the islands provided shelter, nourishment and most importantly, a place the Polynesians could call home. Today, the very same ocean that the Polynesians crossed millennia prior is now threatening their homes, livelihood, and existence.

The Marshall Islands, Kiribati, and Tuvalu are all examples of Pacific nations consisting largely of atolls, ring-shaped reefs or islands surrounding an inner pool called a lagoon. These reefs can produce coral islands over time, on which people like the Marshallese live. On islands like these, one is never more than a few minutes away from the vast Pacific Ocean, or the lagoon the reef encircles. While the lagoons can cover a substantially large area, very little of it is actual land. In fact, in the Marshall Islands, the largest atoll is the Kwajalein atoll, covering 2174 km2, but only 16 km2 of which is land, split into 97 islands and islets. 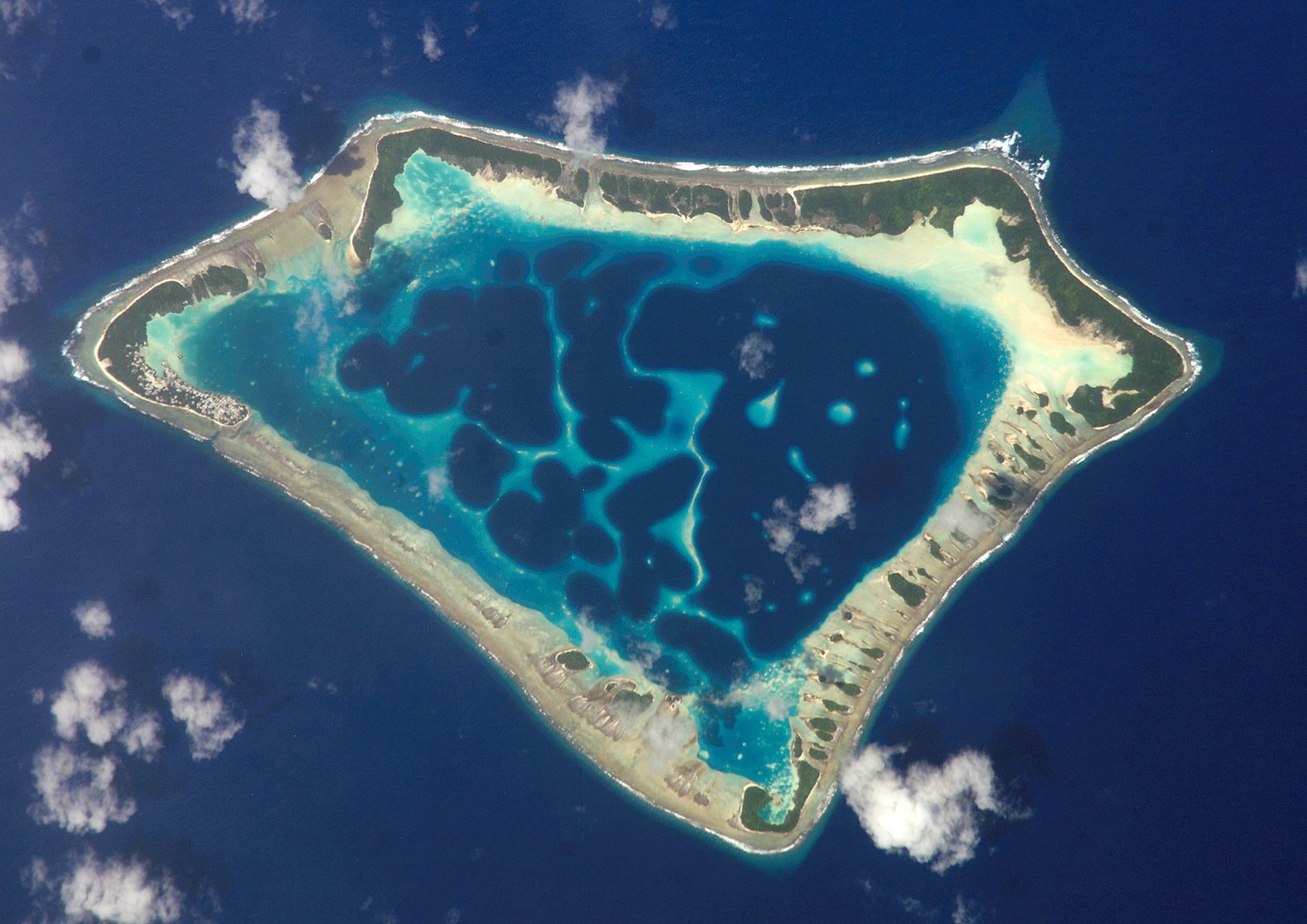 Largely flat, low-lying and narrow, most of the coral islands in the Marshall Islands are no more than 1.8 metres above sea level. The highest point, situated on Likiep Atoll, stands at only 10 metres above sea level. Tuvalu, in contrast, has a highest point of 4.6 metres, on Niulakita. This exposes the coral islands of nations like Marshall Islands and Tuvalu to one severe threat – rising sea levels.

Rising sea levels, one of the effects of global warming, is brought on by two main factors, the melting ice sheets and glaciers, and the expansion of seawater as it warms. According to the National Aeronautics and Space Administration, the seas have risen by 94 mm between 1993 and 2020, about 3.3 mm per year. This may not seem like much, but this translates to 30 cm per century. This rise will still be felt heavily by the Marshall Islands, Kiribati and nations like these. 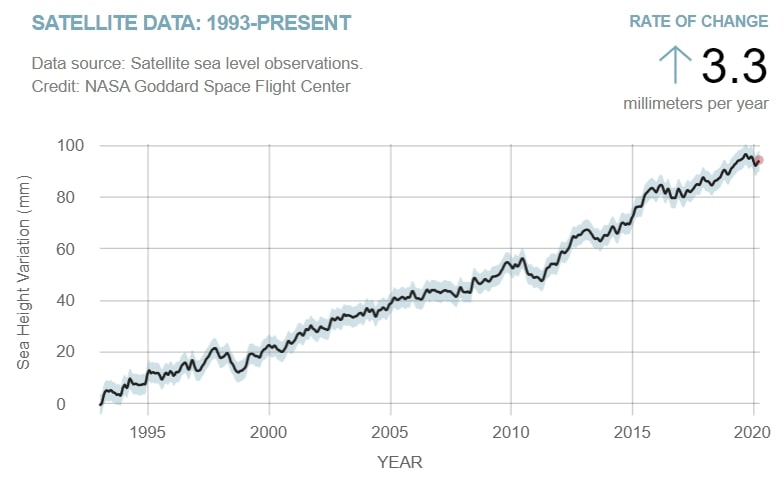 The sea level has risen by more than 9cm since 1993, and at this rate, we would see a sea level rise of more than 30cm by the end of the century (Source: NASA Global Climate Change).

To the inhabitants on coral islands like the Marshallese, the concern that one day the ocean will claim their homes is a daunting reality they have to grapple with every day. In the near future, they will be forced to make the decision to abandon their traditional homes and move, or to stay and watch as their lands become increasingly submerged with each passing year. But to stay, is merely just a means of delaying the time to move. Seawalls and other coastal management measures can only do so much to slow down the rate at which habitable land is lost to the ocean.

According to the World Meteorological Organisation, there is a 24% chance that the world’s average temperatures will rise to 1.5 degree Celsius above preindustrial levels within the next five years. 1.5 degrees, the one value that the Marshall Islands and so many Pacific nations had fought for in the Paris climate agreement, the one value that these nations had fought for to survive, is now deemed unlikely by most experts.

At current emissions rates, many studies project a one metre sea level rise by 2100. Many Pacific island nations would lose considerable amounts of land and infrastructure, in some cases becoming uninhabitable. The early consequences of climate change are showing themselves, and it is only the beginning.