How Glaciers and Fungi are Making Climate Change Worse

As most are aware, human-driven climate change is slowly but surely changing our weather patterns, making it warmer on average and throwing many different age-old systems out of whack. One of these are mountains, usually snow-capped above a certain altitude, which have seen their glaciers retreat due to accelerated melt over the last decades. 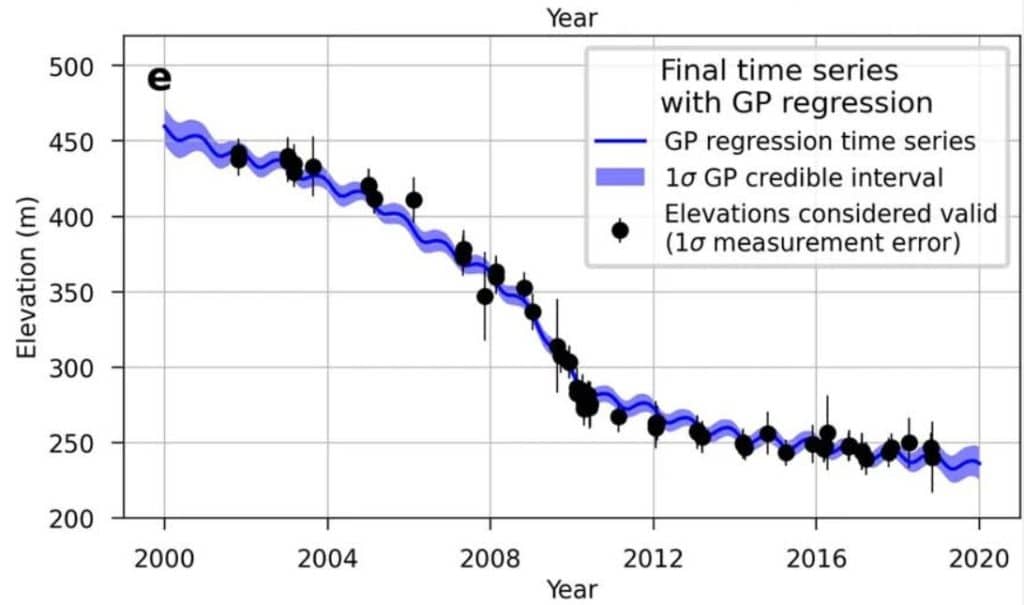 Decrease in glacial surface elevation over the last 20 years.

Now, new research from the University of Leeds has made a discovery with worrying implications. They found that melting glaciers could contribute to climate change by indirectly accelerating fungal decomposition, one of the biggest natural sources of CO2.

Fungi are the cleanup crew in many ecosystems, swooping in to consume and recycle dead organic matter. They are often found in freshwater rivers trickling down from the mountaintop glaciers, catching the grasses, shrubs and other materials being washed down.

The decomposition process releases CO2 as a by-product, and though much of it is taken up by  the surrounding plants again, it still results in net emissions.

Warming temperatures have doubled the rate of glacial retreat in just the last two decades, melting an average 267 gigatonnes each year. This alone has contributed to 21% of the observed sea level rise over the same period, which is only one of the knock-on effects of this process.

Knowing all of this, the researchers set out to better understand how this affected fungi and their activity in the ecosystem. To investigate, they placed art canvases composed of >95% cellulose, the main component of organic matter found in streams, and left them there for a month; those that ripped more easily afterward had been more heavily decomposed. They found a correlation between stronger glacier melt and higher fungal activity, whom the explained were thriving thanks to sustained river flow and favorable warm temperatures.

This research is exciting as it will allow us to make much better predictions on how river ecosystems will continue to change. However, these findings have serious implications for the impact of glacial retreat on the global carbon cycle, and should be taken as yet another stark warning that increasing our CO2 emissions will have dire consequences.

Thankfully, we still have time on our side and climate change awareness is growing faster than ever. COVID-19 pit the world against a common enemy, and we are slowly but surely learning that cooperation is the key.

This article was written by Cara Burke and Owen Mulhern.