Campylobacteriosis is one of the most common food-borne diseases in Europe, caused by the comma or spiral-shaped Campylobacter bacterium. Although it is primarily spread through eating or drinking contaminated food and water, scientists have since discovered an environmental factor in its mode of transmission, and established associations between Campylobacter infections and climate.

An August 2020 study published in Scientific Reports by Kuhn et al. revealed the relationship between campylobacteriosis and climate in countries of Northern Europe, along with drawing up projections on future infection rates based on climate fluctuations. Using national surveillance data of campylobacteriosis infections in Norway, Denmark, Sweden and Finland, the research team found that temperature, rainfall and snowfall had a predictable effect on infection rates.

Notably, higher average temperatures and heavier rainfall led to more infections, while short heatwaves and winter rain or snowfall reduced them. This seems fairly straightforward, but it is an incredibly powerful piece of information to have. Scientists are noticing more weather patterns promoting certain types of illnesses, which means we could prepare for outbreaks ahead of time.

Current climate change projections combined with the findings above suggest that the number of Campylobacter infections is expected to double by the 2080 in Scandinavian countries. This puts their healthcare systems in an interesting situation, where future costs can be mitigated by investing in preventive measures. As a result of the past few decades of climate research, we are able to determine the statistically optimal course of action, great right?

Well, few humans, if any, have ever had to take action for a problem 60 years away. Even problems knocking on our door face denial, and, granted, we still have a lot of breathing room before Campylobacter becomes a real problem. However, this study reveals two things: first, that climate change could lead to a very different disease landscape, and we usually suffer more from unfamiliar illnesses. Second, scientific models are generating glimpses into the future, but we still need to decide whether to prepare for the worst or just wait and see.

It comes down to whether we are ready to act based on graphs like the one below. 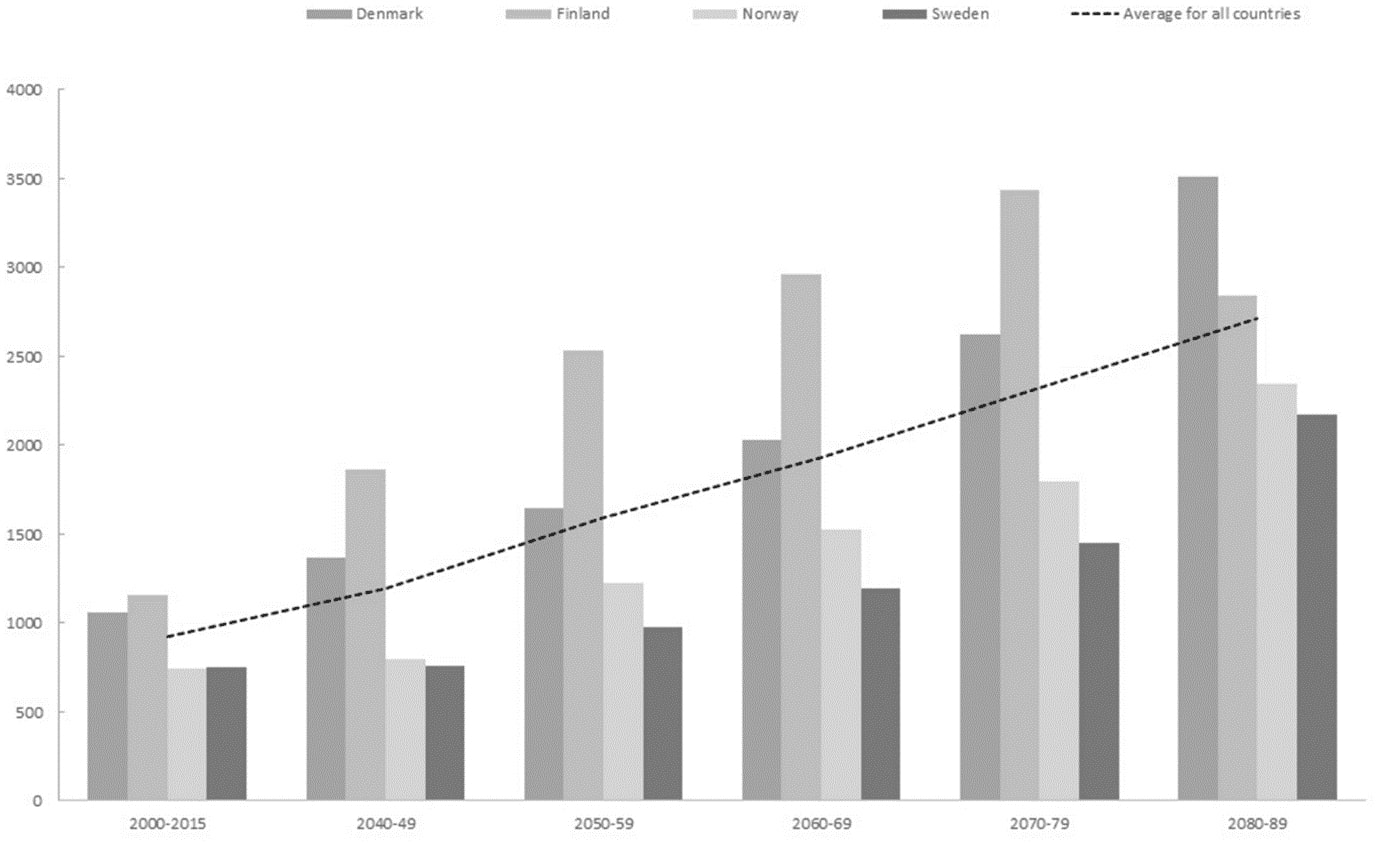 This study comes with limitations, as the impacts of climate change on diseases is multidimensional and can be indirect. The researchers noted that altered weather patterns also has impacts on human behaviour, which would thereby affect certain activities, like barbecues and outdoor activities often subject to local weather conditions. Campylobacter infections in chickens, additionally, will also play a role in how often the bacterium will infect humans, which is generally dependent on food safety measures.

This study undoubtedly conveys a message to policymakers to create healthcare frameworks that take cutting-edge scientific information into account.