How Much Will Hurricanes Cost In The Future?

2020 marked the fifth consecutive year of above-average activity during the Atlantic hurricane season. Of its 31 storms, 30 were named and six were above category 3. According to the Center for Disaster Philanthropy, the aggregated damages for the season should exceed US $41 billion. Scientists have struggle to determine the exact influence climate change might have on hurricanes in the future, but a trend seems to be emerging.

We’ve observed a higher frequency of more powerful hurricanes since the 1980s, and an overall increase in storm frequency since 2008. A lack of data has made it difficult to attribute changes to climate change with full certainty, but it seems like a trend is emerging. Scientists have used the past 40 years of records to get a better picture of what lies ahead and the result is concerning.

There has been a fluctuating increase in financial loss due to hurricanes in the United States since records began in 1980. 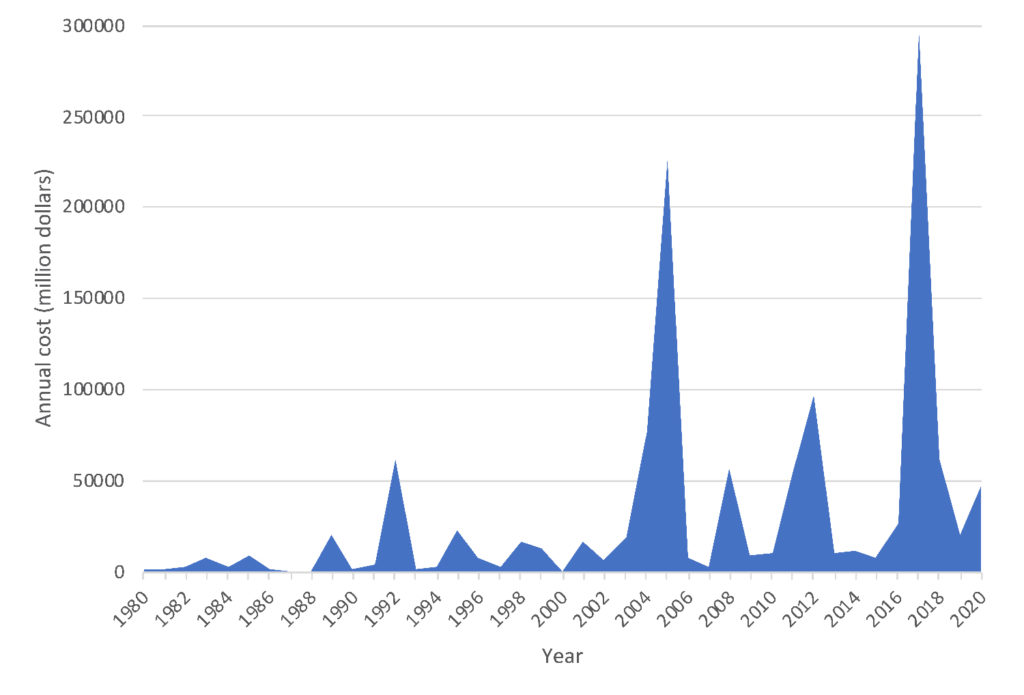 One of the main reasons for the increased damage sustained during storms is that they decay slower after making landfall. We’ve attributed this to the warmer atmosphere’s increased water capacity, but it is a complex mechanism that has yet to be fully understood.

Scientists have used multiple different computational models to extrapolate what data we have into the future, and the results aren’t reassuring. 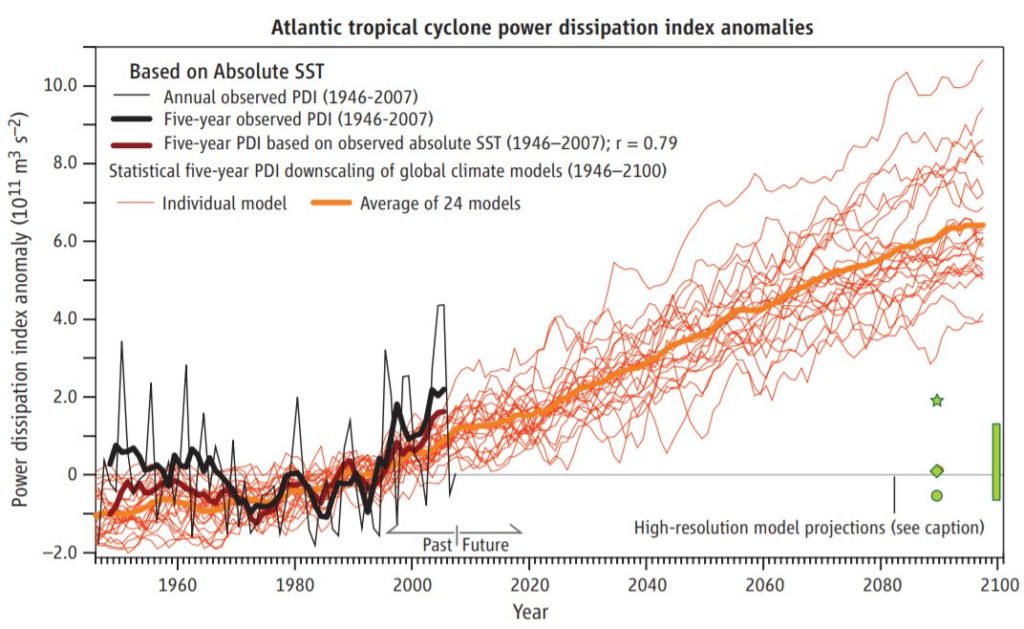 The total storm-driven economic loss of the past ten years (2011 – 2020) is 2.6 times that of the ten-year period between 2001 and 2010, and 5.7 times that of 1991-2000. According to the predictions depicted above, future hurricanes could cost up to USD 234 billion per annum by the end of the century. To make things worse, sea level rise will compound the flooding effects of hurricanes.

We are beginning to catch glimpses of what climate change has in store. Our weather systems are too complex to create future hurricane models with absolute certainty, but there is enough evidence to put climate resilience at the top of the agenda. This year’s hurricane and wildfire seasons may have helped increase awareness of the problem, and we can hope that with enough public support, our priorities will keep shifting toward that of a sustainable future.