Mapping the US Clean Energy Transition

The United States is one of the largest greenhouse gas generating countries. In an effort to alleviate climate change, it has launched a transition to clean energy which has gained momentum in the past decade. In 2016, natural gas surpassed coal to become the major energy source for the country, now accounting for 34% of the country’s electricity per year. 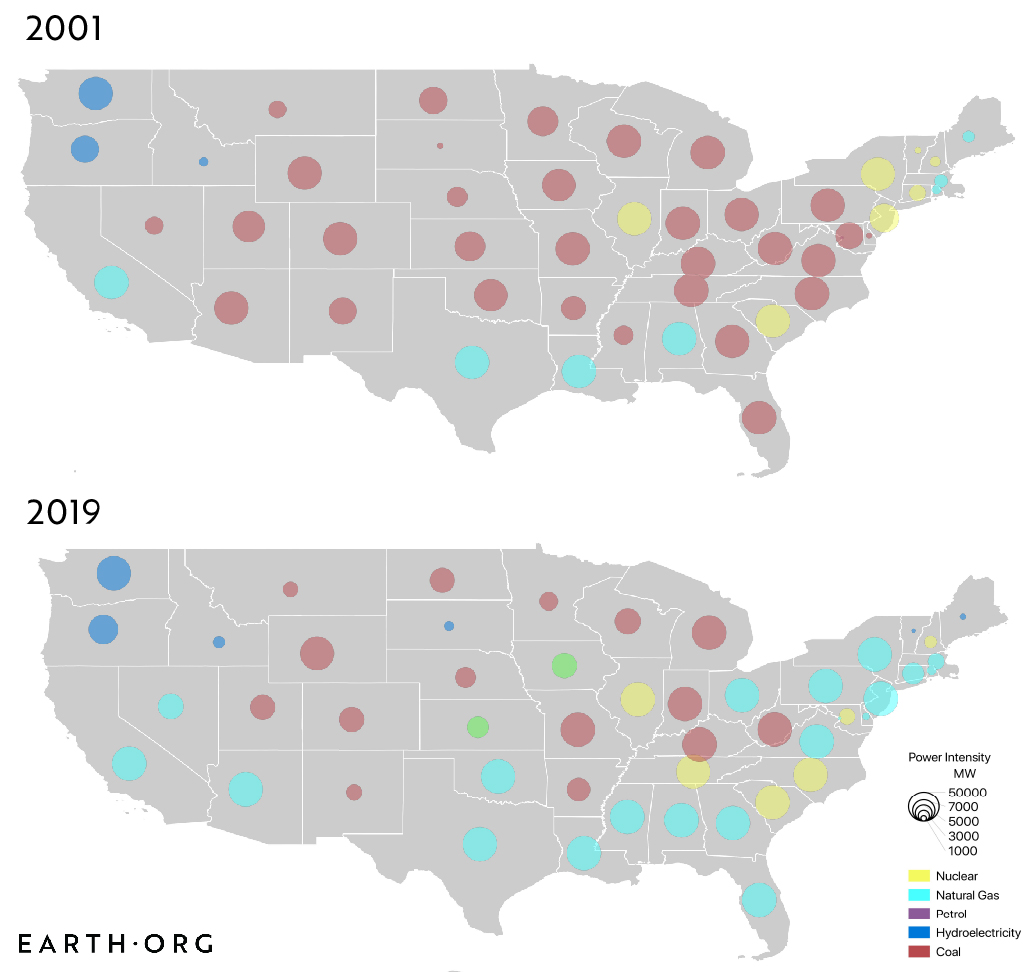 The big picture: The US electricity system has been changing rapidly over the past two decades. In 2001, 3 out of 5 US states mainly used coal to produce energy. Since then, over 120 coal plants have been repurposed for other types of fuel, of which over 100 were switched to natural gas. 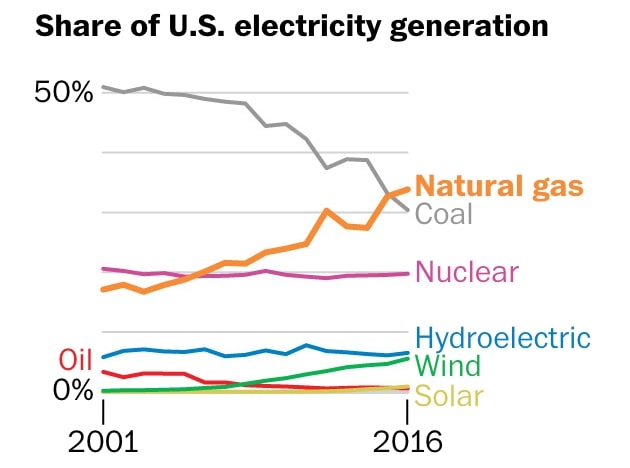 As coal falls, natural gas rises to replace it as the preferred US energy source. Note a significant rise in wind power too. Source: Washington Post.

The International Energy Agency’s (IEA) latest release of the World Energy Outlook (WEO) 2020 report predicts a historic drop in coal usage by 2040. A Covid-19 driven fall in global coal demand should have its share drop to below 20% in the next 20 years, the lowest it’s been since the Industrial Revolution.

A sustainable outlook? The clean energy shift from coal to gas in the US has its pros and cons. A Carbon Brief analysis shows that it lowered the electricity sector’s footprint by 46% in 2016, but methane leaks during production and transport offset this to some degree. Further, it commits the US into continued fossil fuel reliance for the foreseeable future.

This article was written by Owen Mulhern and Eric Leung.