Mosquitoes’ ability to carry and transmit disease to humans makes them one of the deadliest species on the planet. Dengue and Yellow Fever, both spread by the Aedes genus, put 3.9 billion people in 129 countries at risk.  Mosquito range is likely to grow as a result of climate change and public health services must be prepared.

Dengue and Climate Change in China

Dengue cases have been on the rise over the last twenty years, increasing eight fold from 505,430 cases in 2000 to around 4.2 million in 2019. It can range from asymptomatic to lethal and has no specific treatment when severe, and its culprit is none other than climate change.

As of today, the Aedes mosquito range is restricted to the southern regions of China.

China’s first widespread instances of Dengue fever came in 1978 with an epidemic in Foshan. Since then, there have been outbreaks in Hainan, Guangdong, Guangxi, Fujian, Zhejiang and Yunnan, culminating in a record-breaking epidemic in Guangzhou in 2014.  The infection mainly targeted workers and the elderly for a total of 37 354 laboratory confirmed cases that year alone.

The massive insecticide use in response has led to an high increase in insecticide resistance in Aedes mosquitoes harvested in the epidemic regions of China.

The Aedes mosquito is expected to spread as a result of climate change, and put pressure on public health services in areas that may be poorly prepared. Earth.Org has modelled the spread of this species from 2000 to 2100 using data from the National Center for Atmospheric Research’s Community Climate System Model (CCSM 4) for the RCP 8.5 ‘business-as-usual’ scenario. 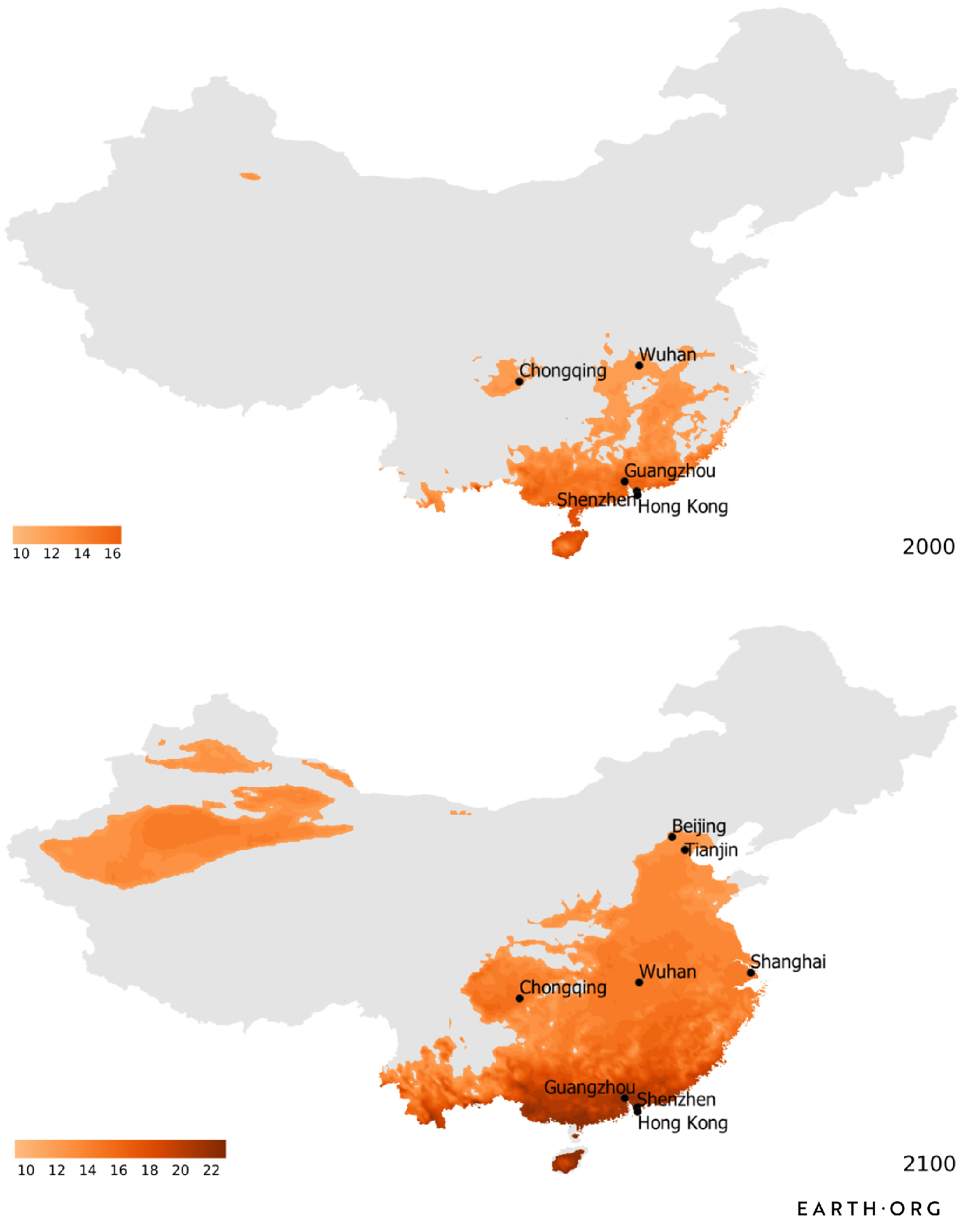 Figure 2. Average number of annual life cycle completions (LCC) of Aedes aegypti ≥10 across China. The threshold of 10 LCC defines the area in which the species can become permanently established. Iwamura et al. (2020) determined this threshold “based on the frequencies of LCC values extracted to the historical occurrence records of Ae. aegypti”. The projected distribution for the period 2095 to 2099 is under RCP 8.5.

The projected range increase for Aedes mosquitoes puts a massive amount of people at risk, concentrated in many of China’s mega-cities. It is crucial for public health services to take such forecasts into account, mitigate climate change and prepare adequate safety measures if they are to avoid huge outbreaks.

We assume that mosquito range follows optimal temperature ranges, and although there are other complicating factors, results suggest that there will be a globally and significant expansion of range. We measure spread by life cycle completions (LCC) using the statistical computing platform R with modelling developed by Iwamura et al. (2020).