Cholera is a disease still currently present, usually found in water or food contaminated with a cholera-infected persons’ feces. Though treatable today, it is estimated that there are still 1.3 to 4 million cases and 21,000 to 143,000 deaths worldwide per year. Earth.org has mapped the third and deadliest cholera pandemic.

The first cholera pandemic began in 1817 in the Ganges Delta (Jessore, India), where contaminated rice started the Cholera outbreak. While there is no proof of exactly when Cholera began, evidence shows earlier cholera outbreaks, as seen from records of an outbreak of a disease with similar symptoms in the Ganges Delta in 1543. There is a deep-rooted history with cholera around India and the Bay of Bengal, manifested by the worship of Oladevi, goddess of cholera, who saves her devotees from the disease.

Historically, there were seven cholera pandemics, of which the deadliest was the third, resulting in 23,000 deaths in Great Britain alone. While the spread of the First and Second Pandemic were more step-by-step, the severity of the Third Pandemic was resultant of both local recurrences as well as new imports, resulting in more lulls and resurgences.

Similar to the First and Second, the Third Cholera Pandemic originated in India, beginning with an outbreak in the Lower Bengal area in 1837. It spread west reaching Kabul, in Afghanistan, and was then carried to South-east Asia by British Troops en route to Britain’s Straits Settlements (near Singapore). It then spread west again into Iran and Derbent, the southern-most city in Russia. 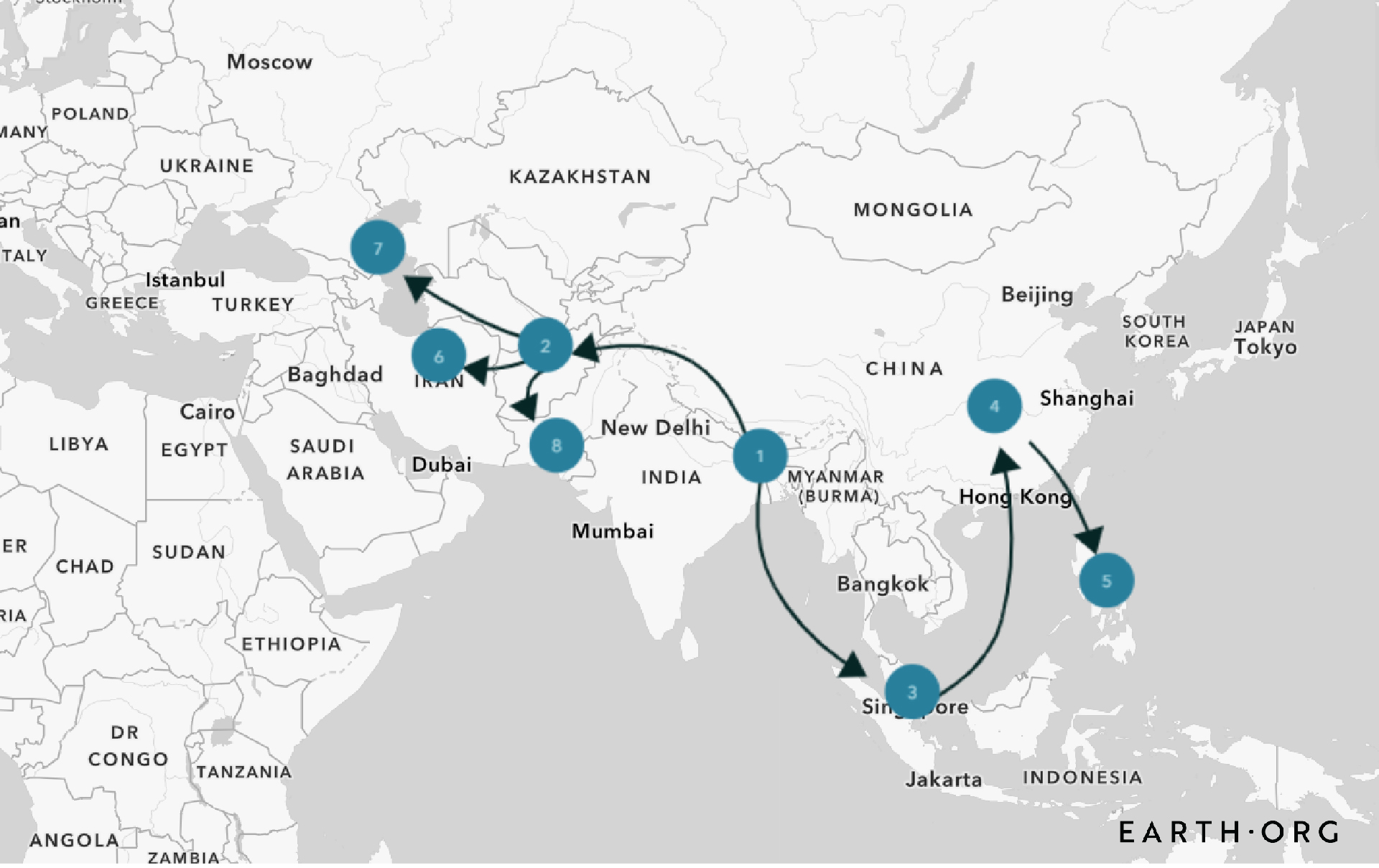 Cholera reappeared in the Lower Bengal region in 1845, spreading around the region and westward, across the Arabian coast on shipping routes. It then spread north towards Iran and Iraq, where the rivers Tigris and Euphrates helped the propagation of the disease. 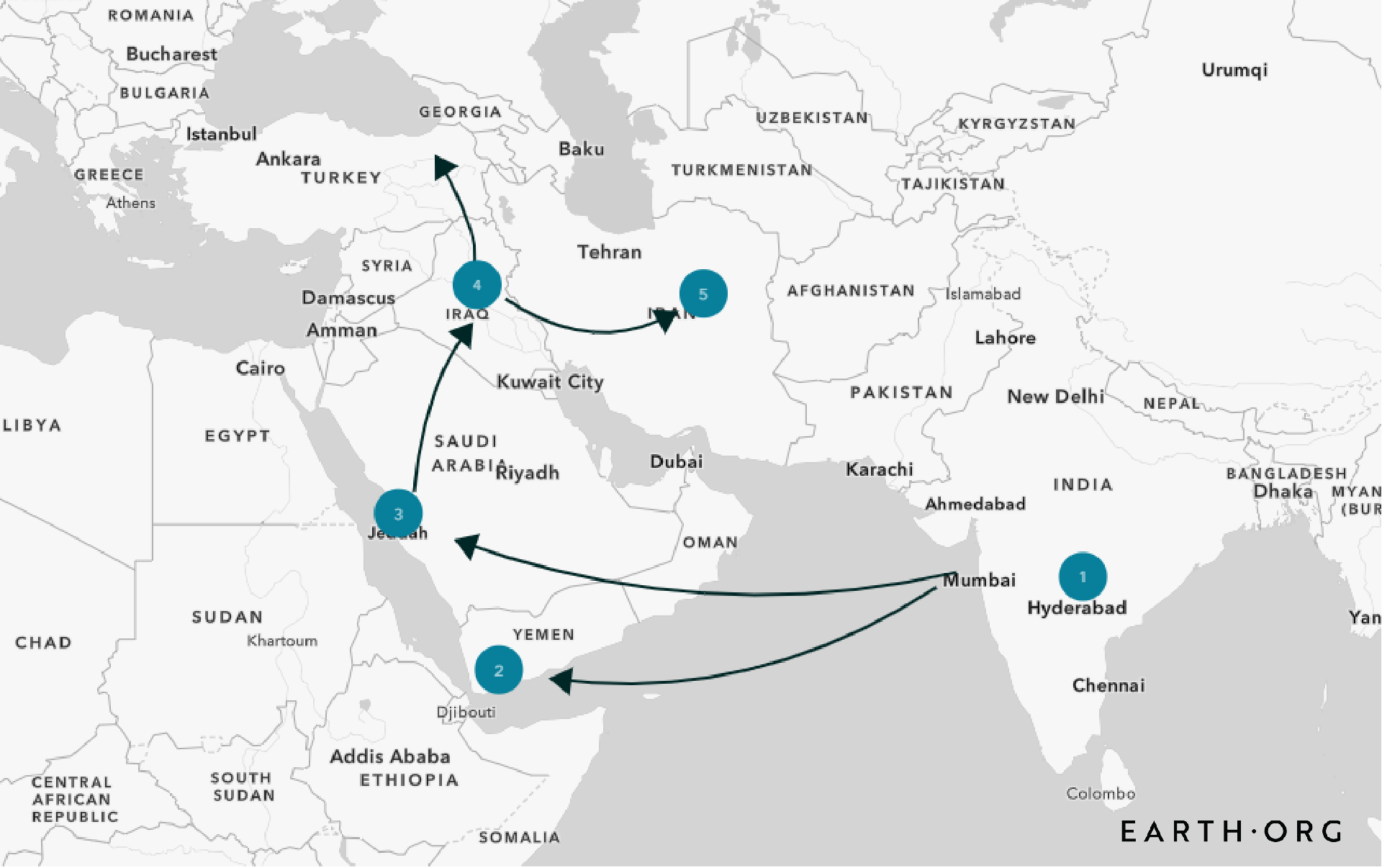 The Derbent outbreak in 1847 significantly impacted Russia. It spread across Russia, partially aided by the River Volga. This phase contributed a lot to the 1 million deaths in Russia during this pandemic.

The cholera found its way to the Black Sea, towards Constantinople, an important center of transport and trade at the time (also an epicenter for the Black Plague). In 1848, Cholera reached Europe, spreading from Norway to England, Spain and the Balkan countries. North Africa was also affected when Muslim pilgrims from cholera-rampant Mecca returned to Egypt.

One year later, it was carried by boat to New York and New Orleans. At the time, North Americans shipped large amounts of water around the country, often up the Ohio and Mississippi Rivers. Since cholera spreads through infected water, this led to some bad outbreaks that claimed around 150,000 lives.

Fourth Phase (included in the map above)

This phase of outbreaks included both local recurrences and new imports. Europe underwent its most intense revolutionary period at this time, known by some as the Spring of Nations. Italy fought to free itself from Austrian rule in 1849, and troop movements around the Mediterranean helped create another wave of infections.

Cholera reached China and Japan in the early 1850s, and the Philippines and Korea toward the end of the decade. These countries went on to have many more outbreaks before the end of the century. Many more countries were affected, but the most significant outbreak occurred on Broad Street in New York City in 1854. Only 616 people died, but John Snow found out that cholera spread through contaminated water, rather than air particles called “miasma”.