Plastic Straws: Where Are We Now?

The world has its eyes on single-use plastic items, especially plastic straws, since 2018. Bans or stricter regulations on the use of plastic items are frequently discussed in renowned international or regional organisations such as European Union (EU) and The United Nations (UN).

Back in 2011, 9-year-old Milo Cress from Colorado, US, started a campaign called “Be Straw Free” in order to raise public awareness on unnecessary plastic waste in restaurants. His project soon caught the attention of the press and soon Milo became a forerunner in the global discussion on plastic waste. In response to Cress’s efforts, Colorado Gov. John Hickenlooper declared July 11 as “Straw Free Day” in 2013.

Fast forward to 2017, Lonely Whale Foundation launched a first of its kind campaign in the city of Seattle,  “Strawless In Seattle”. In September alone, 2.3 million single-use plastic straws were permanently removed from the city.

A year later, Lovely Whale and other like-minded organisations collaborated with Surfrider Foundation with the aim of legalising the plastic straw ban. As the groundswell grew, a ban on plastic straws and utensils was enacted in Seattle in July 2018 and it has become the first major U.S. city to have such a measure on plastic products.

The movement has picked up momentum since then, more cities and countries have jumped on board. 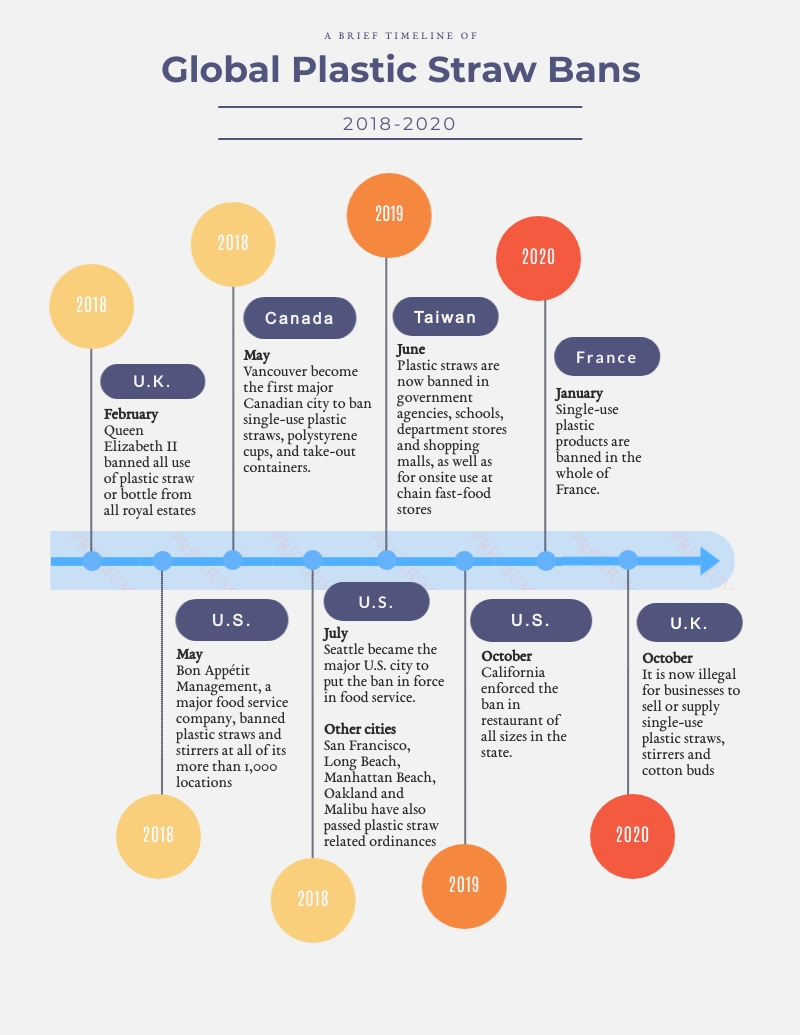 What to expect: future action on plastic includes the following.

This article was written by Winky Leung. Cover Photo by Angela Compagnone on Unsplash.