Satellite data provides unprecedented information on the world we live in. Its global coverage and constant updates shed light on the interplay between humans and climate. A relatively novel application of satellite data is to track vector-borne disease spread, helping healthcare to be prepared and save more lives.

What is vector-borne disease?

By studying weather conditions leading up to outbreaks of the afore-mentioned examples, specific patterns were observed. Since we now have an idea of the kind of weather that leads to disease spread, combining this with near-real time satellite information allows us to make informed decisions ahead of time. The more data we compile, the better we can model and predict our weather and the associated consequences.

Why does this matter?

Not much attention and resources have been put on neglected tropical disease like those mentioned above because they generally afflict the world’s poorest. Nonetheless, these illnesses are a huge burden on global health, affecting around a 6th of the world’s population at all times. 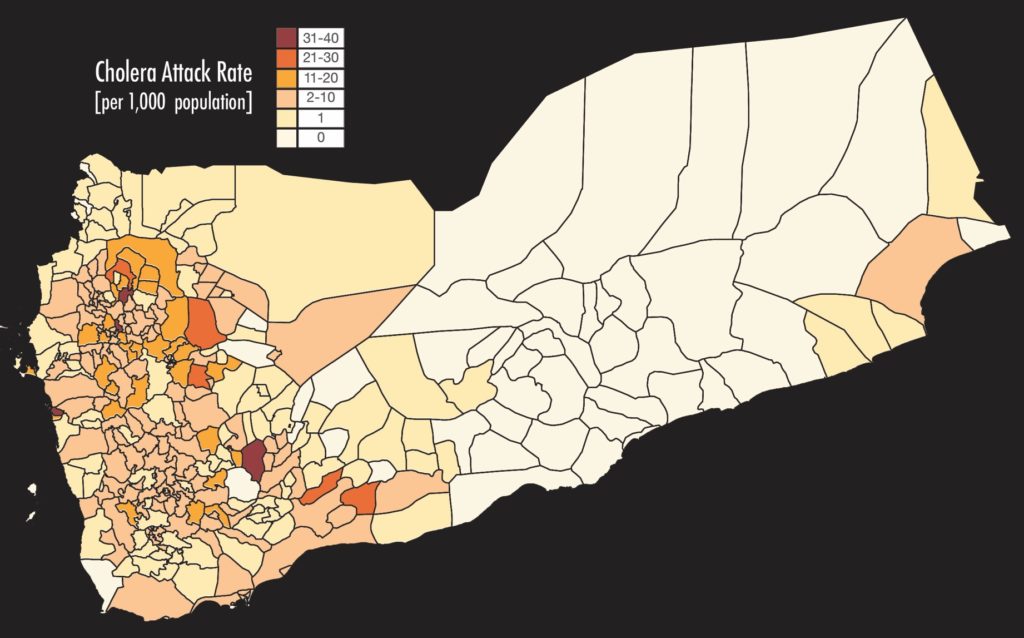 Distribution of cholera cases in 2017 in Yemen. Results from Antar Jutla’s model (Source:https://www.nasa.gov/press-release/nasa-investment-in-cholera-forecasts-helps-save-lives-in-yemen) 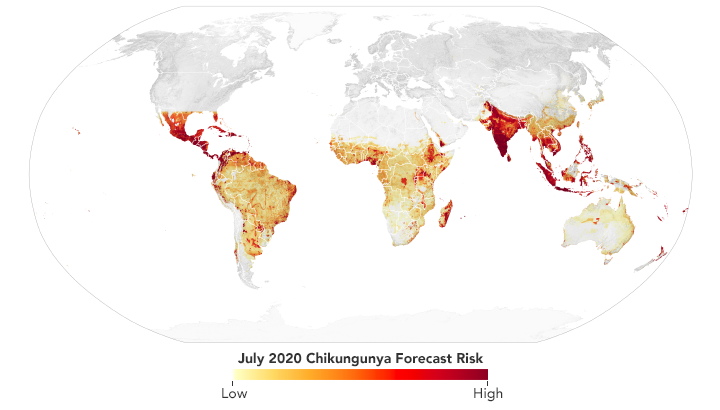 A prediction map on the spread of chikungunya across the world in July 2020 (Source: https://vbd.usra.edu/).

Advanced satellites have opened new doors for disease tracking and prevention. Ailments that were once too difficult to tackle can now be monitored remotely with fewer, but higher-quality resources. The effort to result ratio is now too attractive to be ignored, and we can finally address issues that have been hampering global well-being and development in less developed countries.