As many have noticed, Brazil and the Amazon basin have been experiencing a deepening drought over the last decades, but floods are five times more frequent than a hundred years ago. Intensifying flood events result in casualties, property and agricultural losses, and sea level rise is expected to increase their likelihood.

The Amazon River Delta is the largest in the world by quite a wide margin. It discharges a fifth of all ocean-bound freshwater into the Atlantic, more than the next seven largest rivers combined. The low-lying wetlands around the Amazon riverbed are incredibly rich in resources and biodiversity, and provide sustenance and livelihoods to around 1.5 million locals.

Humans have often opted to develop communities around deltas, as they offer an interface between land, freshwater and the sea. The Amazon Delta is no exception, and the increasing pace of urbanization and commercial activities in the area are straining its natural resources and resilience. This is partly due to a massive influx of people from the more arid Northeast of Brazil, and other, less economically vibrant locations. While the Delta has seen less environmental degradation than other parts of the Amazon, the rapid development based around forestry and agroforestry has led to poorly developed urban settlements, sometimes lacking basic sanitation and infrastructure.

As sea level rise increases the likelihood of intense floods, many of the aforementioned agglomerations will suffer heavy damage to what infrastructure they have, and their inhabitants will risk disease from poor sewage dissemination in the flood waters and mosquito proliferation. 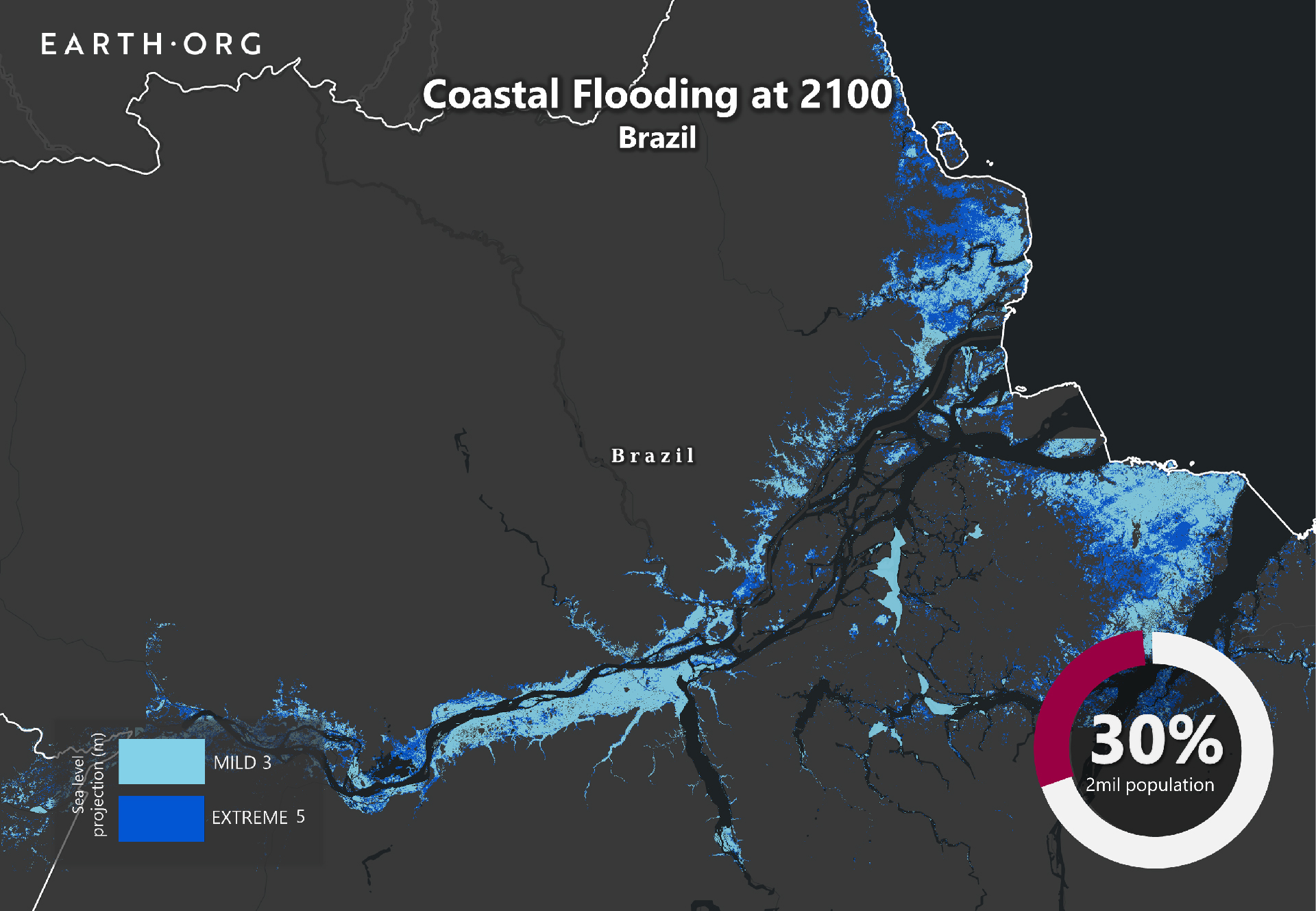